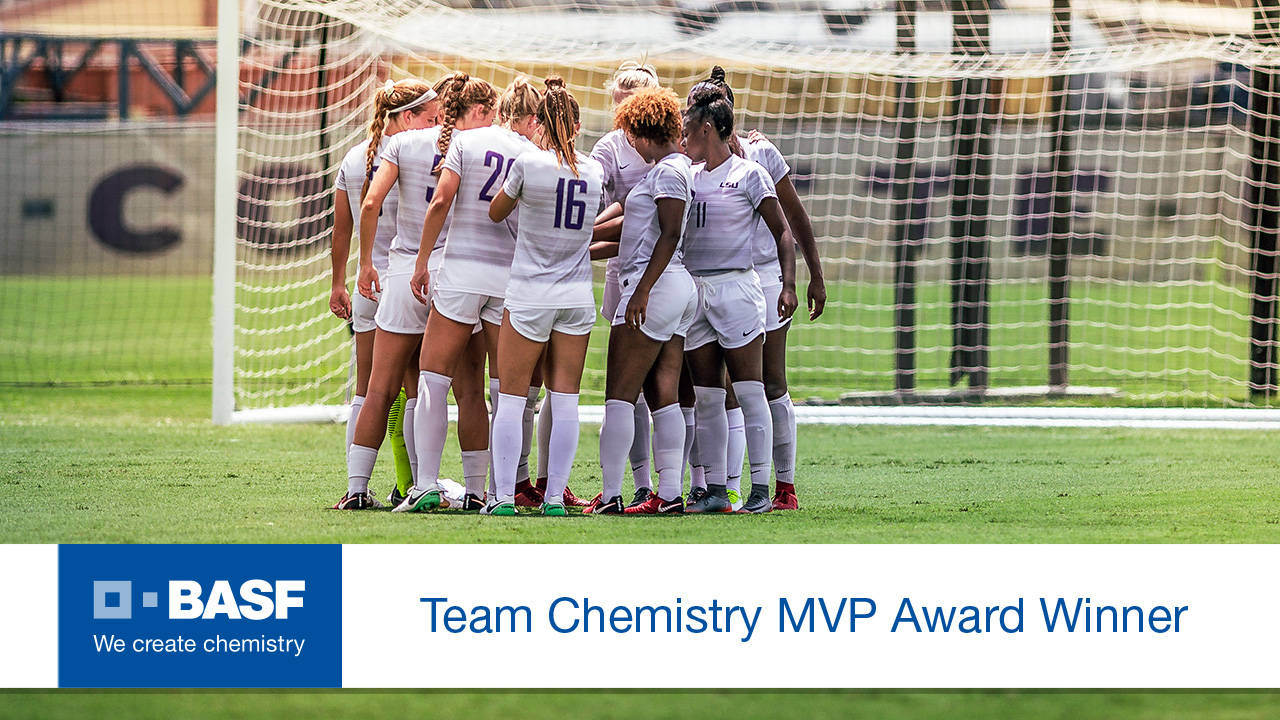 Baton Rouge, La. – The LSU soccer squad is the recipient of the BASF Team Chemistry MVP Award for the month of August.

The Tigers opened their 2018 slate with three wins in the opening month of the season with victories over Liberty, Texas State and South Alabama, and their only loss of the season came against Villanova in the season opener.

Freshman Abbey Newton‘s first-career goal led the Tigers to a 1-0 win on the road at Liberty on Aug. 23. Newton scored her goal off an assist from Adrienne Richardson in the 61st minute of the contest. The play started with Tinaya Alexander making her way into the right side of the box before passing it off to Richardson. A quick, one-touch shot from Richardson caromed off the left post before Newton gathered the rebound and put it past the Liberty goalkeeper.

Against Texas State on Aug. 26, Richardson registered the first multi-goal game of her collegiate career. She scored goals in the 21st and 71st minutes to help lead LSU to a 2-0 triumph over the Bobcats. Tinaya Alexander assisted on both of Richardson’s goals, and Newton and Lindsey Eaton were also credited with assists in the match.

Most recently, the Tigers traveled to Mobile, Ala., and picked up a 1-0 victory over South Alabama on Aug. 30. Marlena Cutura‘s first-career goal came in the 31st minute of the match and it proved to be the game winner. After South Alabama completely failed to clear a ball that was entered into the box by LSU, Cutura gained possession of the ball just outside the top of the 18. Her strike from about 22 yards out cleared the leaping keeper and rattled in off the crossbar. Caroline Brockmeier registered a season-high six saves in the win over the Jaguars.

One common denominator in LSU’s last three wins has been the play of Brockmeier. Along with LSU’s backline, Brockmeier has not allowed a goal in the last 270 minutes of play to earn the 15th, 16th and 17th shutouts of her career. Her 17-career shutouts in the Purple and Gold are tied for the second most in program history alongside current assistant coach Megan Kinneman. Brockmeier has racked up 11 saves over the three-match shutout stretch.

The Tigers are in action Tuesday night at Lamar at 7 p.m. CT on Cox Sports Television.