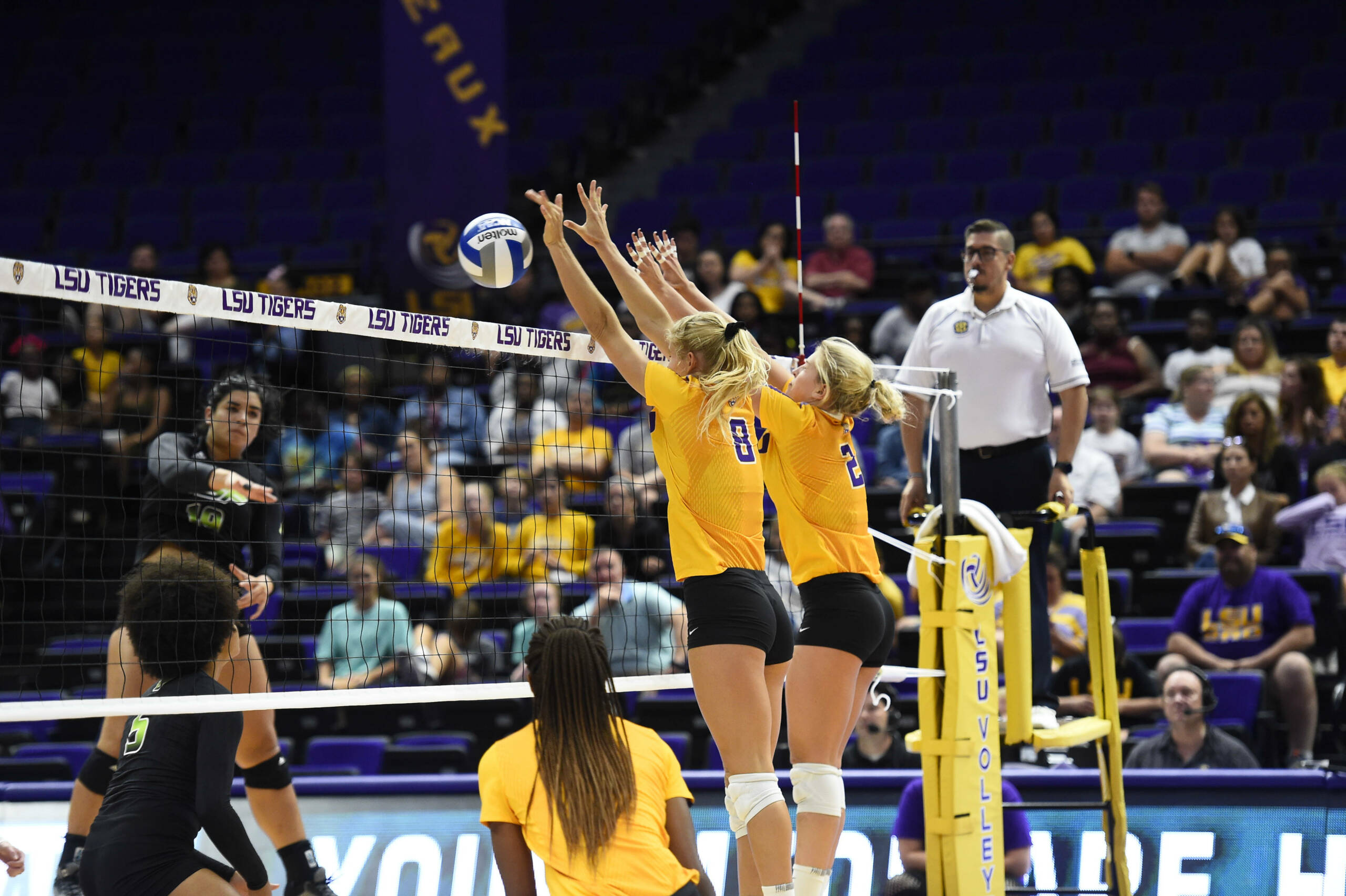 Sophomore Taylor Bannister led the Tigers for the sixth-straight match with 19 kills. Sophomore Raigen Cianciulli anchored the back row once again with 19 digs. Junior setter Anna Zwiebel finished the match with 35 assists and 10 digs, her first double-double of the season.

Notables
• Bannister finished the match with a career high of 6 digs.
• Two players finished in double-digit kills (Bannister 19, Rodriguez 15).
• Bannister’s 19 kills was her sixth-straight match in double-digits.
• Cianciulli’s 19 digs was a season-high and her sixth-straight match in double digits.
• Three players finished with double-digit digs. (Cianciulli 19, Katie Kampen 11, Anna Zwiebel 10)
• LSU is now 1-2 in the Pete Maravich Assembly Center this season.
• Zwiebel’s double-double of 35 assists and 10 digs was her first double-double of 2018 and her 18th in her career. The double-double was also her second against USF. She finished the USF match in 2017 32 assists and 11 digs.

“We played hard. We actually played efficiently at times, but this team has to learn how to win. We can create that in practice a little bit. Definitely not the performance I expected. I thought we’d come out gritty and we did for a little bit, we just didn’t sustain it long enough. When you out play a person as we did on the stat sheet, it’s hard to understand how the heck you lose a match like this. We just couldn’t make the play when we needed to make a play.”

“We don’t play confidently. We don’t play like we’re in control. We as a coaching staff have to find how to get that out of these kids. Our setting has to get a lot better and I was disappointed in that throughout the whole weekend, but we’ll go back to work in the gym and see if we can create a better situation for us.”