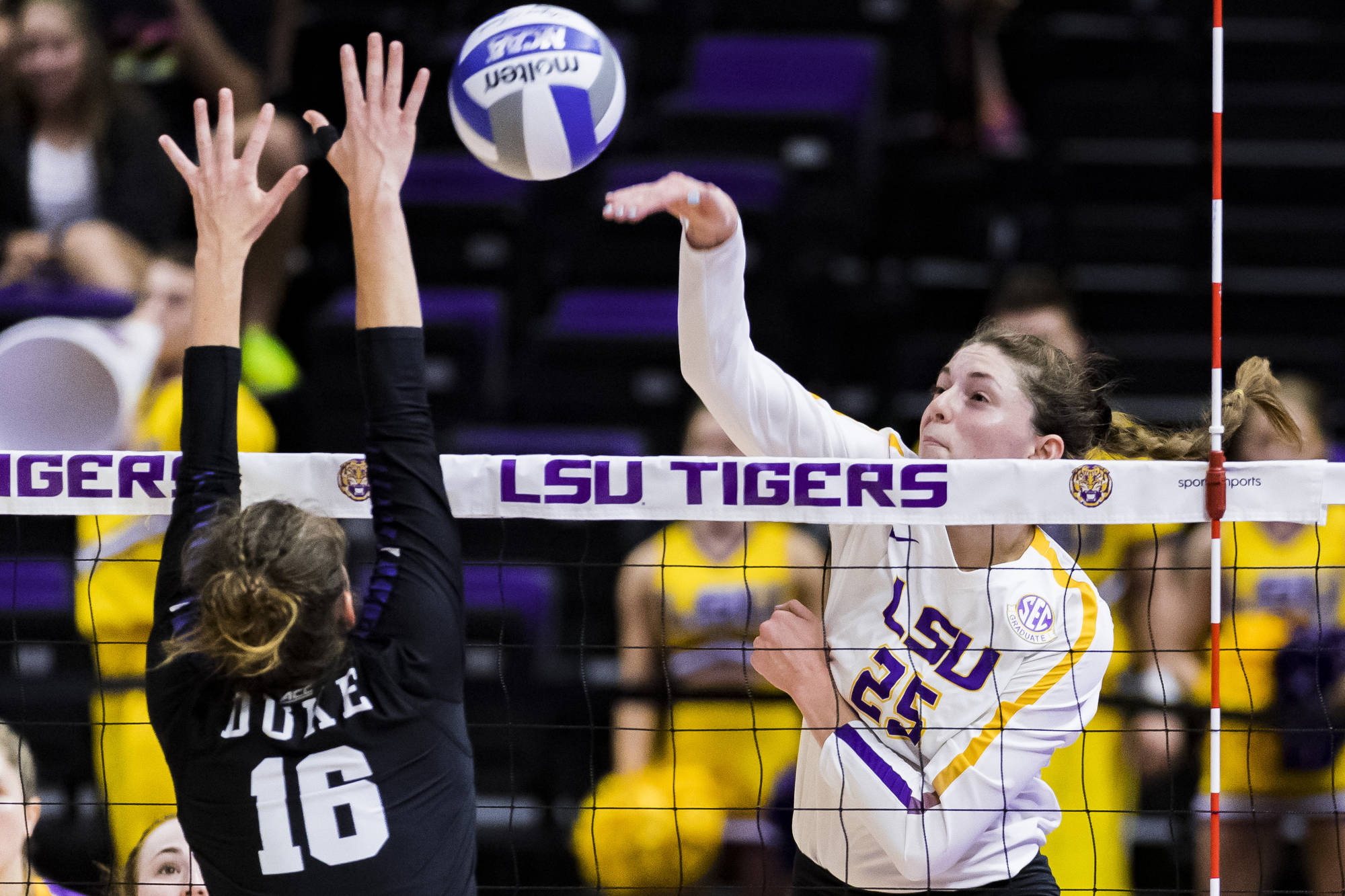 Once again, sophomore Taylor Bannister led the offense with a match-high 17 kills. Lindsay Flory finished with 31 assists, while Raigen Cianciulli anchored the defense with a season-high 16 digs.

“I’m disappointed in the outcome. I think we’re getting better as we go, but I don’t think we had the fight. I don’t think we had the drive tonight for whatever reason. I believe that we have the right people, but we didn’t have the right court demeanor. We got out volleyed. Duke is a very good ball control team. We couldn’t break their serve receive.”

On preparations for USF in the morning….

“We have a game plan already put together. We’ll watch more film tonight and have a nice little game plan talk tomorrow. They’re a very good team. They fight for every point. It will be a battle of who can sustain.”