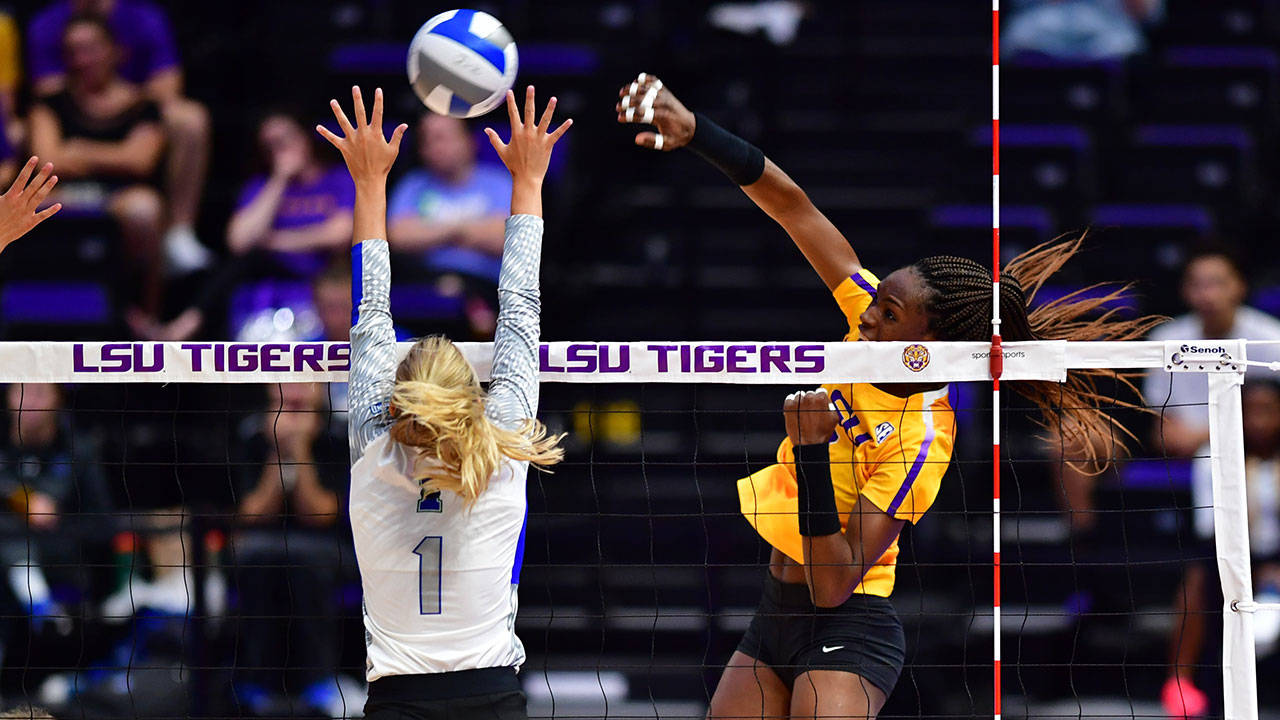 BATON ROUGE  –  The LSU volleyball team put together a dominating performance in the first match of the Tiger Classic, sweeping Texas A&M Corpus Christi by scores of 25-10, 25-13, 25-19 inside the Maravich Center Friday afternoon.

Sophomore Taylor Bannister led the attack with 20 kills and a .469 hitting percentage. Senior Lindsay Flory finished the match with her first double-double of the season of 33 assists and 11 digs. Sophomore Raigen Cianciulli anchored the back row with 15 digs.

FLORY’S FINAL THOUGHTS
Opening Statement…
“I’m excited about the win. And I’m excited about how we won. We worked all week to get that fight and that drive and that edge, and I thought we had and we never let it go. I’m super proud of the effort and defensively we were solid, but offensively, we kind of found ourselves, so I’m excited to see where we can go and how far we can get from this.”

On Taylor Bannister‘s performance…
“Taylor Bannister is the real deal and she can carry this team but for us to go as far as we want to go we have to be a balanced offensive team so we’re going have to get our middles back involved.”

On how the crowd impacted the game…
“This was amazing. To have all the school kids here dancing, it was an amazing mid-day atmosphere. I cannot say enough about our promotions and marketing department to bring all of them here. Thank goodness East Baton Rouge Parish Schools would allow that. What a great field trip and the bottom-line is maybe we grew some volleyball fans out of that and maybe we have future Tigers that were watching as six or seven-year old’s today. What a great environment and it could not have been any better.”