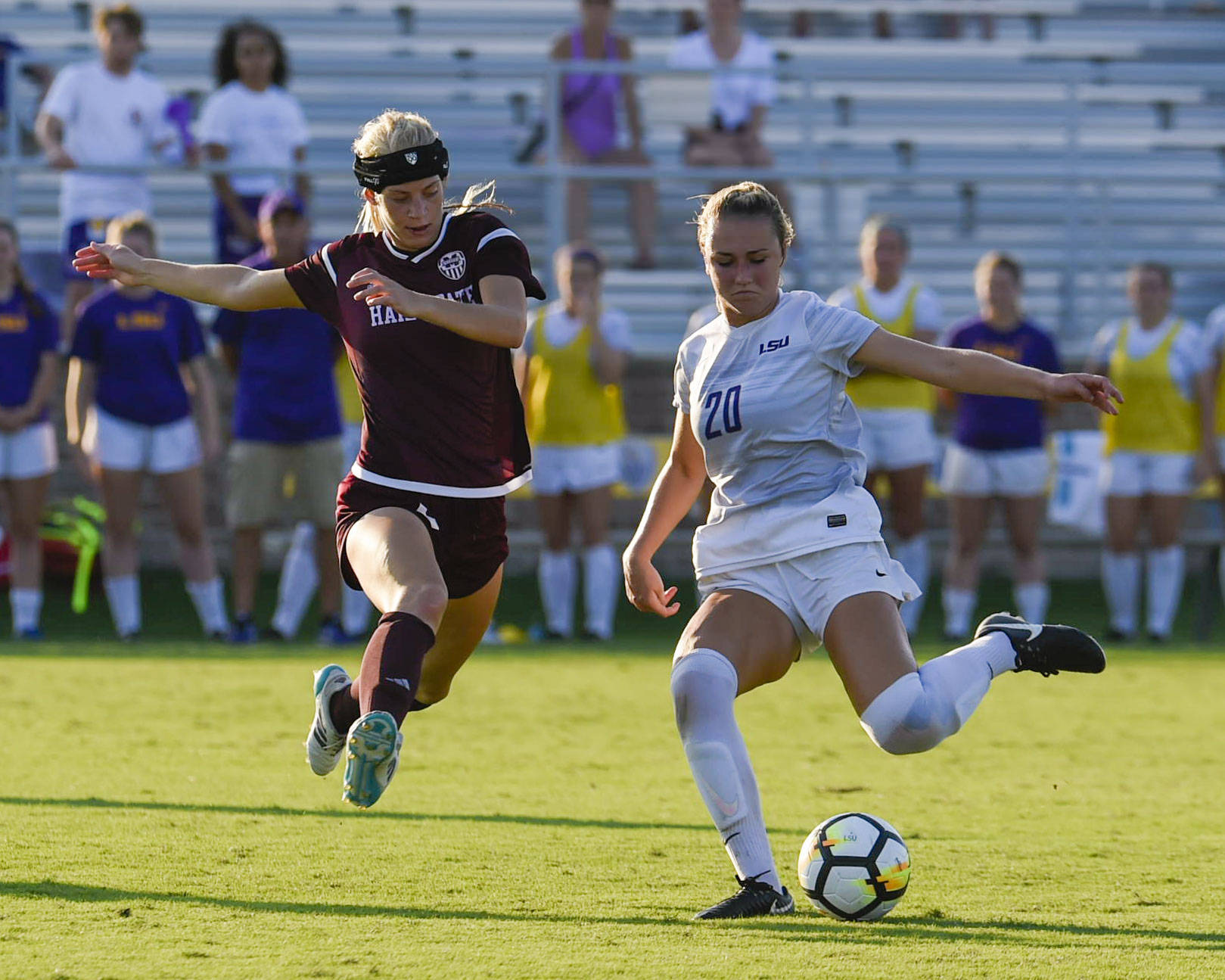 Mobile, Ala. – Marlena Cutura‘s goal in the 31st minute of LSU’s match against South Alabama on Thursday night gave the Tigers a 1-0 victory at the South Alabama Soccer Complex. The win is the third straight for the Tigers and it pushes their record to 3-1-0 on the season.

The Tigers started the game with one of their best stretches of play they’ve had all season. In the first 14 minutes of play, LSU had five shots on goal. Adrienne Richardson got the shooting barrage starting with a shot on goal 19 seconds into the match after Abbey Newton sent her in deep early on. Reese Moffatt‘s shot in the sixth minute made it past the keeper, but her high-arching shot was cleared away by a South Alabama defender. The offensive onslaught continued in the 13th minute with Cutura’s first shot on goal, and then in the 14th minute she added another on goal along with Tinaya Alexander.

All those offensive chances came to a highpoint with Cutura’s first career goal in the 31st minute. After a cross was sent in by Abbey Newton and South Alabama failed to clear it, Cutura found the ball in her possession just outside the box (around 22 yards out). Her shot beat the leaping keeper of South Alabama and it rattled in off the crossbar in what would prove to be the game winner.

“It’s a really hard place to play to start with,” head coach Brian Lee said of the trip to Mobile. “I thought we came out and played extremely well, probably the best 30 minutes of our season. Marlena has been close plenty of times in her career, and tonight she had three or four chances in those first 30 minutes. She can shoot with both feet and she’s a good attacking player, so one of those was bound to go in.”

South Alabama’s best chance of the first half came in the 36th minute. Setting up for their second corner of the half, the Jaguars initial corner was deflected by LSU’s goalie, Caroline Brockmeier, before a South Alabama attacker was able to get a shot off. The shot by South Alabama’s Brianna Mascia was blocked by Chiara Ritchie-Williams and cleared away. Before the end of the first half, South Alabama registered their first two shots on goal of the game and Brockmeier was up to the task for both of them to help LSU maintain its 1-0 heading into halftime.

Tallying two saves in the first half, Brockmeier was tested a bit more frequently in the second half. The best chance of the game came for South Alabama in the 72nd minute. As a building attack mounted for the Jaguars, Ana Helmert found herself with some space to work as she entered the right side of the box. She took one dribble and ripped a firm shot from about 14 yards out that Brockmeier saved. Brockmeier saved three other shots in the final 45 minutes of play to record the 17th shutout of her career, and her third straight of the season. With 17 career shutouts, Brockmeier now has the second most in program history alongside her coach Megan Kinneman. Mo Isom in the program leader with 30.

The Tigers had a couple of chances in the final 15 minutes of play to extend their lead to 2-0, but they were unable to cash any of them in. The best opportunity came in the 89th minute when Alexander dished a nice pass off to the left side of the box to a charging Newton, but Newton’s curling shot went wide right. Molly Thompson utilized her amazing speed and registered a shot that went wide left from about 12 yards out after disposing of a South Alabama defender in the 82nd minute. Just prior to that, Thompson was the beneficiary of a well-played lead ball from Newton on the right side of the pitch. Thompson ran it down and crossed it into the box, but it was secured by the South Alabama keeper.

LSU will have a four-day break before their next match of the 2018 season. The Tigers will travel to Beaumont, Texas, for a Tuesday evening game against Lamar that will air on Cox Sports Television at 7 p.m. CT.