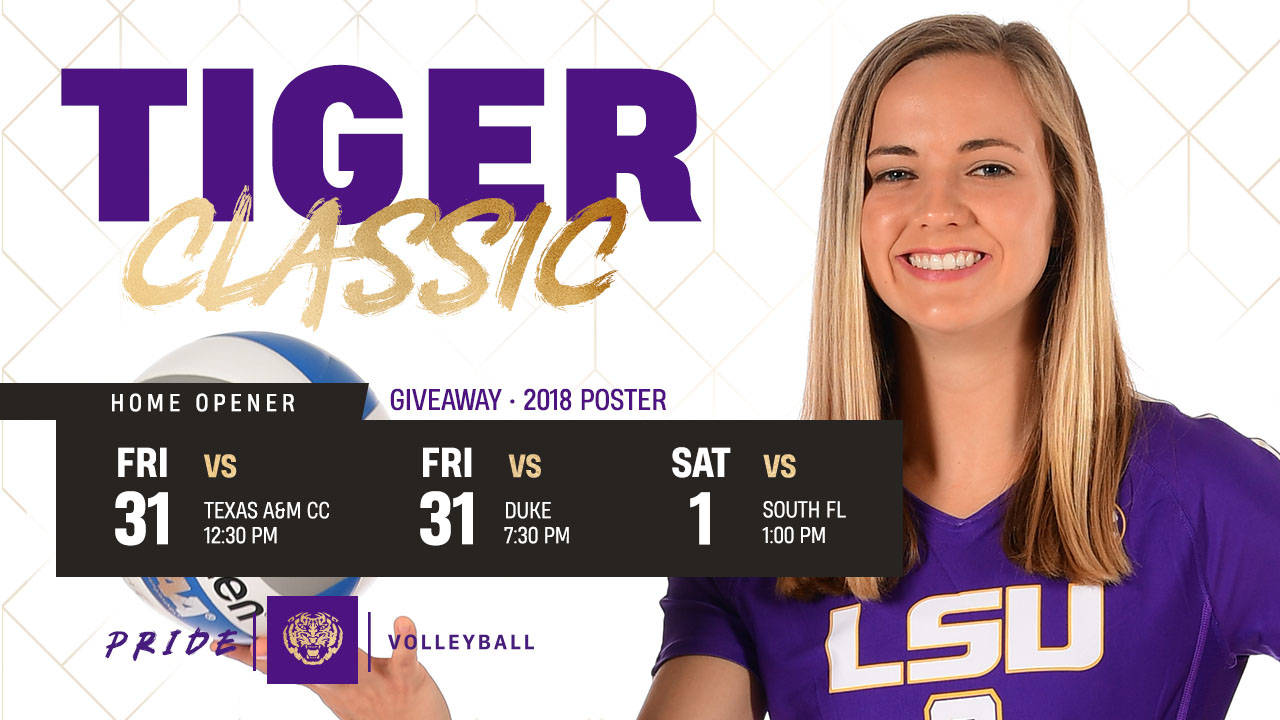 BATON ROUGE – The LSU volleyball team opens up its home schedule this weekend, playing host to the Tiger Classic Friday and Saturday inside the Pete Maravich Assembly Center. All matches are FREE.

For all Tiger Classic information and results, click here.

LSU’s matches with Duke and USF will stream live on SEC Network+. Lynn Rollins and Garrett Walvoord will be on the call. Live stats will be available for all matches of the Tigers Classic online at LSUsports.net, and there will be live match updates through the team’s Twitter (@LSUvolleyball).

>> LSU went 1-2 at the Baylor Invitational last weekend, earning its first win of the 2018 season over Texas State in the final match of the weekend.

>> Taylor Bannister, a 2017 All-American, led the Tigers’ offense last weekend with 3.64 kills per set. She finished each of the three matches in double-digit kills.

>> Raigen Cianciulli anchored the back row with 3.36 digs per set. She finished each of the three matches with double-digit digs.

>> The Tigers finished last season with a 20-10 overall record, ending their season in the first round of the NCAA Tournament against San Diego in the Southern California Regional.

Volleyball Social Center For all of the latest news and information on Tiger volleyball, visit www.lsusports.net/volleyball. Fans can also follow the program on its social media outlets at www.Facebook.com/lsuvolleyball along with @lsuvolleyball and @lsucoachfran on Twitter and @lsuvolleyball on Instagram.