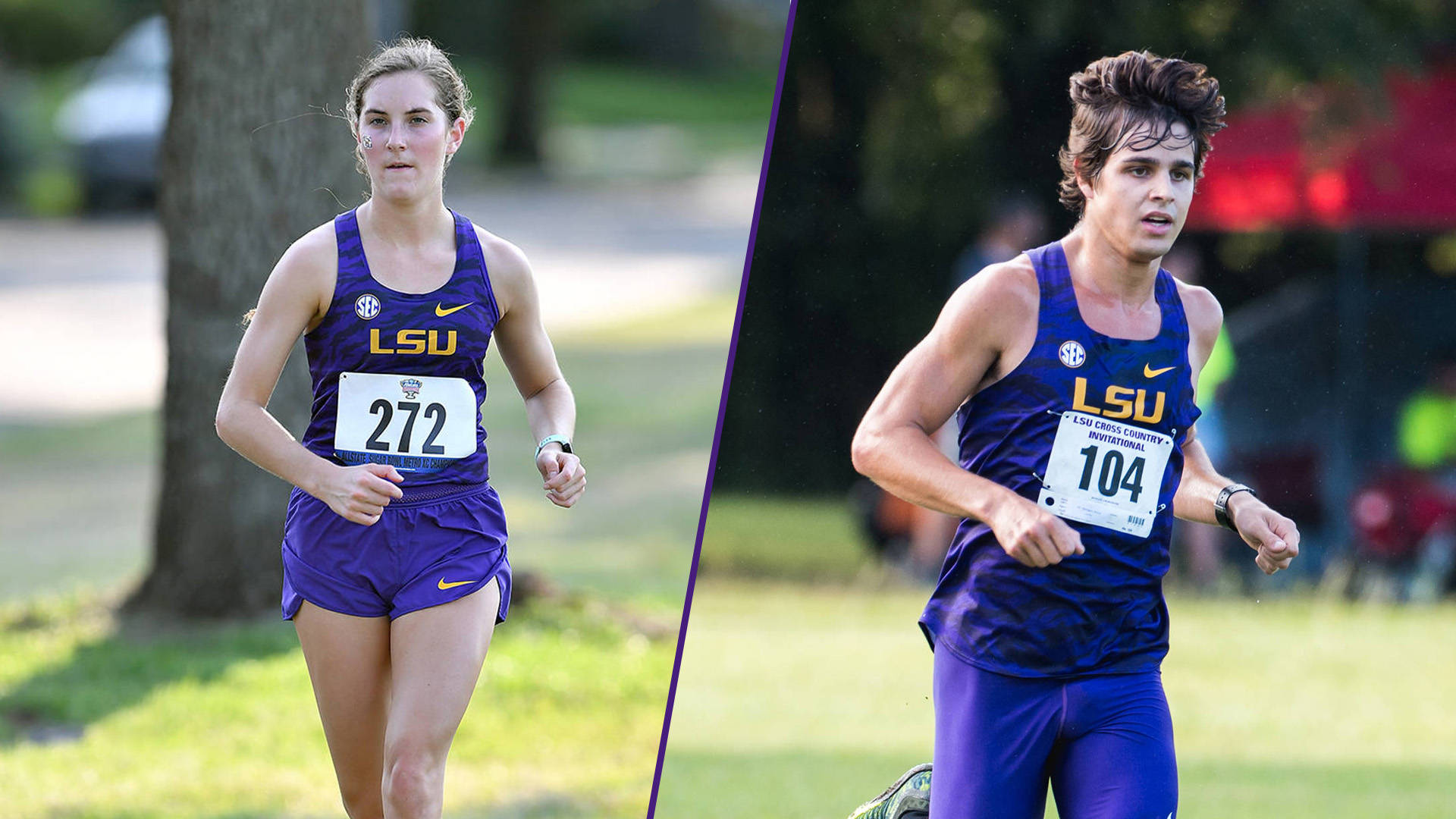 Baton Rouge, La. – The LSU men’s and women’s cross country teams will begin their 2018 season on Friday night at the McNeese Opener in Lake Charles, La. The women’s race is scheduled to begin at 6 p.m. CT, and the men’s race will follow at 6:30 p.m.

The women will be traversing a 3k course at the Enos Derbonne Sports Complex while the men will run a 4k. The Tigers will be competing against five Louisiana foes – Southeastern, UL-Lafayette, Southern, Northwestern State and the host, McNeese State.

“It’s been a good week and a half of training leading up to our first meet,” cross country head coach Mark Rinker said. “Our women are well ahead of where they were from last year at this time. It’s been exciting to see some of the freshman come in and push through the workouts. Our men are super young; we will have five freshman that will be in our top seven or eight.”

Cross country head coach @Rink_11 talks about the first week and a half of training and the season opener Friday night in Lake Charles. pic.twitter.com/ZBxGrsF8JD

The women will rely heavily on the trio of Ersula Farrow, Hannah Bourque and Erika Lewis in 2018. Lewis and Farrow scored in all seven meets for the Tigers in 2017 and Bourqe did so in six out of seven meets. Farrow returns as the low stick for the Tigers as she was the top LSU finisher in the final six meets of the 2017 season. She closed out the season with a 27th-place finish at the NCAA South Central in College Station, Texas, with a clocking of 20:46.70 over the 6,000-kilometer course.

Hollie Parker will have more of a well-known presence on the cross country squad in 2018 after only running in one race in 2017, and British newcomer Katy-Ann McDonald will have a chance to crack the starting lineup as the season progresses.

The men’s top two returners are Eric Coston and Harrison Martingayle. Coston earned All-Freshman honors in the SEC a year ago after a 34th-place showing at the SEC Championships in Athens, Ga., with an 8k time of 24:55.80. Coston was the top LSU finisher at four of seven meets during his first season in Baton Rouge. Martingayle scored in every single race for the Tigers in 2017; he was LSU’s top finisher at the 2017 season opener down in New Orleans and he had a three-race stretch from mid-September to mid-October where he was the Tigers’ No. 2 runner.

After the season opener at Lake Charles, LSU will host its only meet of 2017 with the LSU Invitational on Sept. 15 at the Highland Road Park. Following the home meet, the Tigers will travel to South Bend, Ind., for the Joe Piane Invitational on Sept. 28. The final regular season meet of the season with be the Texas A&M Arturo Barrios Invitational that will take place on Oct. 13 in College Station, Texas.

The SEC Championships will be hosted by Auburn at the Indian Pines Golf Club on Friday, Oct. 26. The postseason schedule will continue with the NCAA South Central Regional in College Station, Texas, on Nov. 9 before the NCAA Championships take place on Nov. 17 in Madison, Wisc.