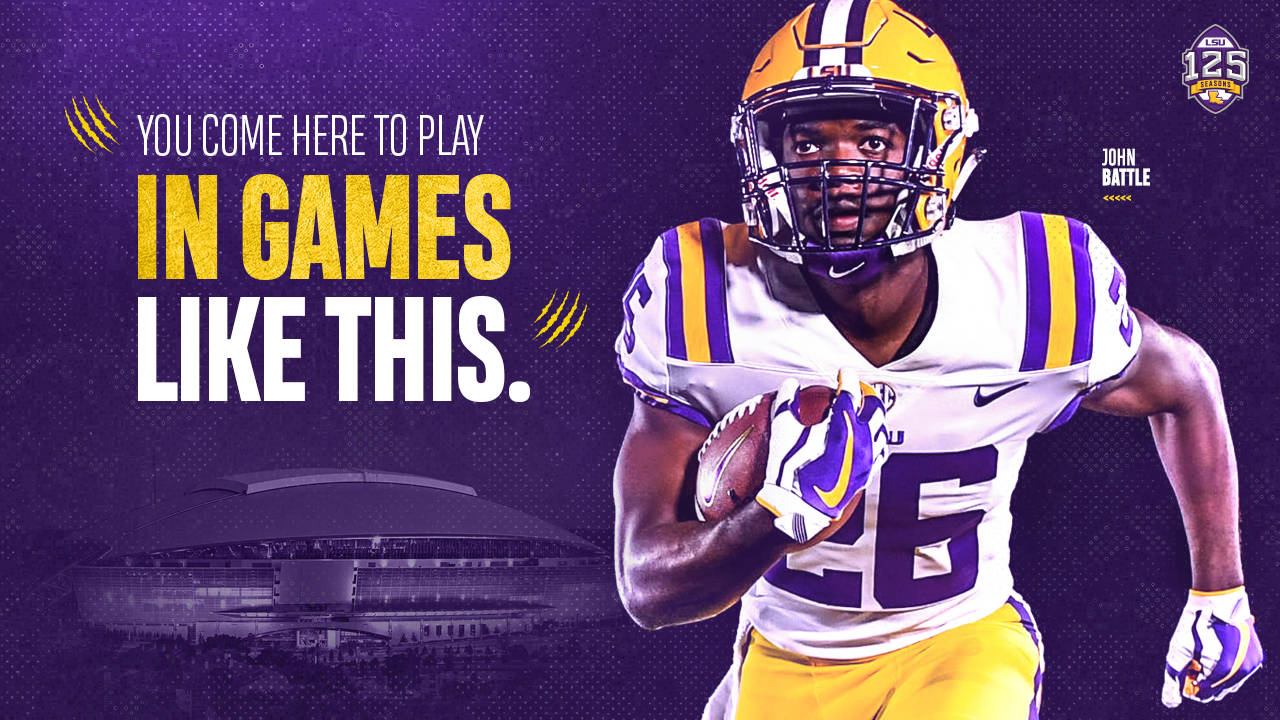 The first kickoff of the season. The competition at several key positions. Even the safeties on the two teams set to face off Sunday in Arlington.

Here’s where things stand before LSU heads to Texas to take on Miami this weekend.

Ed Orgeron‘s teams never lack for energy, and season openers bring an excitement all on their own. But couple those factors with the stakes on Sunday, and it’s easy to see why there was such a palpable buzz around the program Monday.

Simply Put: “Sunday night, prime time, against a top-10 opponent like Miami, first game of the season,” said junior wide receiver Jonathan Giles. “If you can’t get excited for this game, there’s no point in playing football.”

LSU has a stellar track record of success at AT&T Stadium. The Tigers have won all three contests they’ve played there, all against ranked foes.

“You come here to play in games like this,” said senior safety John Battle: “I remember growing up watching LSU and Oregon play in Dallas. I remember how they came out, everybody said Oregon would put up 70 points, and LSU came out and dominated. I said, ‘Man, I want to play for a team like that.'”

…You have to survive and conquer. I’d associate it with learning how to swim for the first time…in the deep end.”

Camp may be done, but the competition is not. On Monday, Orgeron highlighted several key position battles on both sides of the ball that will play out this week.

Also: Keep an eye on the battle at nickel between Vincent and Stanford grad transfer Terrence Alexander.

This contest has a particularly familial feel to Battle, a south Florida native whose high school sits just 23 miles north of Coral Gables.

It’s not just about proximity, however. Battle and Miami All-American safety Jaquan Johnson are practically family who call themselves cousins.

Battle’s mother called him this weekend for his approval of a two-sided t-shirt featuring Battle on one side and Johnson on the other.

“Of course, I got the front,” Battle laughed.

“We talk three or four times during the season to see how everything’s going,” Battle said. “We haven’t been talking as of lately. Right now, he’s the enemy.”

The friends have been enemies before. They were longtime Pee Wee football teammates on the Richmond Giants, before Battle left to play for the Suniland Sun Devils. Johnson remained with the Giants, and the rivalry was born.

Orgeron is also well-versed with Sunday’s opponent. He served as an assistant at Miami from 1988 to 1992 and reflected on his time there during his press conference Monday.

“My first day on the practice field, coaching defense with Jimmy Johnson, Dave Wannstedt, Butch Davis, Tommy Tuberville, Dave Campo, I understood the tempo of practice and how to prepare for practice and what a real practice looked like,” Orgeron said. “From then on, I wanted to become that type of coach.

“I learned a lot of football down there,” Orgeron said.