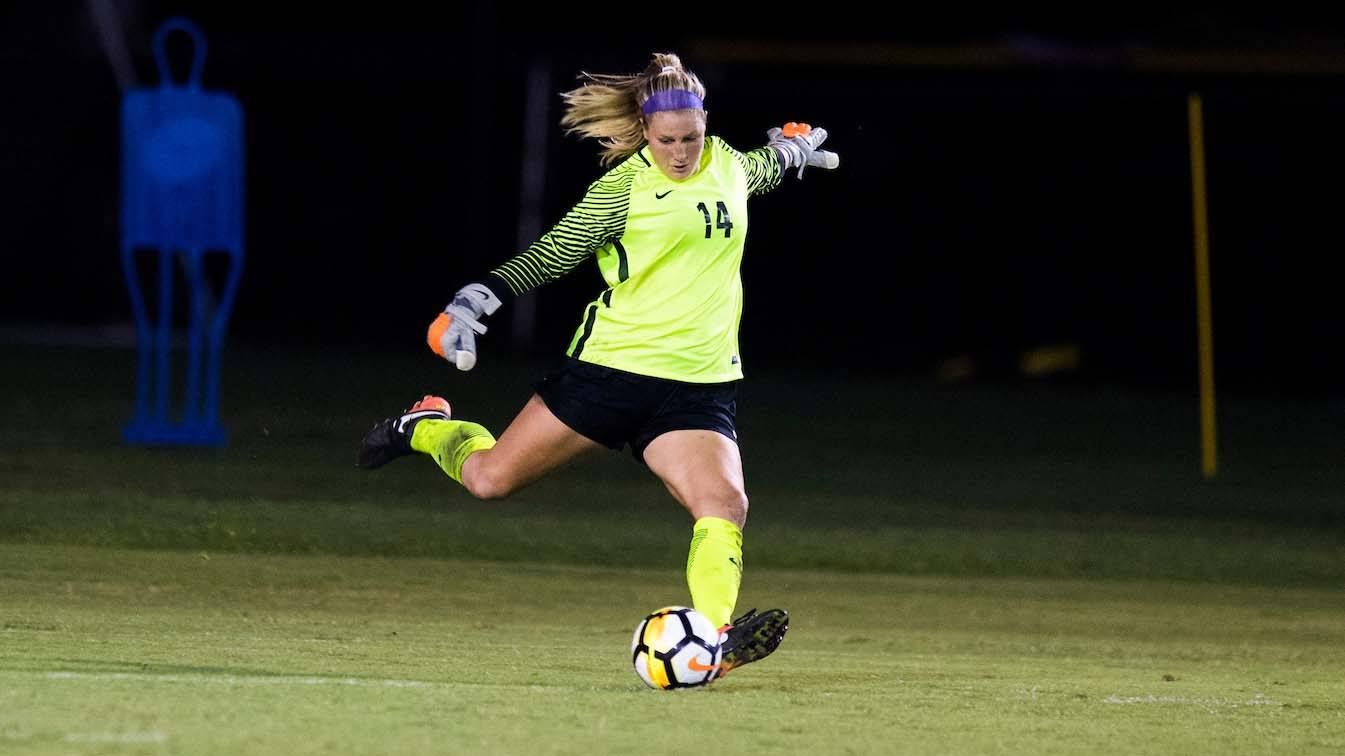 Baton Rouge, La. – Fresh off a 1-0 victory over Liberty on Thursday night, the LSU soccer team (1-1-0) has turned its sights to Sunday afternoon’s match against Texas State. Kickoff is set for 1 p.m. CT at LSU Soccer Stadium.

LSU picked up its first win of the season on Thursday night with a road win against Liberty. Freshman Abbey Newton scored her first career collegiate goal in the 61st minute when Adrienne Richardson‘s initial shot went off the post and deflected right to Newton. The freshman from Fleming Island, Fla., has stepped right in and earned valuable playing minutes in 2018; she has played 168 of a possible 183 minutes in two games.

Caroline Brockmeier registered her first shutout of the 2018 season and 15th overall in her career on Thursday night in the 1-0 win over Liberty. Less than two minutes after Newton’s go-ahead goal, Brockmeier saw Liberty’s Kasey Jamieson on the receiving end of a free kick from the other side of the field after it was headed by another Liberty player. With possession in the box and a point blank look, Brockmeier came up clutch and deflected Jamieson’s would be goal with a kick save to maintain the 1-0 lead for LSU. With the shutout win, Brockmeier’s career total moves to 15 to put her in a tie for third most in program history alongside Valerie Vogler (2004-07) and Bonnie Otillio (1999-2001).

LSU has taken 17 corner kicks in its first two contests on the pitch to average 8.50 per game; that number ranks second in the SEC in corner kicks per game. The Tigers registered 13 against Villanova (Aug. 19) and four against Liberty (Aug. 23).