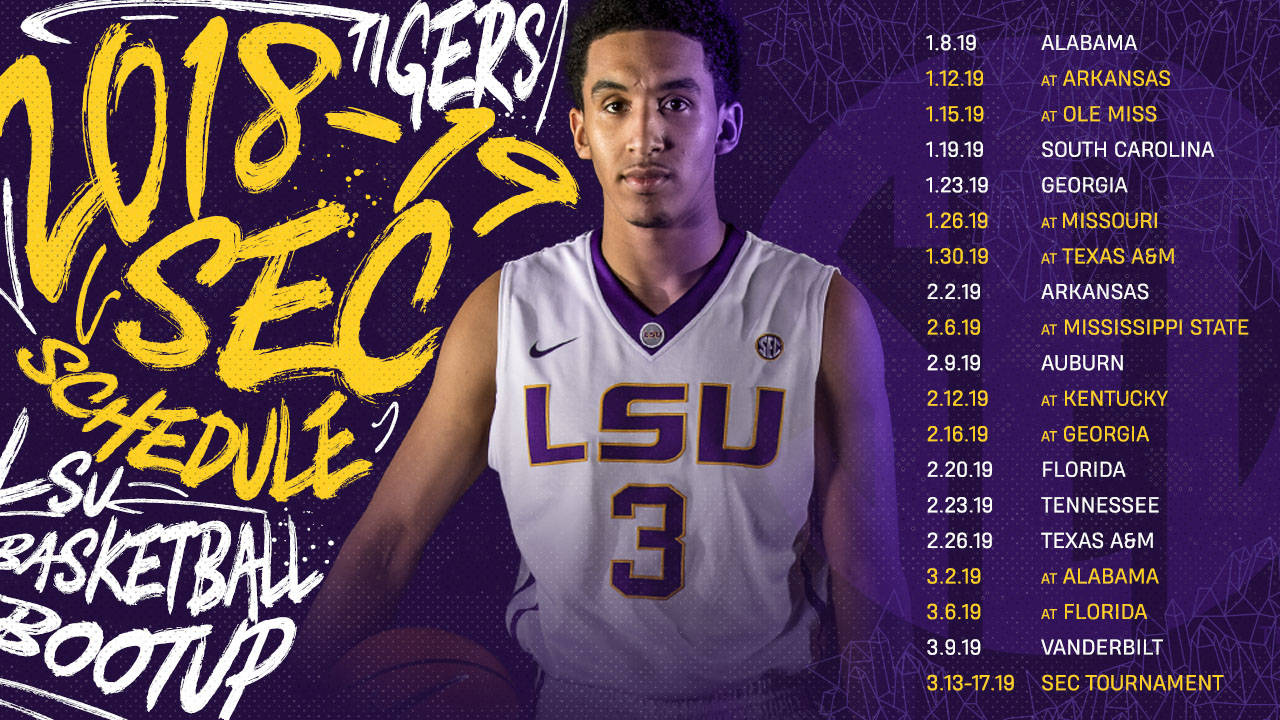 Season ticket requests for the 2018-19 campaign, including the eight non-conference games in Baton Rouge already announced, are being taken online at www.LSUtix.net or at the LSU Athletics Ticket Office at 225-578-2184.

Teams in the SEC will play eight teams one time, three permanent opponents home and away, along with two yearly rotating teams also on a home-away schedule to make up the 18-game conference schedule. LSU’s permanent home-away opponents are Arkansas, Alabama and Texas A&M, with Georgia and Florida the two rotating opponents in 2019.

LSU may have on paper a favorable schedule in the beginning and end of the conference season, playing three of its first five league games at home (Alabama, Jan. 8, South Carolina, Jan. 19, Georgia, Jan. 23) and four-of-the-last-six in the Pete Maravich Assembly Center including three-straight in late February (Florida, Feb. 20; Tennessee, Feb. 23; Texas A&M, Feb. 26). The Tigers close the regular season with a March 9 finale against Vanderbilt.

The Southeastern Conference Tournament is again set for Bridgestone Arena in Nashville, March 13-17, 2019.

LSU ranked fourth in the 247sports composite recruiting rankings for the upcoming 2018-19 season with Kentucky the only team in the league ranked higher (2). Also ranked in the composite top 25 from the SEC were: Vanderbilt (13), Mississippi State (16), Florida (19) and Alabama (24).

The SEC had 10 teams advance to postseason play in 2018, including a league-record eight teams that received NCAA Tournament bids. The Tigers, in Coach Will Wade‘s first season as head coach, posted 18 wins and advanced to the second round of the NIT in LSU’s first post-season trip since 2015. LSU posted its first post-season victory in the opening round of the NIT since 2014.

The Tigers open the regular season as part of a season-opening doubleheader with the LSU women’s basketball team on Tuesday, Nov. 6. LSU will face Southeastern Louisiana in the 7:30 p.m. nightcap with the Lady Tigers hosting Sam Houston at 5:30 p.m.

The television and streaming broadcast schedule is still to be announced by the SEC Network, ESPN and CBS. Game times will be announced at that time.

Here is the now completed schedule for LSU Basketball for the 2018-19 season: