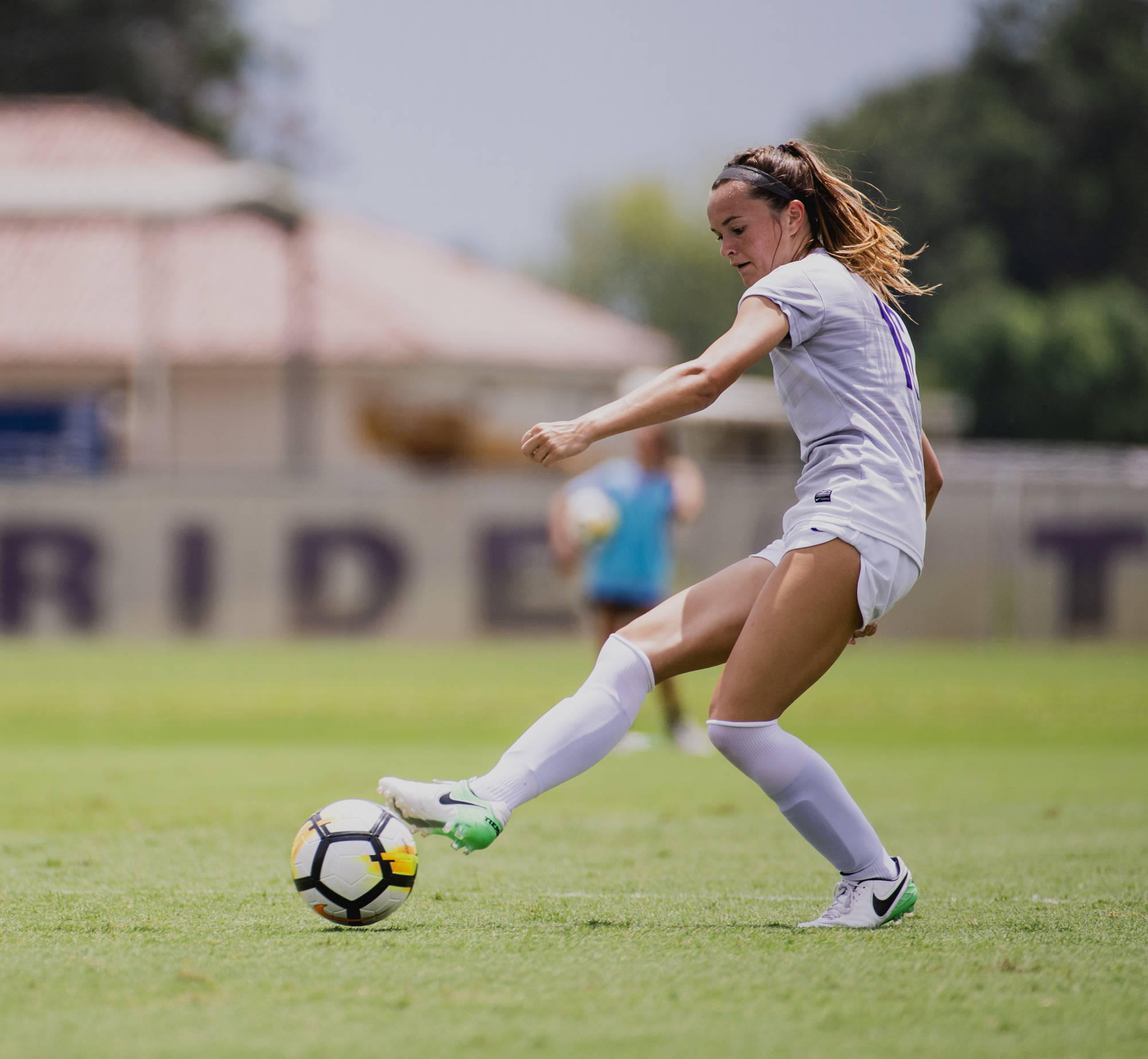 Lynchburg, Va. – LSU freshman Abbey Newton scored the first goal of her career on Thursday night at Osborne Stadium to give LSU (1-1-0) a 1-0 win over Liberty (0-3-0).

“We’ve been taught to just stay involved in the play,” Newton said after the game. “I was just on my toes and it just happened to come right to me. I just smacked it in. I just knew that’s what I had to do; I just relaxed and put it where I needed to.”

Newton scored her goal off an assist from Adrienne Richardson. The play all started with a couple of nice moves from Tinaya Alexander who dished it to Richardson in the box. Richardson’s one-touch shot went off the left post and the rebound found the foot of Newton who put it past the Liberty goalkeeper in the 61st minute for the first goal of her career.

Less than two minutes later, Liberty had their best opportunity of the evening stifled by senior goalkeeper Caroline Brockmeier. The Flames took a free kick from beyond midfield and after a header, the ball wound up on the toes of Liberty’s Kasey Jamieson. Brockmeier served as the last line of defense and made an absolutely stellar kick save as Jamieson tried to squeak one past her right side. The save preserved LSU’s lead and would end up being the final save of the game for Brockmeier, who had two on the night. With the shutout win, Brockmeier’s career total moves to 15 to put her in a tie for third most in program history alongside Valerie Vogler (2004-07) and Bonnie Otillio (1999-2001).

The goal came in the 61st minute after the first 60 minutes of play were dominated by LSU. Ball possession and opportunities were aplenty for the Purple and Gold in front of a crowd of 686 fans. The first chance of the game came for the Tigers in the eighth minute when Adrienne Richardson was the recipient of a long throw in from Christyna Pitre, but her shot was turned away by the Liberty goalkeeper. Newton had two additional chances in the first half that were saved by the Liberty goalkeeper.

The Tigers will host their second home game of the 2018 campaign as they welcome the Texas State Bobcats for a Sunday afternoon matinee at 1 p.m. at LSU Soccer Stadium.