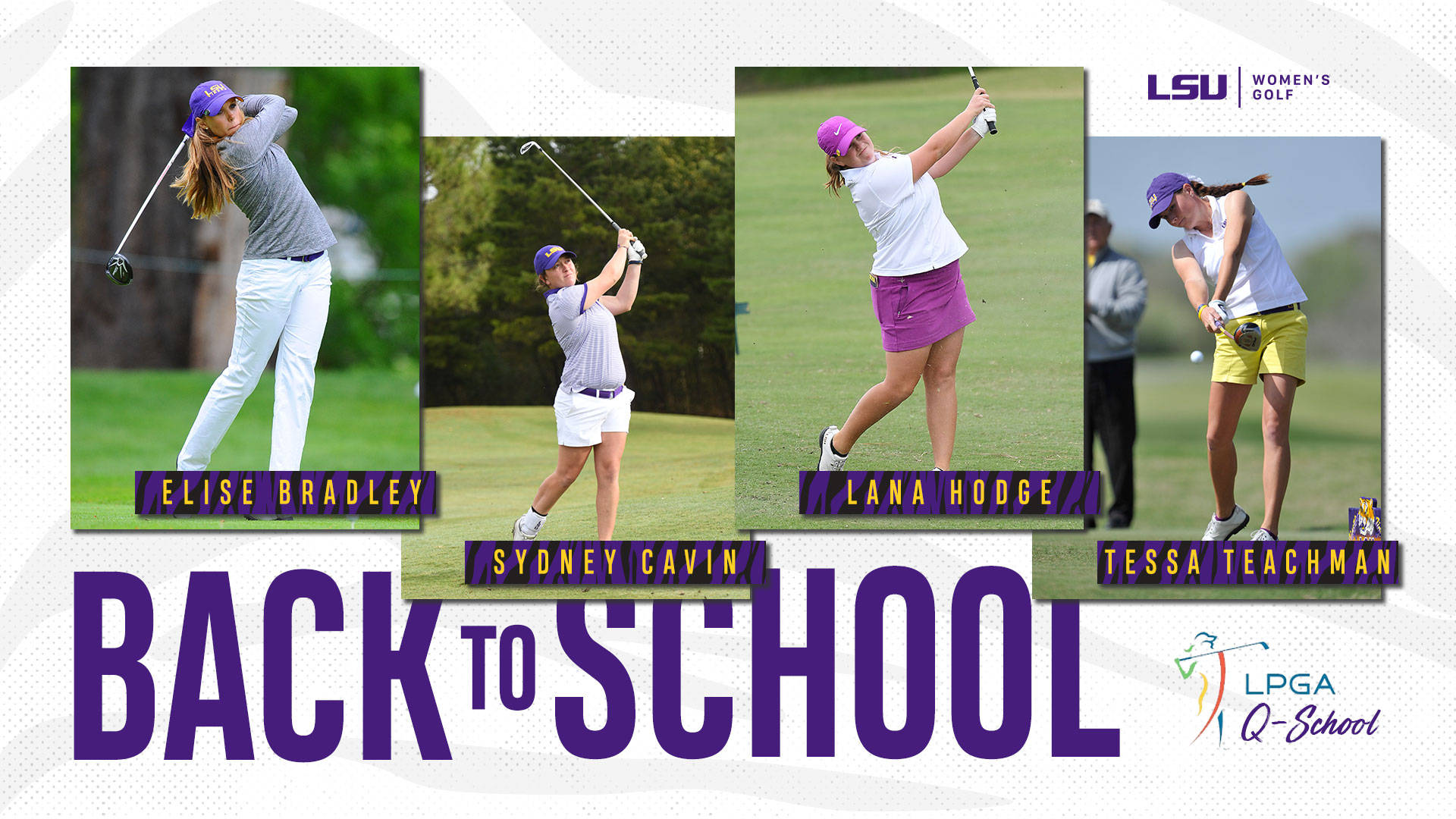 BATON Rouge, La. – Four former LSU Tigers will be competing at the LPGA’s Q School this week to earn a spot on the LPGA and Symetra Tours. Elise Bradley, Sydney Cavin, Lana Hodge and Tessa Teachman are spending the week in southern California for the LPGA’s Qualifying Tournament Stage I at Mission Hills Country Club in Rancho Mirage and Shadow Ridge Golf Club in Palm Desert.

“We are so proud of Lana, Tessa, Elise and Sydney,” said LSU assistant coach Alexis Rather. “It is so fun to see all of the hard work they put in over their careers at LSU and then continue to chase their dream of playing professional golf.” Rather, in her ninth season on staff, coached all four players during their time at LSU.

Bradley, a four-year letterwinner for LSU from 2013-16, is currently in her second season on the Symetra Tour, while Teachman, who played for the Tigers from 2009-12, has been on the Symetra Tour for three of the last four years and was a rookie on the tour in 2013.

Cavin has been getting her professional career underway over the summer on the Cactus Tour, after wrapping up her senior season at LSU in April. This will be her first attempt at Q-School for the LPGA and Symetra Tours. Hodge, who played two seasons for LSU from 2016-17, will be competing as an amateur.

Players will compete in 72 holes of stroke-play competition, with a cut made after the third round. For the first three rounds, competitors will play one round each on the Palmer, Dinah Shore and Shadow Ridge courses. The final round will be played on the Dinah Shore Course. All players who complete 54 holes will receive Symetra Tour status for the 2019 season.

Stage I is the first round of the three-stage process for membership status on the LPGA and Symetra Tours for 2019. Out of the 340-member field for Stage I, a minimum of the top-60 players and ties will advance to Stage II. Qualifying Tournament Stage II is set for October 13-18 at Plantation Golf and Country Club in Venice, Florida. This year marks a new format to replace Stage III. The LPGA Q-Series is a new two-week tournament that will be held on consecutive weeks from October 24 through November 3 at Pinehurst Resort in North Carolina.