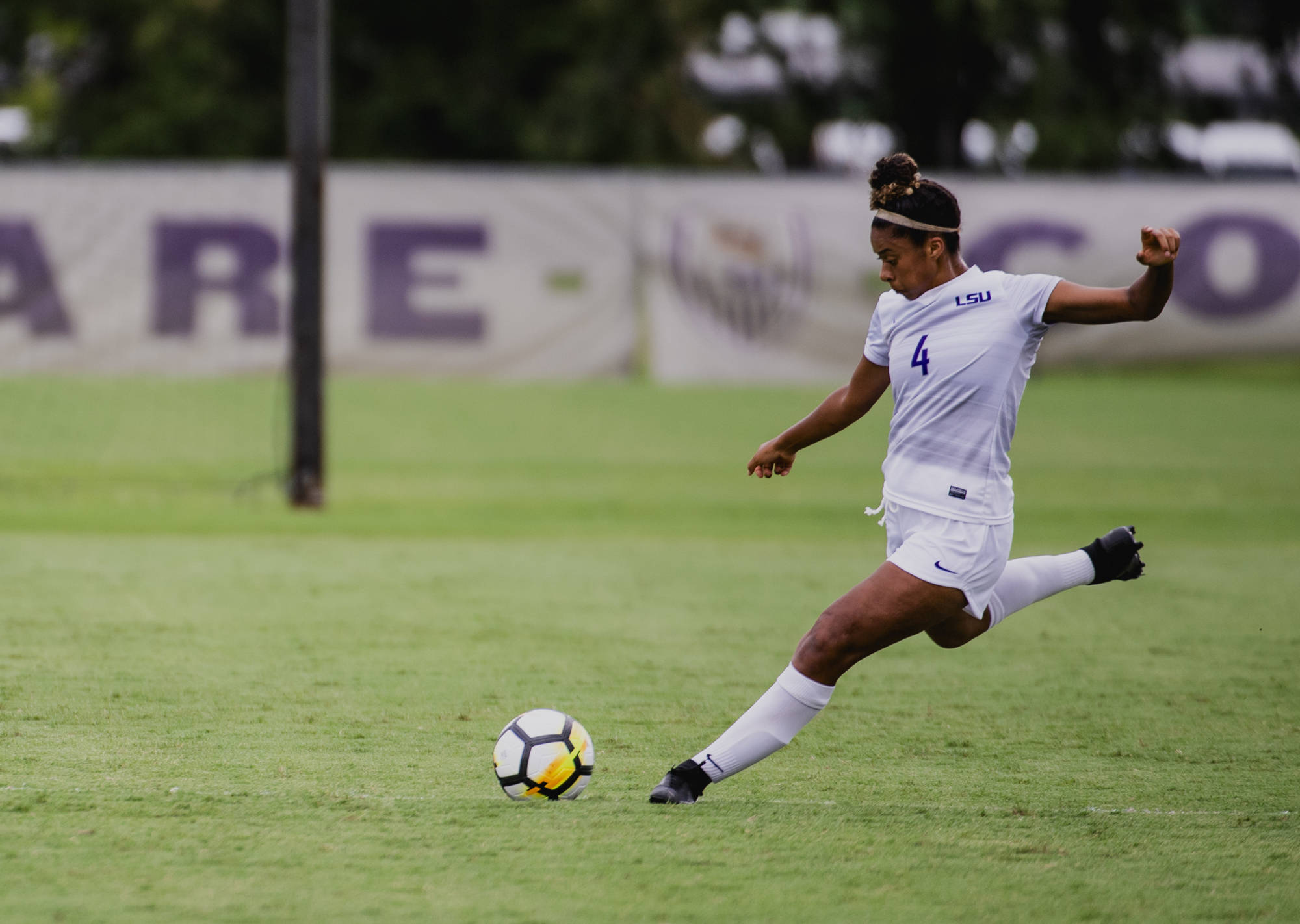 Baton Rouge, La. – The LSU soccer team (0-1-0) is headed to Lynchburg, Va., for its first road contest of the season against Liberty (0-2-0) on Thursday night. First kick is set for 5 p.m. CT at Osborne Stadium.

This will be the second time in program history that LSU has faced off against Liberty. The Tigers claimed a 1-0 victory in 2017 over Liberty in Baton Rouge when Lucy Parker scored in the 87th minute off a pass from Tinaya Alexander. Liberty enters the Thursday night matchup with two overtime losses against Elon and George Washington to start its season.

Thomas Nets One in Season Opener

Alex Thomas scored the 11th goal of her career in Sunday’s season-opening loss against Villanova (2-1 OT). After Villanova took a 1-0 lead at the beginning of the second half, Thomas buried a penalty kick to even the game up at 1-1 in the 66th minute. Thomas is coming off a career year in which she scored eight goals as a junior as the result of her moving into the forward position after playing her first two seasons as a defender.

Five Tigers earned playing time for the first time in their Purple and Gold careers on Sunday against Villanova. Freshmen Abbey Newton and Shannon Cooke both played all 93 minutes of the contest while Adrienne Richardson, Reese Moffatt and Molly Thompson played an abundant amount of minutes.

Senior goalkeeper Caroline Brockmeier is starting in net for the third-straight season for the Tigers in 2018. After the season opener against Villanova, the Tallahassee, Fla., native has 179 career saves, which ranks as the sixth most in program history. Brockmeier has recorded 14 career shutouts in the Purple and Gold to take the No. 5 spot all-time in LSU history; she is only three shutouts away from tying former goalie and current assistant coach, Megan Kinneman, in the record book for second most all-time at LSU.

LSU has seven student-athletes on the roster that hail from outside of the United States. The foursome of Tinaya Alexander, Shannon Cooke, Lucy Parker and Chiara Ritchie-Williams all came across the pond from England. Reese Moffatt and Jade Clarke came to Baton Rouge via British Columbia, and Caitie Cantrill arrived in the states from Australia.

Sophomore midfielder Tinaya Alexander made a name for herself in her first season in the Purple and Gold in 2017 with seven assists. She came out of the gates blazing and registered an assist in each of LSU’s first seven games to match Natalie Martineau’s 2011 school-record streak. The single-season mark of seven assists is tied for the 10th-most in a single season in school history. Alexander will look to get in on the action Thursday night at Liberty.