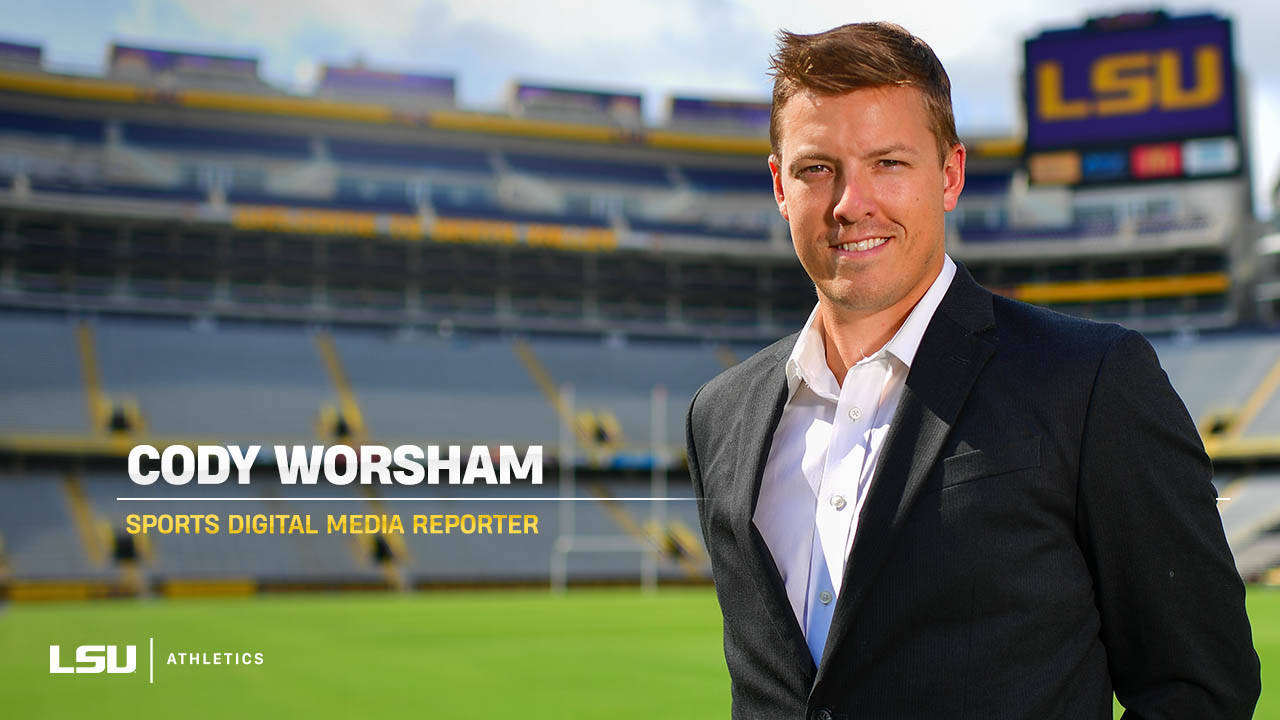 BATON ROUGE – Cody Worsham, an award-winning sportswriter and former editor of the Tiger Rag, has joined the LSU Athletics Communications Staff as a digital reporter.

In his role as digital reporter, Worsham will provide content such as feature stories, human interest pieces along with reporting on various sporting events throughout the year for the LSU Athletic Department.

Worsham’s work will be published on LSUsports.net, LSU game programs and on the school’s numerous social media platforms.

Worsham, who served as the editor of Tiger Rag from October of 2012 until August of this year, becomes the first digital reporter for LSU.

“Cody is an exceptional writer that has been on the LSU beat for many years,” LSU Senior Associate Athletic Director Robert Munson said. “He has an intimate knowledge of LSU athletics and his background as an accomplished writer will provide outstanding content for our fans through our various platforms.”

A 2011 graduate of LSU, Worsham also served as sports editor at DIG Magazine for nearly two years and then as editor-in-chief for a year.

Worsham joins LSU after winning numerous awards at both Tiger Rag and DIG Magazine. In 2017, Worsham won a pair of first place honors from the Louisiana Press Association – one for Sports Story for his feature on a day behind the scenes with Will Wade‘s basketball program and the other for Sports Column on LSU’s 27-23 comeback win over Auburn on Oct. 14, 2017.

Worsham also captured first place from the Louisiana Sportswriters Association for Story of the Year in 2016 for his feature on LSU Basketball player Keith Hornsby while also being recognized by the LPA in 2015 for Individual Feature Writing.