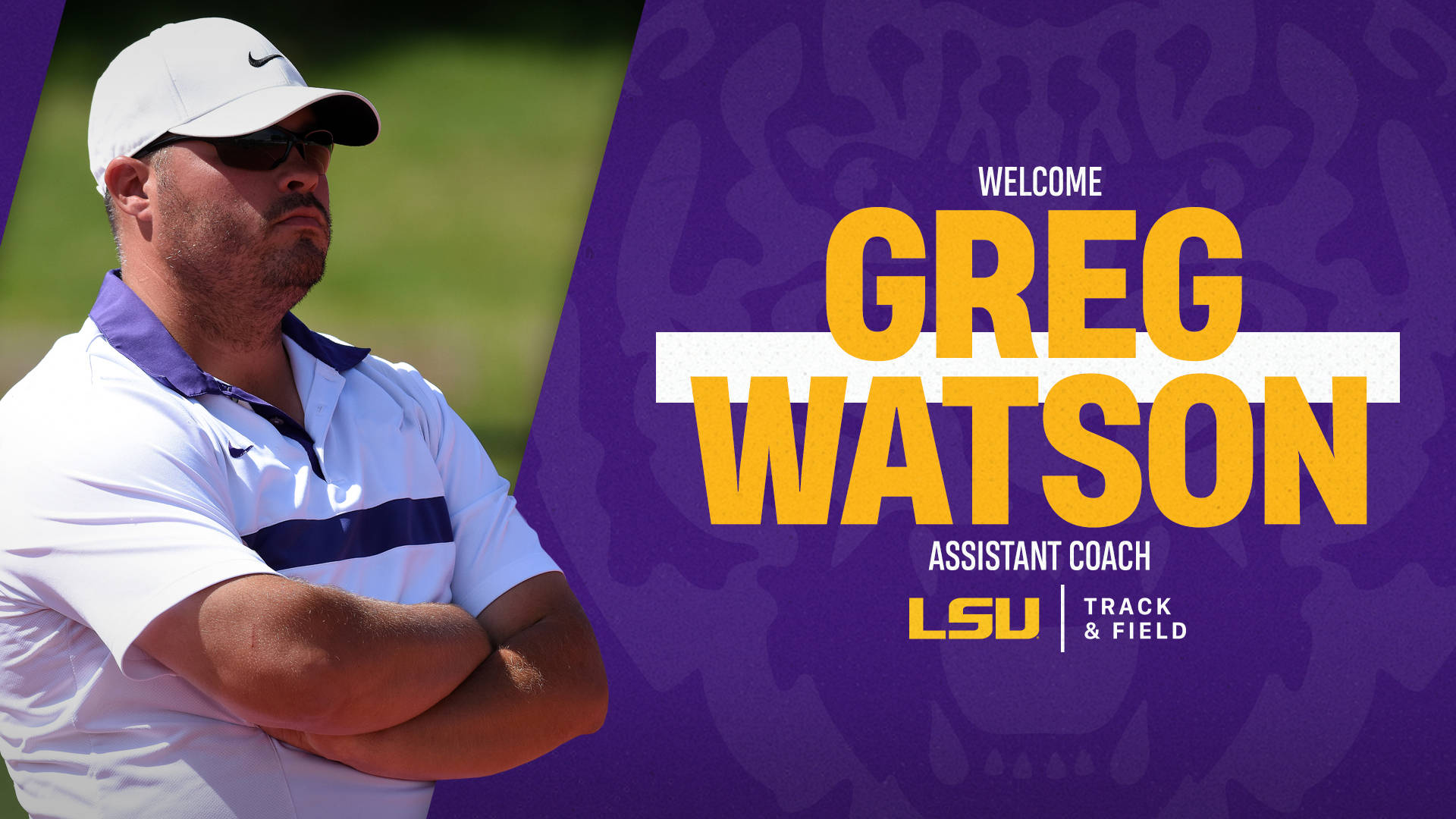 No stranger to the coaching world, Watson comes to LSU with a decade of coaching experience after stops at UNLV, Texas State and Kansas State. During his time as a coach, Watson has helped 13 throwers earn first team All-America distinctions that includes two national titles. While at Kansas State, Watson had two throwers – Dani Winters and Shadae Lawrence – win NCAA titles. Winters won her national title in the indoor shot put in 2016 with a Kansas State school record heave of 17.97 meters (58-11.50). Lawrence became the first Wildcat in program history to claim a national title in the discus at the 2017 NCAA Championships with a toss of 61.37 meters (201-04) after setting the school record in the event at the 2017 Big 12 Championships with a mark of 62.59 meters (205-04). For his efforts in 2017, Watson was named the 2017 USTFCCCA Midwestern Women’s Assistant Coach of the Year.

During his 10 years in the coaching profession, Watson has coached athletes to 23 All-America honors. Watson has helped two athletes – Amanda Bingson and the aforementioned Lawrence – make appearances at the Olympics. Lawrence represented her home country of Jamaica at the 2016 Rio Olympics in the discus throw, while Bingson, who trained under Watson at UNLV, was a member of the 2012 U.S. Olympic squad in the hammer throw.

Prior to his time at Kansas State, he spent two years at Texas State. During his time in San Marcos, he helped the Bobcats win three conference team championships while directly coaching eight individual conference champions to three school records. He coached Kelsey Titzman and Darian Brown to WAC Outdoor Field Performer of the Year honors in 2013, and Titzman also scooped up the WAC Indoor Field Performer of the Year accolades in 2013. Titzman earned a ninth-place finish at the 2013 NCAA Outdoor Championships in the shot put with a toss of 16.60 meters (54-5.50).

After wrapping up his collegiate career in 2008 at Southern Utah University, Watson jumped right into the coaching profession and served as a volunteer assistant at UNLV. That’s where he tutored the future Olympian, Bingson, to the Mountain West Outstanding Performance Award in 2010 and 2011. Watson helped Bingson on her way to setting the American record in the hammer throw at the 2013 USATF Championships with a mark of 75.73 meters (248-05); the mark currently ranks as the third best in U.S. history. Bingson claimed back-to-back USATF national titles in 2013 and 2014.

His competition days at Southern Utah saw him set the school record in the hammer throw with a toss of 65.98 meters (216-06), which still stands to this day, in 2008. Watson had the pleasure of training under the guidance of world-renowned throws coach Anatoliy Bondarchuk. Watson won three Summit League titles between the weight and hammer throw.

Watson earned his bachelor’s degree in criminal justice with a minor in hospitality from Southern Utah University in 2008. He and his wife, Holly, have two sons, Owen and Casen, and are natives of Las Vegas, Nevada.