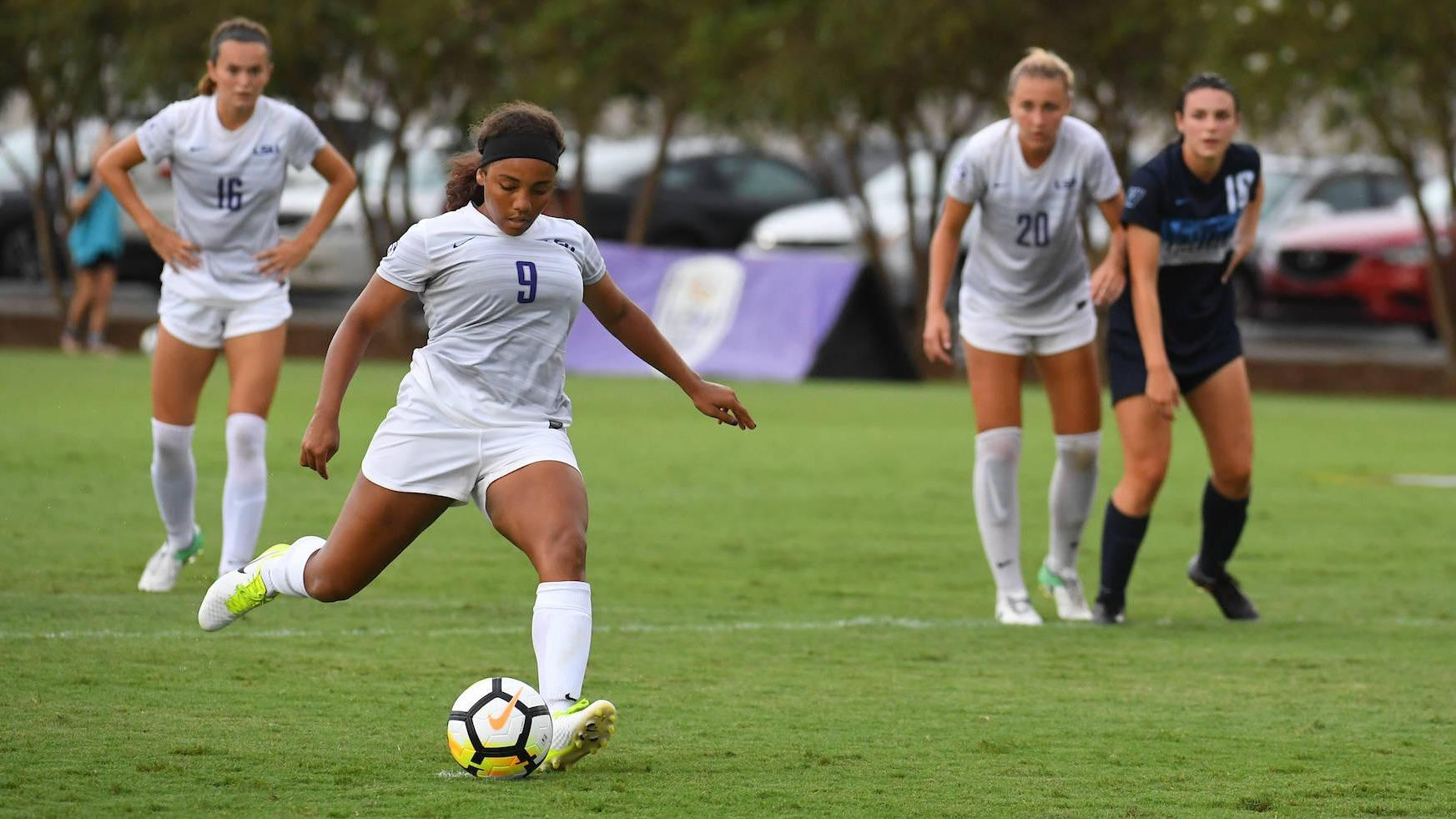 The first 45 minutes of action saw both teams feel each other out a bit and LSU controlled possession for most of the half. At the end of the first half, LSU held advantages in shots (seven) and corner kicks (three) over Villanova’s three shots and one corner.

The best chance in the first half for LSU came off a goal kick. Caroline Brockmeier‘s booming punt found the foot of Alex Thomas who advanced the ball to Adrienne Richardson inside the box. Richardson back touched it to Lucy Parker and her shot was blocked from about nine yards out.

Villanova wasted no time getting the scoring started in the second half with a goal in the 46th minute. Kristen Vinciguerra received a ground cross from Chloe O’Neill and Vinciguerra one-touched it past Brockmeier’s left side to give the Wildcats a 1-0 lead. LSU responded by taking four corner kicks within the next five minutes, but none resulted in a goal.

After a Villanova penalty in the 66th minute in the box, Alex Thomas scored her first goal of the 2018 season with a penalty kick to even the score up, 1-1. The goal brings Thomas’ career total to 11 after she scored a career-high eight goals in 2017 as a junior.

In the 89th minute, Reese Moffatt sent in a deep ball that narrowly missed Richardson’s run inside the box that ultimately ended up in the hands of the Villanova goalkeeper. The Tigers had one final chance to win in fulltime with a corner from Marlena Cutura at the 89:54 mark of the game, but no Tiger was able to get a shot off.

LSU ended up with 13 corner kicks on the game but were unable to cash any of them in. Villanova scored the game winner less than three minutes into overtime when Bri Austin dribbled into the right side of the box while maintaining possession near the end line before she snuck her shot past Brockmeier from close range.

The game, which began at 1:03 p.m. CT, took a little over four hours to complete thanks to two weather delays. The first one came in the first half with 29:28 remaining on the clock and it suspended play for 30 minutes. The second delay came during halftime and this one proved to be a bit longer as it halted play for over an hour and a half.

LSU will travel to Lynchburg, Va., for its first road match of the season with a midweek matchup against Liberty on Thursday evening at 5 p.m. CT.