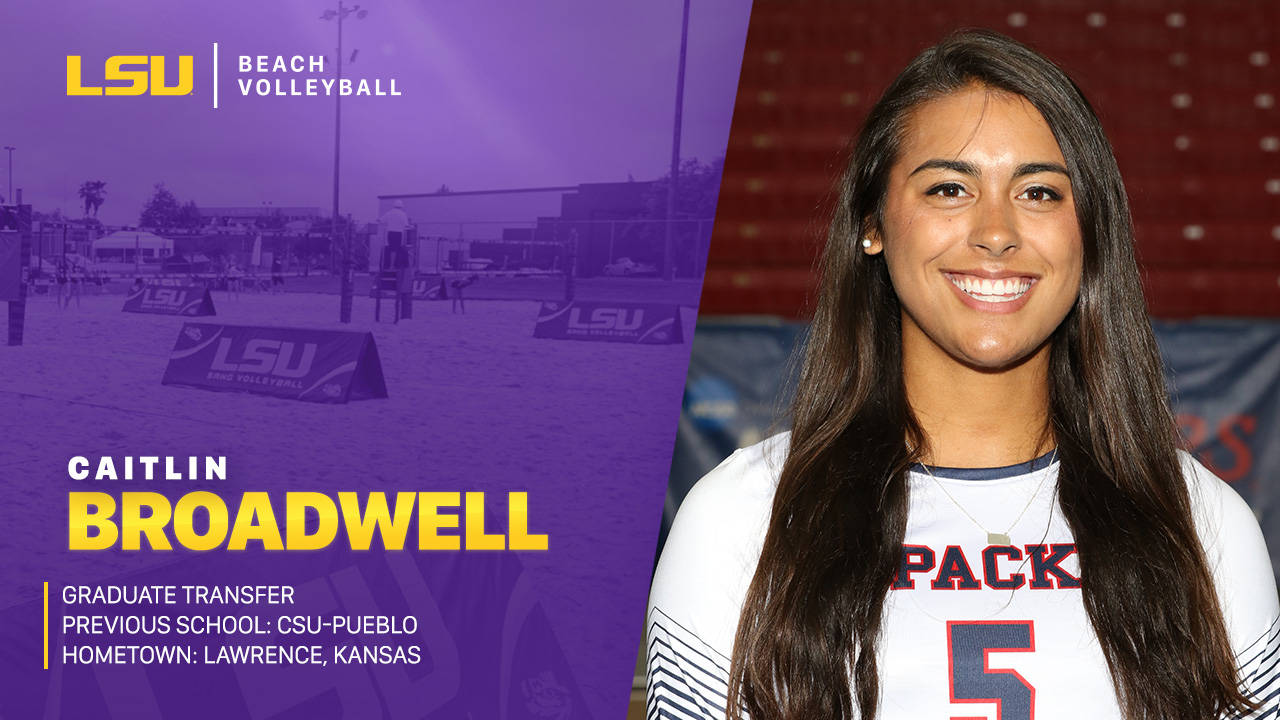 “We are excited to have Caitlin in our group this year,” said Brock. “She’s new to the sport of beach volleyball, but brings in a maturity and understanding that will help us in many ways. She’s a great athlete and will transition quickly.”

In 2016 and 2017, Broadwell was named All-Conference in the Rocky Mountain Athletic Conference. In 2017, Broadwell averaged 3.48 kills per game at CSU–Pueblo which is eighth best in school history. Two seasons before that, she finished with a .206 hitting percentage, sixth in program history.

A three-time Academic All-RMAC honoree, Broadwell graduated in Psychology at CSU–Pueblo and plans to pursue a graduate degree in Pedagogy and Psychological Sciences at LSU.

“We are looking forward to Caitlin having a positive impact on our program both on and off the sand,” Brock added.