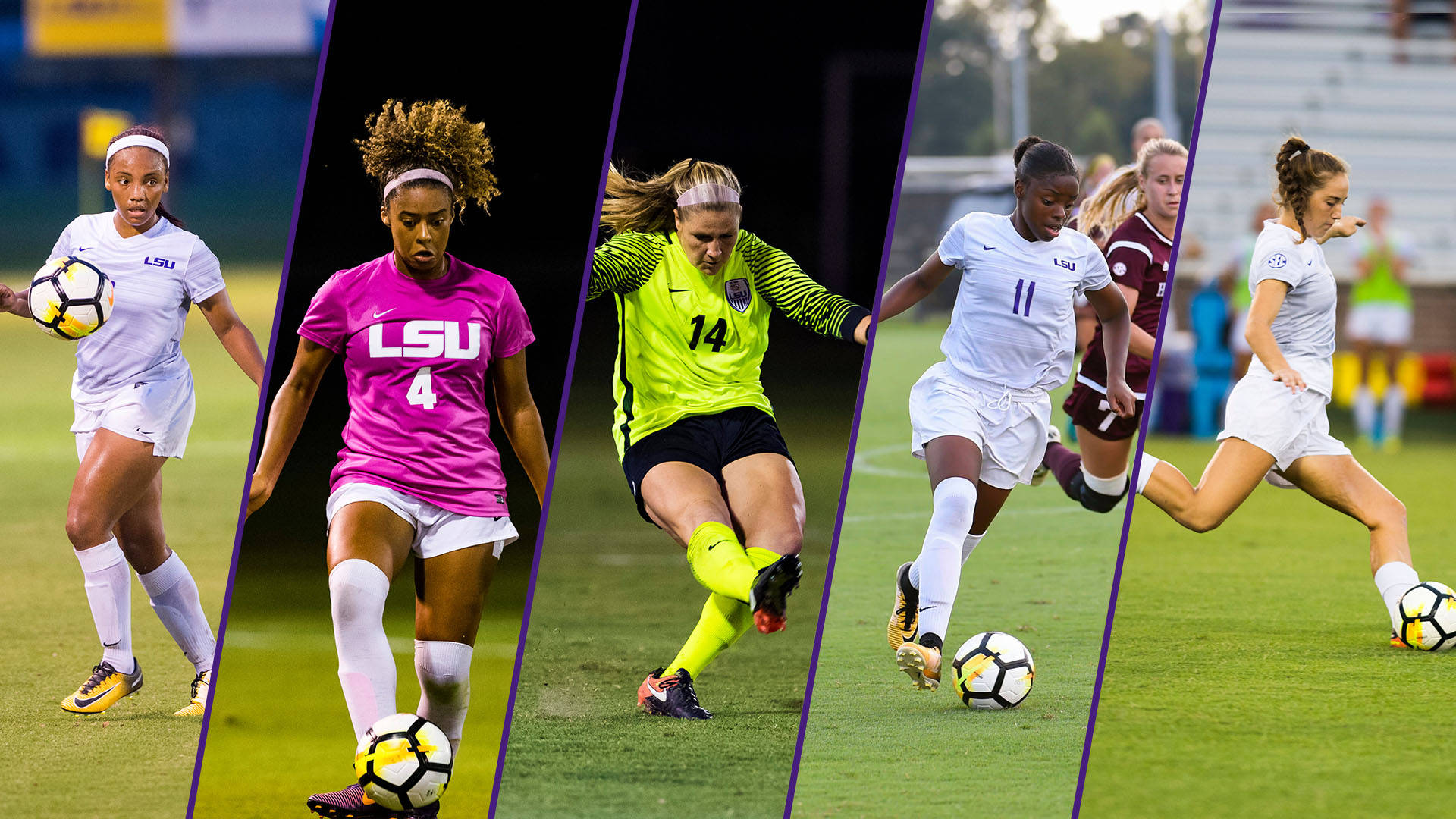 Brockmeier has racked up 14-career shutouts in her first two seasons in Baton Rouge to rank fifth in program history; the native of Tallahassee, Fla., is coming off a 2017 season in which she recorded a career best 1.14 goals against average. Her career win total of 15 in the Purple and Gold ranks as the sixth most in LSU history.

Thomas splashed on the scene in 2017 as a junior when she scored a career-high eight goals to lead the Tigers in that category. After missing the season opener against Mississippi Valley State, Thomas scored goals in four of her first six matches played to help LSU extend is season-opening win streak to seven contests to match the school record. She then went on to tally the first two-goal performance of her career against Mississippi State.

Alexander, a flashy midfielder that you will often see making plays on the offensive side of the field, will look to build off her impressive freshman campaign that saw her lead the team in assists (7) while also chipping in three goals to bring her point total to 13.

Parker registered 10 points in her debut season for the Purple and Gold. She scored three goals to go along with four assists, and her best game of the season came in a 2-1 win over Georgia where she scored a goal in the 35th minute and then assisted Alex Thomas on the game winner in the 87th minute.

LSU opens up its 2018 season with a match against Villanova on Sunday at 1 p.m. at LSU Soccer Stadium.