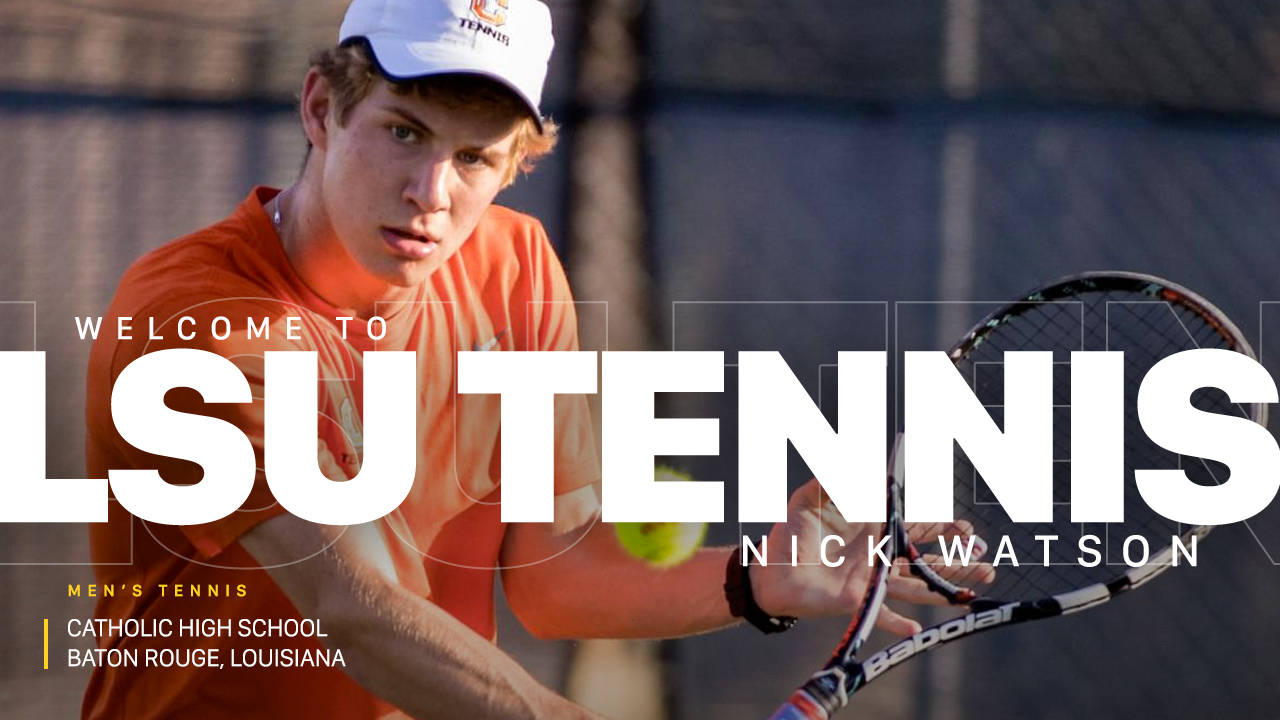 Watson is a five-star recruit according to tennisrecruitng.net and was named the No. 38 prospect of the 2018 class along with the No. 1 recruit in the state of Louisiana.

“Nick is one of the top players in the South and across the nation,” co-head coach Chris Brandi said. “He’s had great coaching as a junior but hasn’t had the opportunity to train with like-minded players day-in and day-out. Once he has that, the sky is the limit for him. He’s also a fantastic student from a great family who will bring a lot to the culture and future of LSU tennis.”

The Catholic High School graduate claimed his fourth-straight Division I singles title at the Louisiana High School Athletic Association championships. He also was a catalyst for the team, which won its second consecutive Division I tennis title.

According to tennisrecruting.net, the incoming freshman has recorded two wins against blue chip competitors and has a 19-9 record against four- and five-star recruits. Earlier this year, Watson reached a peak ranking of the No. 27 recruit in the 2018 class.

With the addition of Watson, the 2018-19 LSU men’s tennis team will have a total of six new members—three transfers along with three signees—and five letterwinners returning to the LSU Tennis Complex in the fall.

The freshman class, which comprises of Boris Kozlov, Daniel Moreno and Watson, has been ranked the No. 21 recruiting class by tennisrecruiting.net, the highest ever rating by an incoming class for the LSU men’s tennis team.