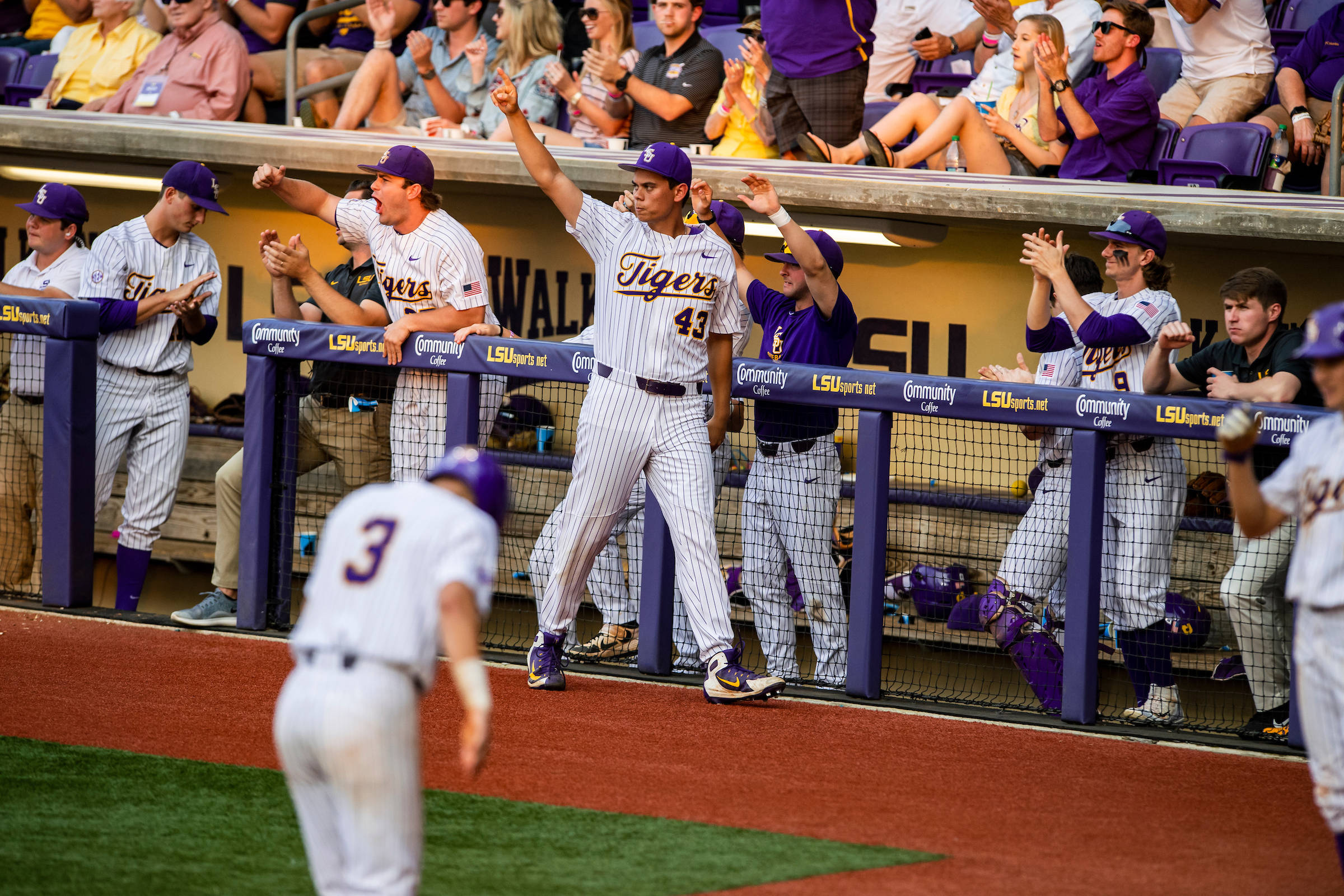 BATON ROUGE, La. – LSU on Tuesday released its 2019 baseball schedule, which features 35 home games and 23 games against teams that participated in the 2018 NCAA Tournament.

“Nearly half of our regular-season schedule is composed of games against teams that were in the NCAA Tournament last season, ”said LSU coach Paul Mainieri, “and 12 of those games are against teams that played in the 2018 College World Series. We’re very excited to be facing such a challenging schedule, and I know our fans will enjoy watching our team compete at a high level this season.”

The schedule includes the grueling 30-game Southeastern Conference slate, with weekend home series versus Kentucky, Texas A&M, Florida, Ole Miss and Auburn. Starting times for some of the SEC series may be adjusted this fall, when the league releases its TV schedule.

The 2019 season opens at Alex Box Stadium, Skip Bertman Field with a “Military Appreciation Weekend” February 15-17, as the Tigers will face Louisiana-Monroe, Army West Point and Air Force in single games. The non-conference schedule is also highlighted by a three-games series at Texas (March 1-3) and a March 8-10 home series versus California, which features 2018 Golden Spikes Award winner Andrew Vaughn.

Preparation for the 2019 season will be underway this month, as the Tigers start fall semester classes on Monday, August 20, and they will engage in a four-week period of conditioning drills and individual workouts beginning on Monday, August 27.

LSU starts its six-week, full-squad fall practice session on Sunday, September 23, and a new NCAA rule allows the Tigers to play two exhibition games this fall against another school. LSU will play a two-game exhibition series against the University of New Orleans – Game 1 will be on Sunday, October 14, at 3 p.m. CT in Alex Box Stadium, Skip Bertman Field, and Game 2 will be on Saturday, October 27, at 1 p.m. CT at UNO’s Maestri Field.

“We have a lot of work to do, we’re going to get to work this fall in practice, and it’s going to be a very intense fall,” Mainieri said. “It’s our responsibility as coaches to begin molding our roster into a team that will compete for championships this spring.”