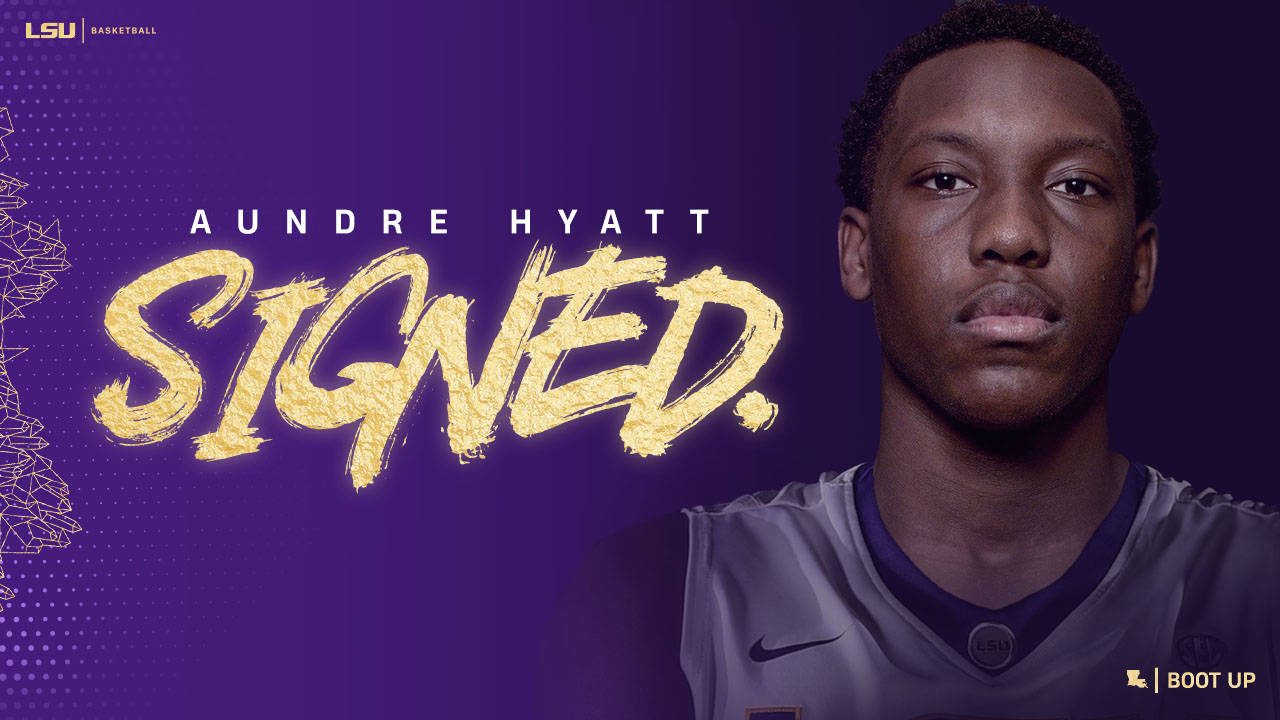 BATON ROUGE –- The LSU Tigers completed its roster for the upcoming 2018-19 season on Monday when the LSU Athletics Department received and approved the SEC and institutional signing papers of small forward Aundre Hyatt of White Plains, New York.

Hyatt, 6-7 and 215 pounds, played last season at the Miller School in Charlottesville, Virginia. The team posted a 27-4 record a season ago and won a state championship with Hyatt averaging 18 points, 8.5 rebounds and 1.7 steals.

“We are pleased to have Aundre Hyatt join our LSU basketball program for the 2018-19 season,” said LSU Head Coach Will Wade, whose 2018 class is ranked No. 4 in the country in the national composite rankings. “He’s a high character, exceptional student who is known as a tremendous shooter. We are thrilled that he will add to our basketball family on and off the floor.”