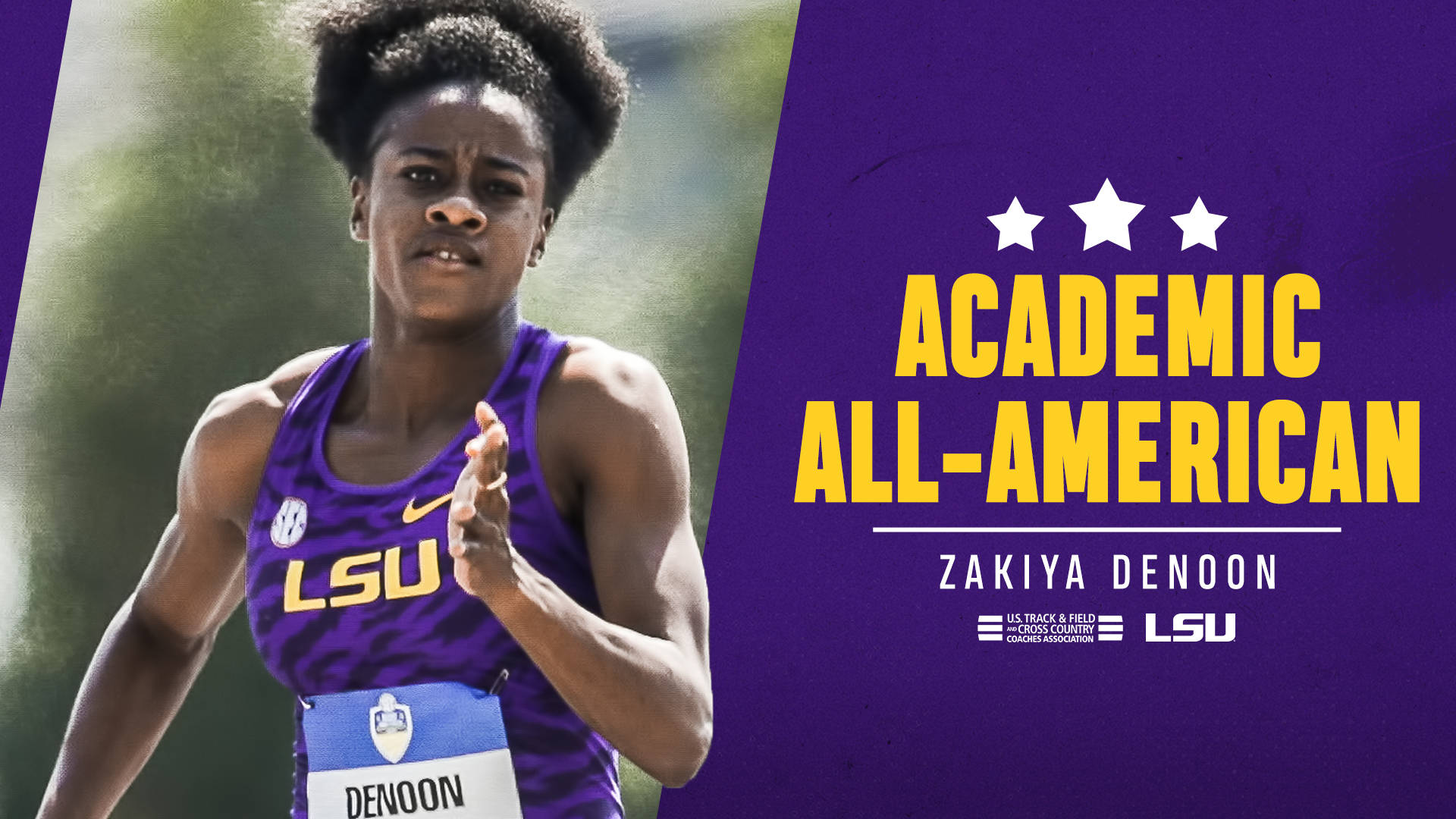 Baton Rouge, La. – Zakiya Denoon was honored by the U.S. Track & Field and Cross Country Coaches Association on Thursday for her excellence in the classroom and on the track by receiving a USTFCCCA All-Academic award.

“Zakiya exhibits a strong work ethic in the classroom and this award is a testament to the time, dedication and hard work she demonstrates towards her academic pursuits,” Adriana Mason, associate director at the Cox Communications Academic Center, said.

Denoon, a sport administration major, had an excellent first season for the Purple and Gold. The five-time NJCAA champion had a heavy presence on LSU’s 4×400 meter all season long and she competed in races that ranged from the 60 meters to 400 meters. Denoon served as the third leg of the 4×400 meter relay team that claimed an SEC title during indoors with a season-best time of 3:30.85; she would go on to serve as the anchor leg of the 4×400 meter relay at the NCAA Indoor Championships and helped the team place seventh with a time of 3:31.89. The time of 3:30.85 ran at the SEC Indoor Championships is the eighth-fastest in LSU history.

During the outdoor season, Denoon earned her second first team All-America honor of the season with a sixth-place finish as a member of the 4×400 meter relay team (3:32.08) at the NCAA Championships. She ran the second leg of the 4×4 at the SEC Championships that resulted in a third-place showing for the relay squad with a season-best time of 3:28.02. Individually, she was crowned the 100 meter dash champion at the Louisiana Classics meet with a time of 11.49. She clocked a career-best readout of 11.30 in the 100 meter dash at the NCAA East Preliminaries and narrowly missed out on an individual berth at the national meet.