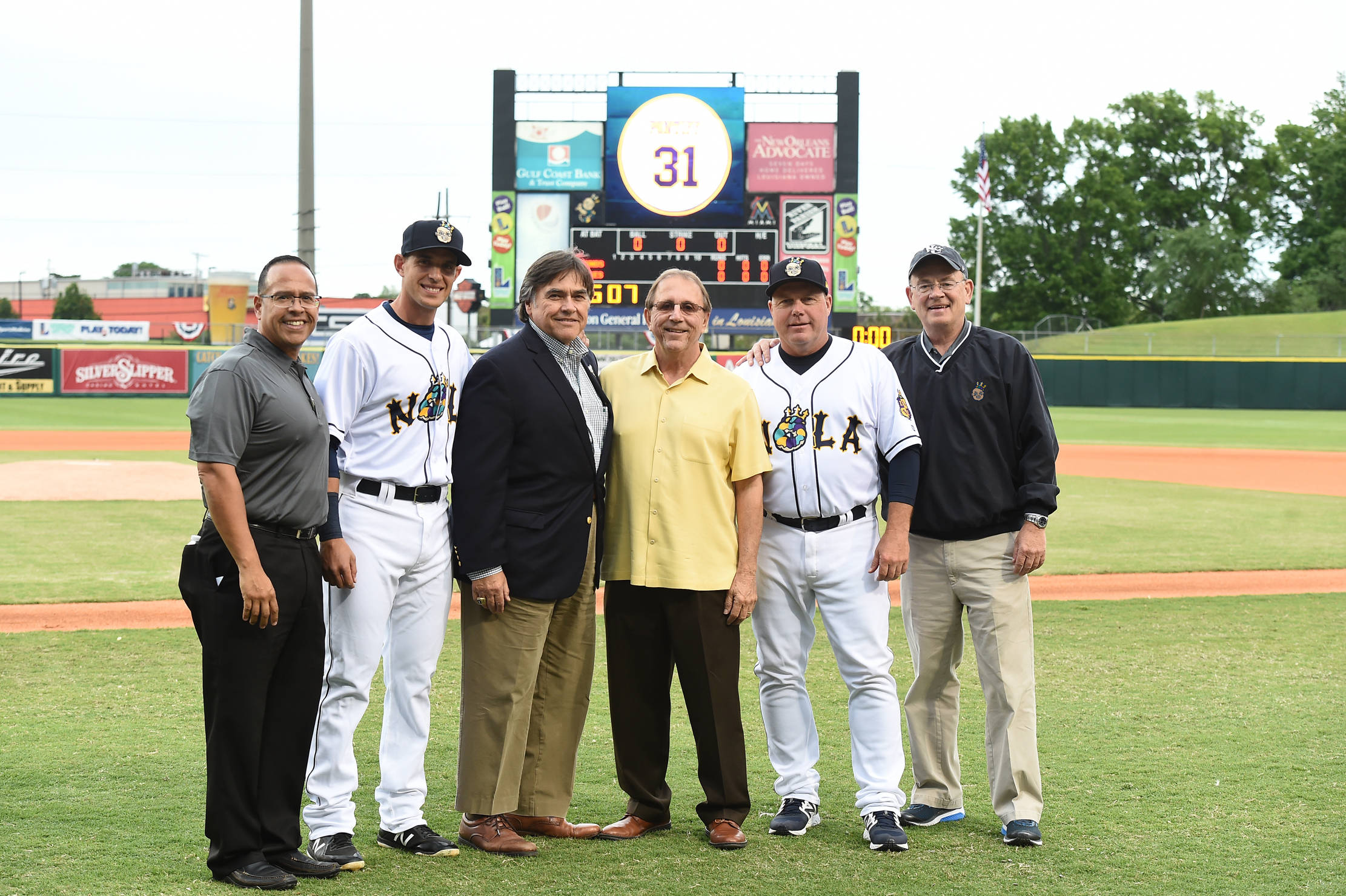 METAIRIE, La. – In recognition of 15 years of hosting the Wally Pontiff, Jr. Classic at the Shrine on Airline, the New Orleans Baby Cakes will retire Pontiff’s jersey number 31 during a ceremony on Friday, July 27 when the Baby Cakes host the Tacoma Rainiers.

Fans are asked to visit http://www.milb.com/new-orleans for tickets and more information.

“I was blown away when I was told the Baby Cakes would be retiring Wally’s number,” said his father, Wally Pontiff, Sr. “It is a tremendous honor and means a lot to us. The organization has been so good to us and the connection has been great for the last 15 years.”

Giving back to the community was something near and dear to Wally, and is the main focus of the mission statement of the foundation.

The annual game featuring LSU was first played in Pontiff’s native Metairie in 2004.

“We didn’t have a background on how to do a game like that,” Pontiff, Sr. said. “Without our friends and family and the wonderful marriage with the Zephyrs/Baby Cakes, we wouldn’t be able to do it. We wanted young kids in the area to be able to see LSU play. Wally lived in Metairie and it was a part of him, so it means so much to us to have that game.”

Wally Pontiff, Jr., an All-American third baseman at LSU, died suddenly in 2002 at the age of 21 due to a heart abnormality. He was also a two-time All-State performer at Jesuit High School.

“We are so fortunate to be a part of something so significant such as the Wally Pontiff, Jr. Classic,” said Baby Cakes Senior Vice President and General Manager Cookie Rojas. “We appreciate this opportunity to continue building upon what the Pontiff Foundation has created. We hope to have the game here for years to come, and look forward to these special celebrations ahead.”

“On behalf of the New Orleans Baby Cakes family, we have been honored to participate in an event at the Shrine on Airline that will continue to keep Wally’s tremendous achievements on the playing fields and in the community that he so loved alive for generations to come,” added Baby Cakes President Lou Schwechheimer. “His legacy is an example for all of us in athletics to embrace, to cherish, and to follow. The Pontiff family is a true Louisiana treasure.”