Football's Duhe to be Inducted into GNO Sports HOF 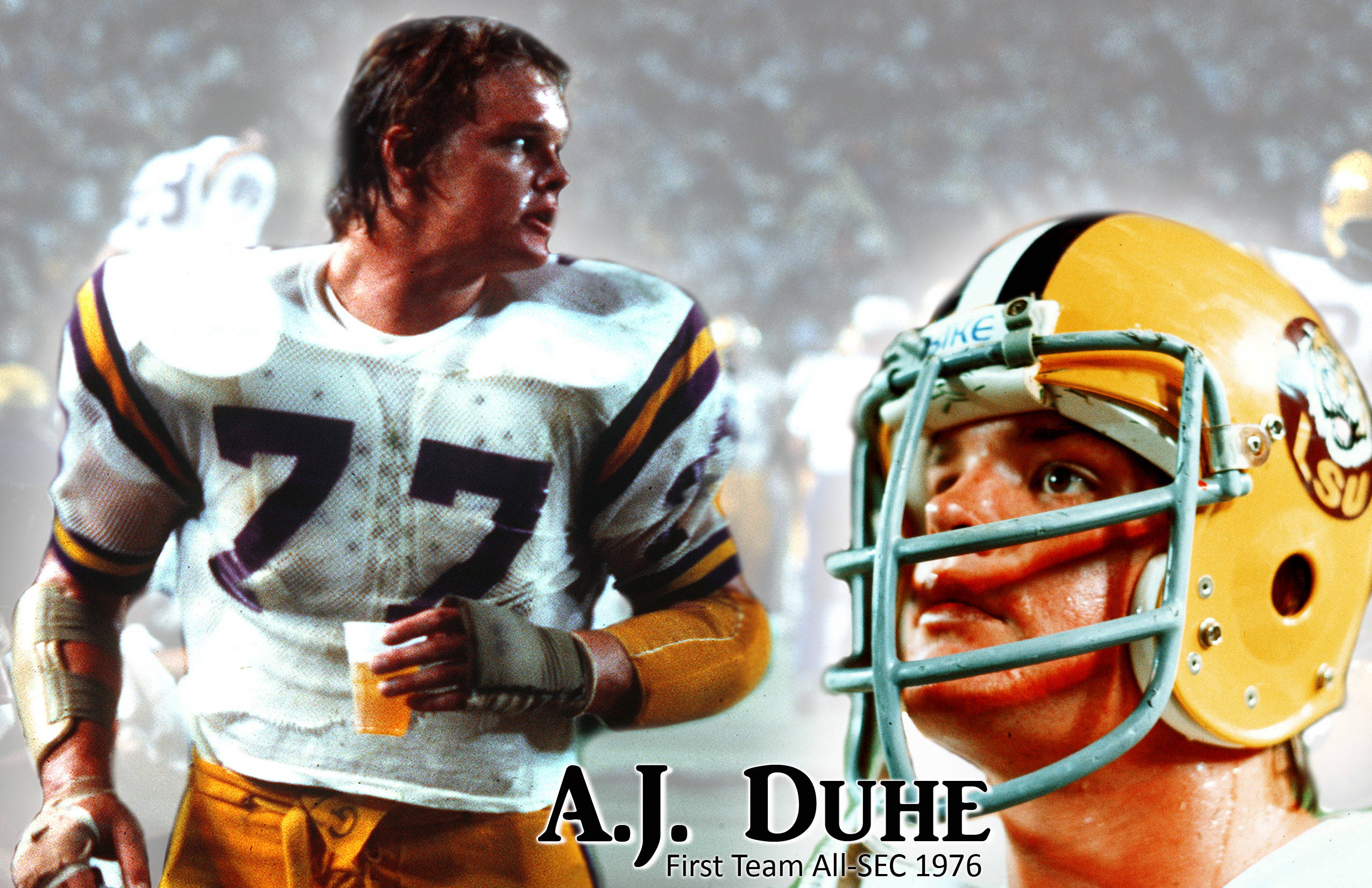 Allstate Sugar Bowl to Host Annual Banquet on Saturday, August 4, in the Superdome

NEW ORLEANS – Growing up in the tiny town of Reserve, Louisiana, A.J. Duhe may have dreamed of becoming a professional football player, but in those dreams he was always a quarterback.

“Everybody wanted to be the quarterback,” he said.

When Duhe’s dreams became a reality, though, he became the quarterback’s ultimate nightmare – a quick, strong and tenacious defensive end who was a star player at the since-shuttered Leon Godchaux High School in Reserve, then at LSU and for eight seasons with the Miami Dolphins.

A total of 23 individuals, including this year’s Hall of Fame class, and three teams will be honored at this year’s banquet.

At Godchaux, Duhe was an all-district selection on both offense and defense as a senior, the only player in the district to be selected for both teams. He also punted for a 36.1-yard average.

Then, during the annual Louisiana High School All-Star Game in Baton Rouge, he blocked three punts while starring on offense and defense to earn MVP honors.

Duhe went on to become a first-team All-SEC selection at defensive tackle for LSU while averaging 72 tackles per season. He also earned SEC All-Academic honors.

Said longtime New Orleans sports writer, Bill Bumgarner, who saw Duhe as a high schooler and a Tiger: “He was one of the bright spots at LSU during the (Charlie) McClendon era. He was pretty funny too, with a good sense of humor.”

After being drafted in the first round (13th overall) by the Miami Dolphins in 1977, he was named the 1977 Associated Press NFL Defensive Rookie of the Year after tallying 83 tackles and leading the Dolphins with seven sacks.

Duhe is perhaps best known for his legendary performance in the 1983 AFC Championship game against the New York Jets in which he intercepted three Richard Todd passes and returned one 35 yards for a touchdown in a 14-0 win which sent Duhe and the Dolphins to the first of two Super Bowls. He was selected All-Pro twice and was named to the 1984 Pro Bowl.

“I have a lot of great memories,” said Duhe, who now works for Caesar’s Entertainment Industries, which oversees the New Orleans Harrah’s Casino. He lives in a suburb of Ft. Lauderdale with his wife, Francis, who was his college sweetheart. They have three children, Adam III, John and Elizabeth.

Duhe’s stellar career was cut short by injuries. He underwent nine surgeries to his shoulders, knees and wrist.

“The last year or two I suffered some pretty serious injuries,” Duhe said. “I rehabbed a lot those last two years. Now you get injured you get treatment and get time to come back. Back then it was, ‘Come on. Get back out there. You gotta play.’”

Duhe is still a legend in the River Parishes, where he was known as “Cottontop” for his sun-bleached blonde hair or just, “The Reserve Boy.”

A large contingent of high school friends made the trip to Natchitoches when Duhe was inducted into the Louisiana Sports Hall of Fame in 2001 and to East St. John High School two years ago when he returned to present an NFL golden football to the school which has taken the place of Godchaux High.

“He was a small town boy that we all just rejoiced in,” said former classmate Joan Frederick LeBouef. “He always gave the impression that, ‘I came from nothing and you can achieve your dreams. Don’t ever give up on your dreams.’ Everybody just really liked A.J. because he represented part of Reserve that everybody loved.”

The Allstate Sugar Bowl has established itself as one of the premier college football bowl games, having hosted 28 national champions, 93 Hall of Fame players, 49 Hall of Fame coaches and 18 Heisman Trophy winners in its 84-year history. The 85th Allstate Sugar Bowl Football Classic, featuring top teams from the Big 12 and the SEC, will be played on January 1, 2019. In addition to football, the Sugar Bowl Committee annually invests over $1.6 million into the community through the hosting and sponsorship of sporting events, awards and clinics. Through these efforts, the organization supports and honors nearly 100,000 student-athletes each year, while injecting over $2.5 billion into the local economy in the last decade. For more information, visit www.AllstateSugarBowl.org.