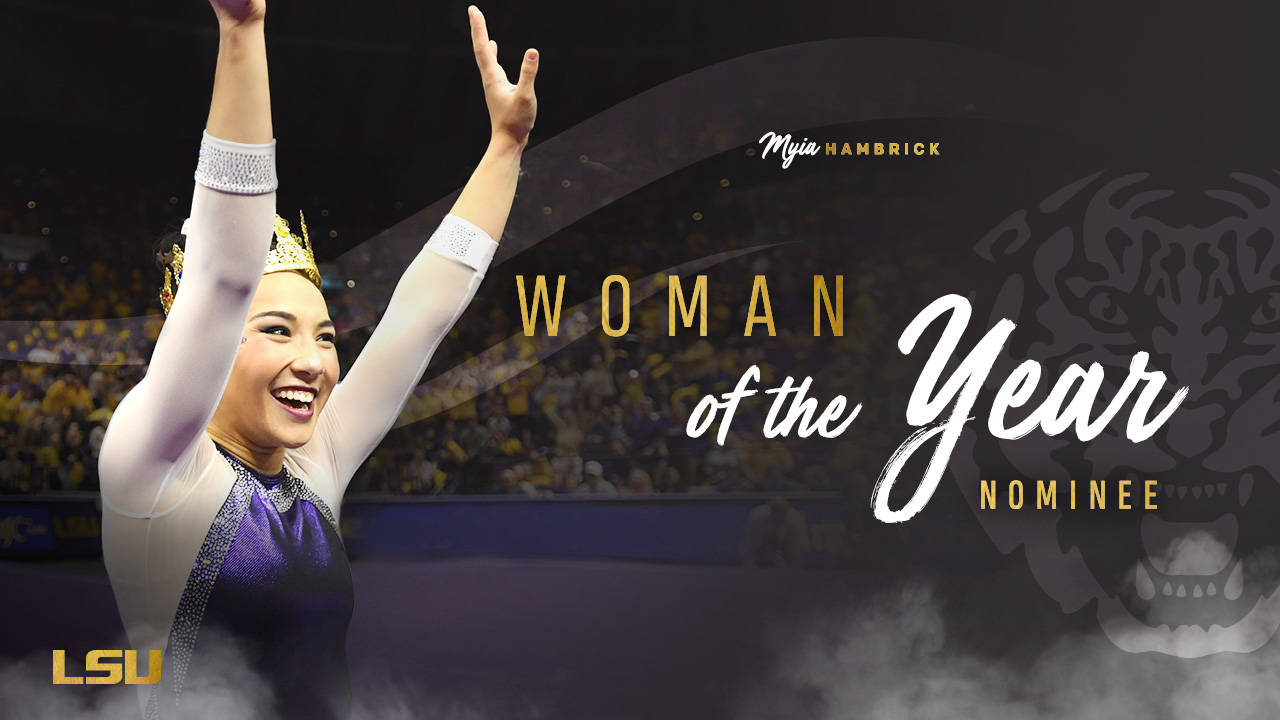 BATON ROUGE – Myia Hambrick, a 21-time All-American and Southeastern Conference champion, has been named LSU’s nominee for the 2018 NCAA Woman of the Year award.

Hambrick is one of 581 nominees for the prestigious award, which is the most in the history of the program. The award is focused on four pillars, which includes academics, athletics, service and leadership.

In the gym, Hambrick was one of the most underrated gymnasts in the country. She led the Tigers to the top of the sport with three appearances in the NCAA Super Six as well as back-to-back SEC regular season and meet championships.