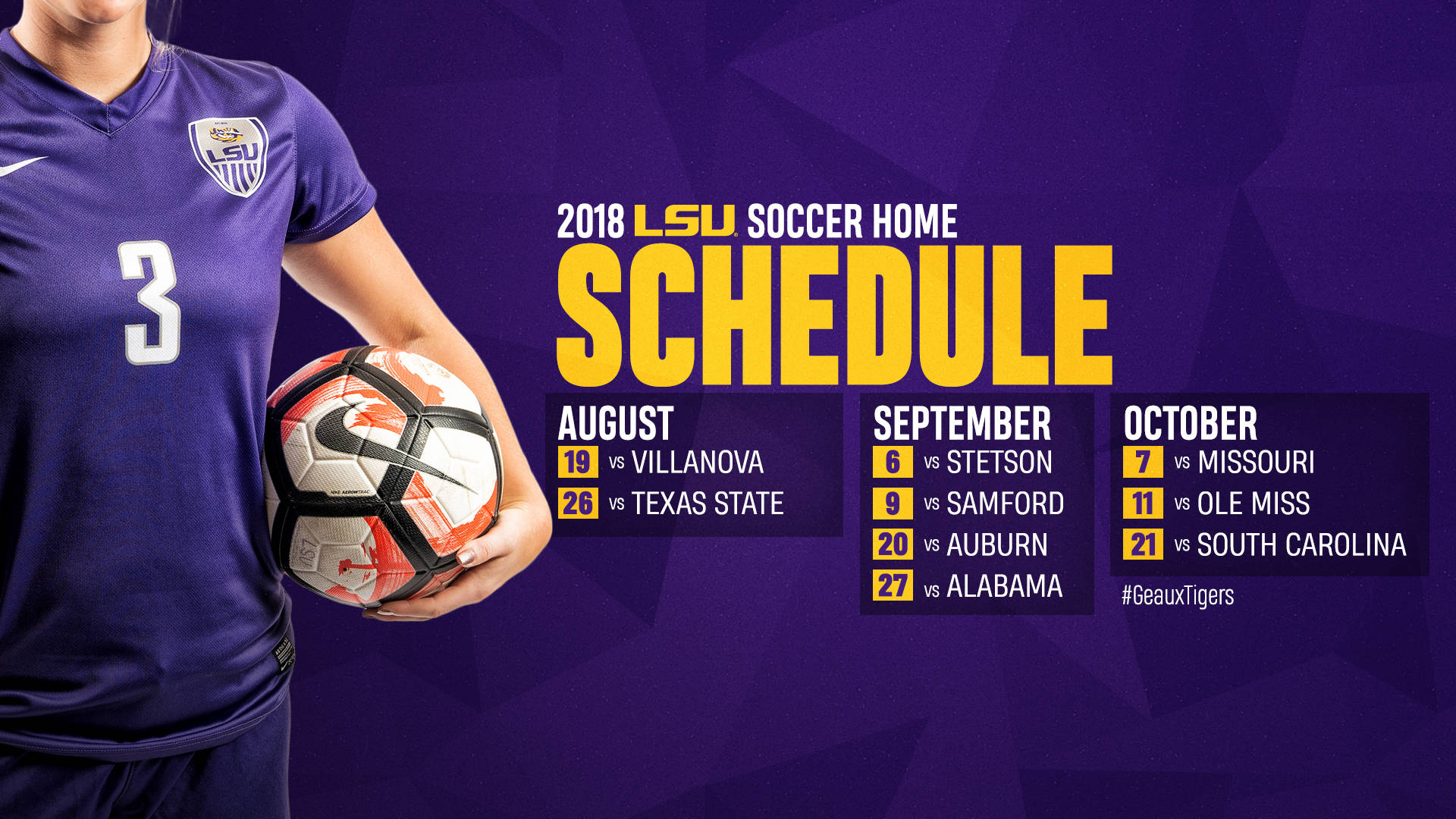 Baton Rouge, La. – The LSU soccer team announced its 2018 home schedule on Thursday. LSU soccer fans will have nine opportunities to catch the Lady Tigers in action at the LSU Soccer Stadium.

The home schedule opens up with the season opener on Aug. 19 against Villanova at 1 p.m. The Purple and Gold will return to the friendly confines of the LSU Soccer Stadium exactly one week later as LSU hosts Texas State for another Sunday afternoon matchup at 1 p.m. on Aug. 26.

The month of September features four more home matches. The Lady Tigers wrap up their nonconference home match schedule with contests against Stetson (Sept. 6/7 p.m.) and Samford (Sept. 9/4 p.m.); the Samford match will be televised on ESPNU. LSU welcomes its first two SEC opponents to Baton Rouge in late September as it hosts Auburn on Sept. 20 at 7 p.m. and Alabama on Sept. 27 at 7 p.m.

The closing month of SEC play has LSU scheduled to lace it up three times at home during October. The Lady Tigers will have two of their final three home matches within a five-day period near the beginning of the month starting with a conference game against Missouri on Oct. 7 at 1 p.m. The Purple and Gold will return to the pitch four days later for a matchup against Ole Miss at 6 p.m. that will air on the SEC Network. LSU will recognize its seniors on Oct. 21 against South Carolina (6 p.m.) as it is the final home match of the season.

The home schedule features four teams – South Carolina, Auburn, Ole Miss, Alabama – that made an appearance in the 2017 NCAA Championship. South Carolina was the highest finisher making a run to the Final Four. All home matches for the 2018 season are free of charge. The full 2018 slate will be announced next week.