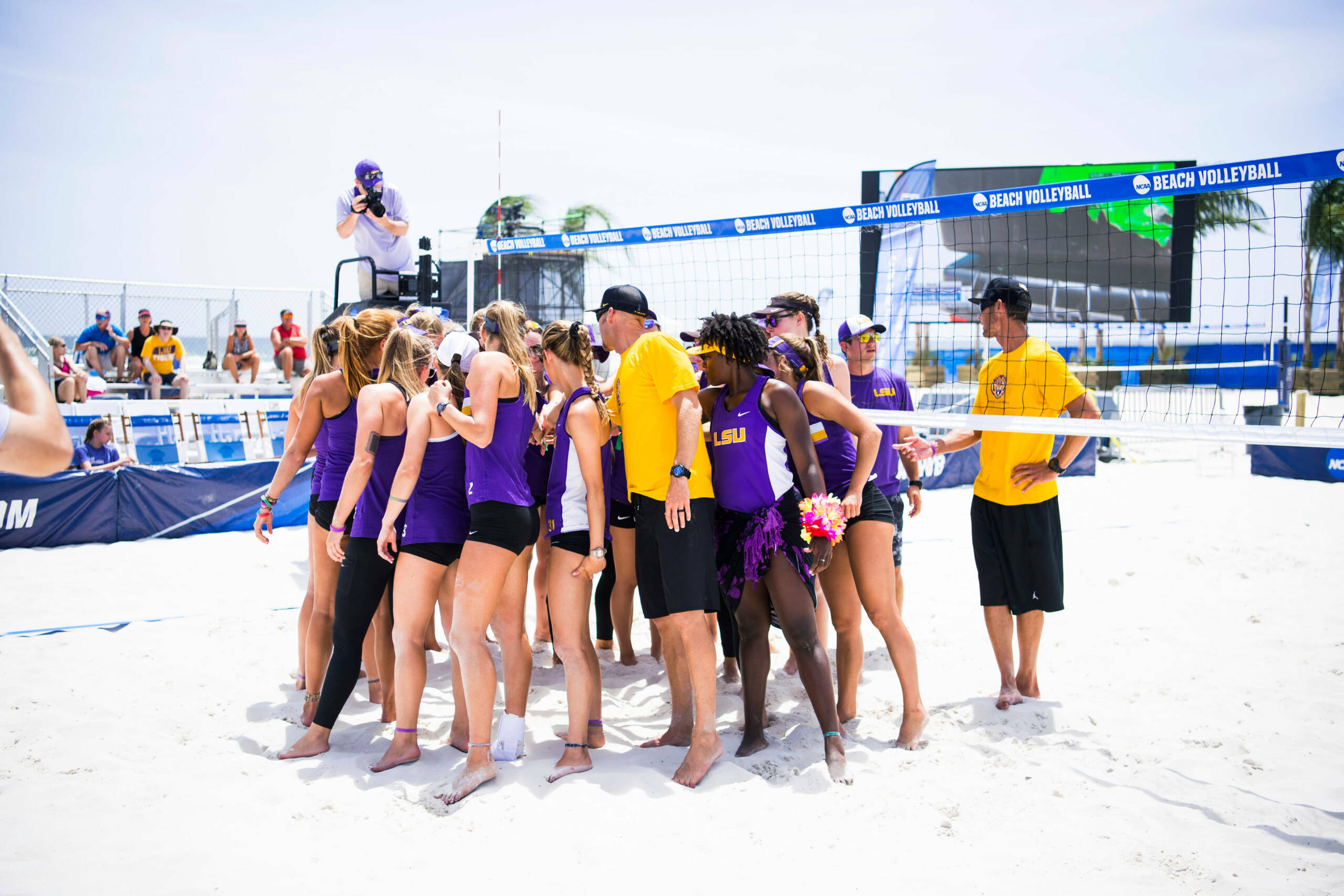 BATON ROUGE – For the third straight season, the LSU beach volleyball team was one of just 23 beach teams that received the AVCA Team Academic Award for the 2017-18 season, the American Volleyball Coaches Association announced.

The award honors men’s and women’s teams from both the high school and collegiate levels who, as a team, maintained at least a 3.30 GPA on a 4.0 grading scale. The Tigers finished the fall semester with a 3.545 and the spring semester with a 3.471 team GPA.

Nicole Decker, Emily Hardesty, Tatum Ballard and Cheyenne Wood all finished the spring semester with a 4.0 or higher. Megan Davenport was named to the CCSA All-Academic team in April with a 3.921 cumulative GPA at LSU.

The AVCA Team Academic Award is the single largest award offered by quantity of schools, players, and coaches honored. This season, 973 teams earned the award to break the previous year’s total of 822, setting an all-time high. Since the 2000-01 season, the number of recipients has increased in all but two years.

For the second year in a row, both the LSU beach and indoor volleyball teams were named recipients of the award. LSU is one of 18 schools in the country to have both a beach and indoor team to receive the team honor.