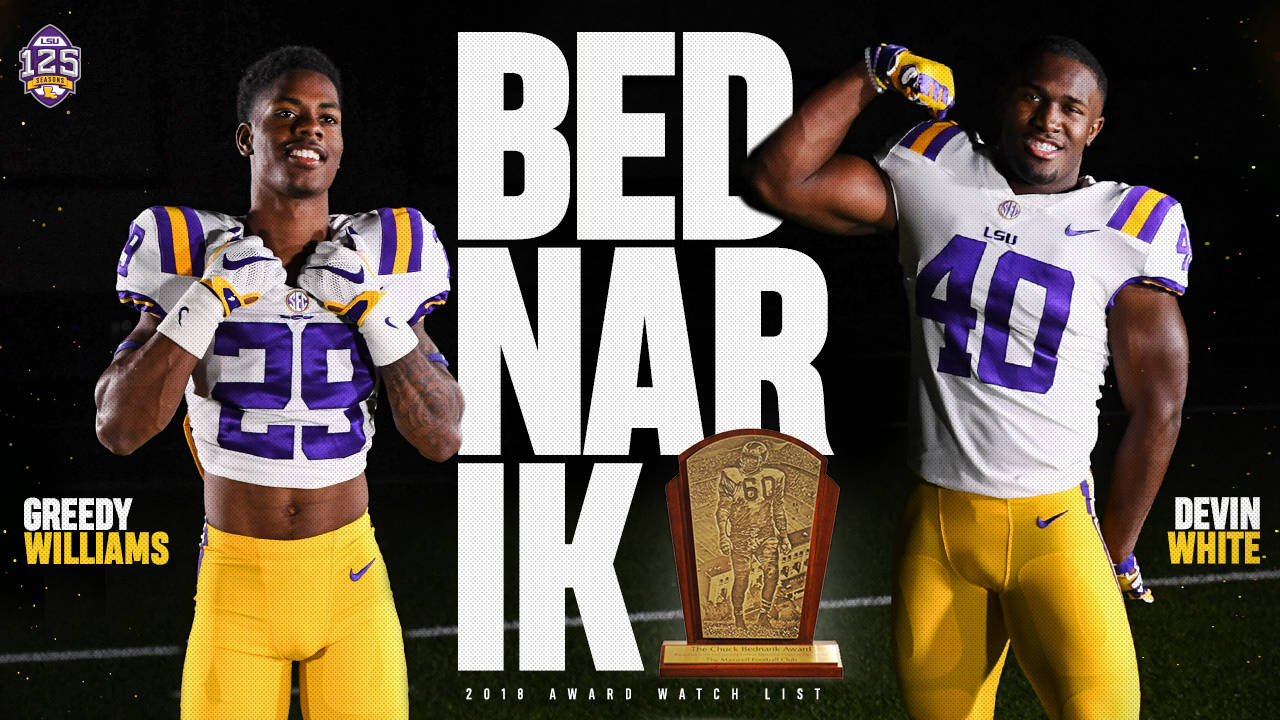 The watch lists is the first of 16 set to be announced over the next two weeks. The Bednarik Award has been presented to the College Defensive Player of the Year since 1995. Patrick Peterson and Tyrann Mathieu took home the awards in 2010 and 2011.

White set a league record by earning SEC Defensive Player of the Week honors four times in 2017. He also tied the school record for double-digit tackles in a season as he accomplished the feat eight times.

White earned second team All-America honors last year in what was his first season as a starter for the Tigers. In 25 career games, White has recorded 163 tackles and 5.5 sacks.