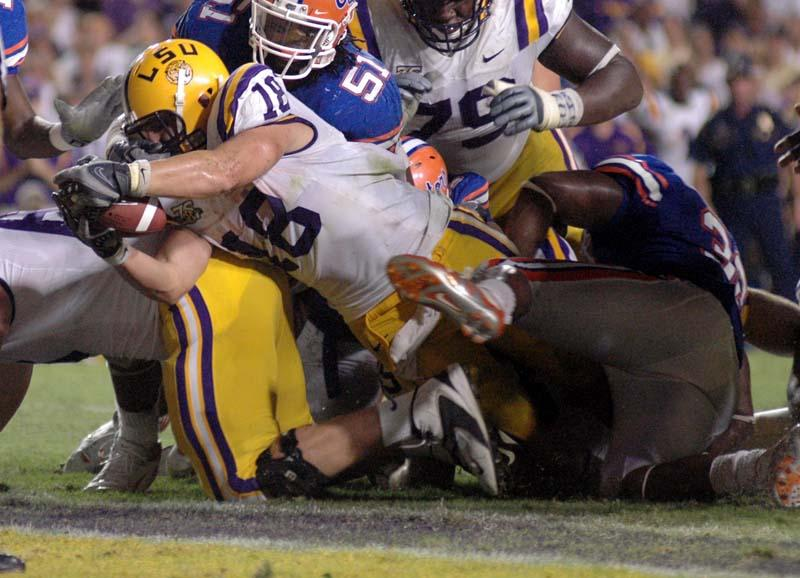 BATON ROUGE – LSU Athletics announced Sunday the launch of its new social media network, “Geaux Live.” The series will follow the LSU football throughout the 2018 season, providing fans an inside look into the program. Former LSU football great Jacob Hester will serve as the network’s first host and digital reporter.

He’s a national champion, team captain and No. 18. @JacobHester22 is going to be the host of Geaux Live! Follow along for behind-the-scenes footage, interviews and more. https://t.co/45OuzAGfyr pic.twitter.com/KgXAtPCvdI

Hester will continue hosting his radio show “Hangin’ with Hester” on 104.5 ESPN weeknights from 6-8 p.m.

Geaux Live will feature clips primarily filmed and edited on mobile devices and on the go. Senior Associate Athletic Director Robert Munson said the concept of “Geaux Live” came as result of listening to what the fans want and bringing compelling content directly to them.

“We didn’t want to stop telling our story simply because we were on a plane or in a hotel or didn’t have a full camera crew,” said Munson. “That’s sometimes when the best stories happen and it’s the content our fans want – real and authentic.”

Munson said the network will begin with LSU football, but there are plans to expand the concept to other sport with more hosts and reporters. Hester, he said, brings instant credibility to the initial production.

“This is new and we’re going to learn a lot in the next few months as we experiment and try new things,” said Munson. “We’ve got a great team at LSU working behind the scenes – they are as smart and creative as any in collegiate athletics. Jacob comes in and caps it all off. He’s a great fit for what we’re trying to do.”