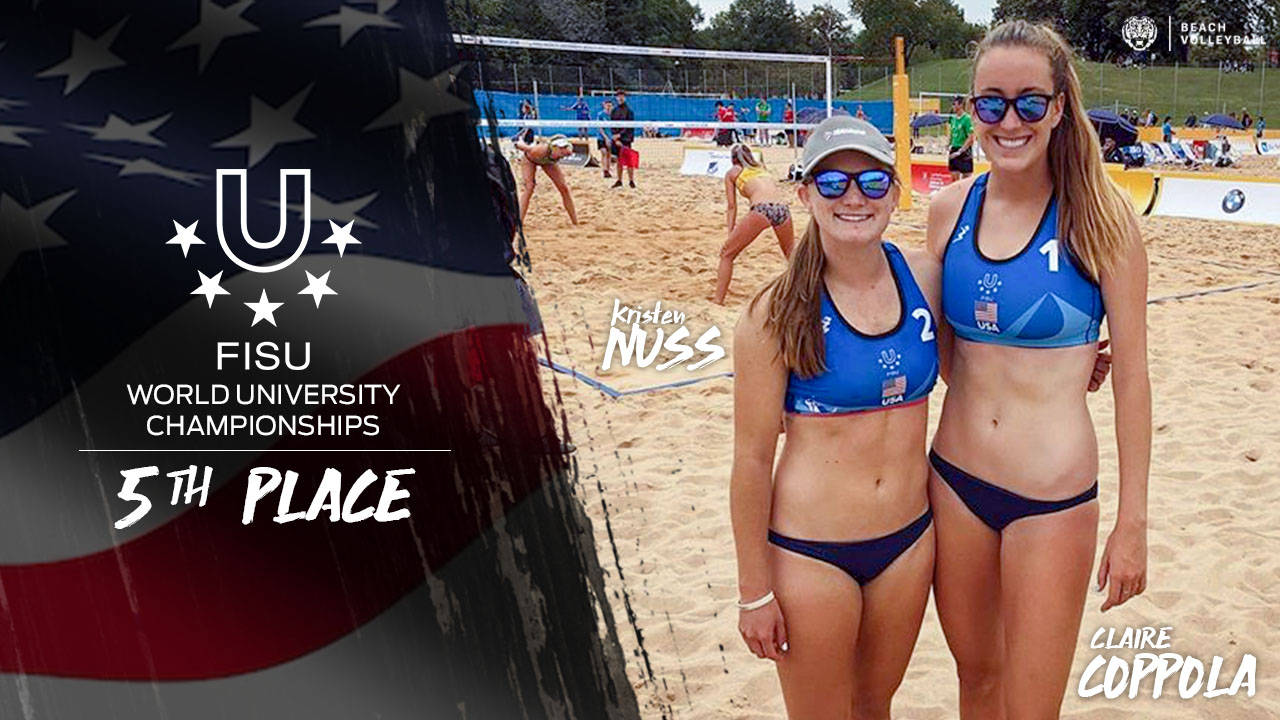 MUNICH, Germany – Claire Coppola and Kristen Nuss finished a successful week at the FISU World University Championships as they won their match for fifth place on Friday.

The tournament began with 32 pairs from 29 countries on Monday. After sweeping through pool play, Coppola and Nuss earned a first round bye and then defeated the Japanese pair of Asami Shiba and Satono Ishitsubo to advance to the quarterfinals.

In its quarterfinals match, the American duo fell to the ultimate tournament champions, twins Megan and Nicole McNamara from Canada. In order to advance to the match for fifth place, Coppola and Nuss had to go through the Austrian pair of Nadine Strauss and Franziska Friedl in an elimination dual.

Coppola and Nuss earned their way in to the FISU World University Championships after winning the USAV Collegiate Beach Championship back in May at Hermosa Beach, California.