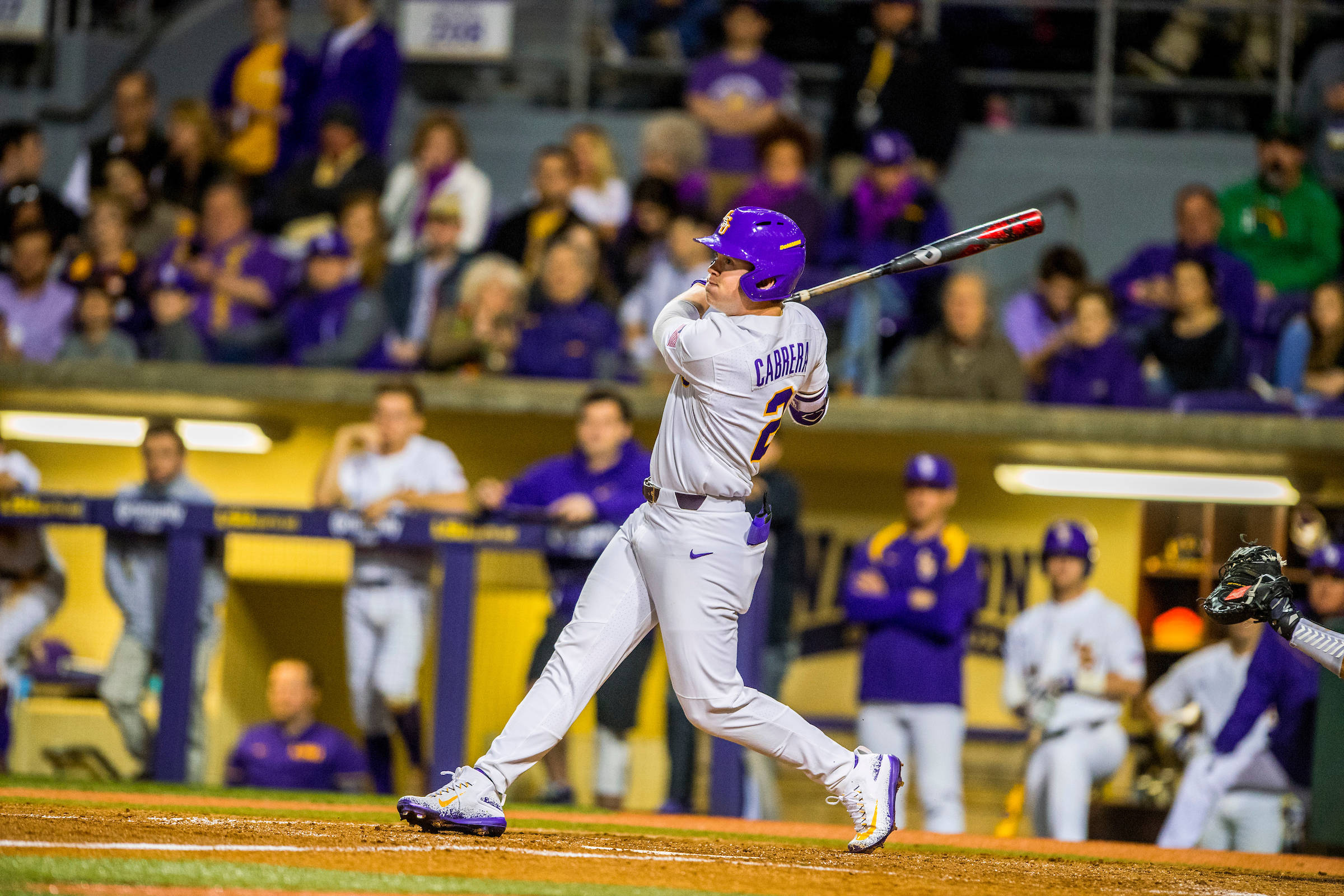 The win completes Team USA’s sweep of its three series this summer after previously winning all five games against Chinese Taipei and taking three of five from Japan. It has now won its last seven series, dating back to the 2016 campaign.

The Collegiate National Team will have a chance to make history on Saturday when it goes for the four-game sweep of Cuba at 10 a.m. ET. Team USA has never won more than three games in a series held on the island. Thursday’s contest which was rained out will not be rescheduled.

The U.S. has allowed just one run in three games against Cuba and is working on a shutout streak of 18.1 innings going into the series finale. The shutout is the team’s third of the summer, having also blanked Japan, 1-0, on July 4.

Feole and Cuba starting pitcher Freddy Asiel Alvarez matched each other pitch-for-pitch through the first four innings, posting zeroes in each frame before handing the ball off to their respective bullpens.

Thompson and Cronin got Team USA through the eighth unscathed before Meyer took over and pitched a perfect ninth to earn his seventh save of the summer and second of the series.

At the plate, Cabrera and Vaughn did all the damage with their back-to-back blasts in the top of the sixth off Cuban reliever Erly Casanova. Cabrera took a 1-1 changeup and deposited in the right-field seats before Vaugh finished off a seven-pitch at-bat with a towering shot just inside the left-field foul pole.

For the series, Cabrera is now hitting at a team-leading .545 clip with six hits and two runs scored.

Cuba had a number of prime scoring opportunities, but another stellar defensive effort and a pair of U.S. double plays helped strand eight runners in the contest.

QUOTES
USA Baseball CNT Manager Paul Mainieri
(On coaching Team USA to three series wins this summer)
“The whole summer has been like a dream for me. We have such a great group of kids, I have all my best friends surrounding me on the coaching staff, we have won all three series we have played, and we have a chance to sweep Cuba on Cuban soil which has never been done. Our guys are very motivated to come out tomorrow. We are celebrating that we have won all of our series this summer, but we still have unfinished business tomorrow. I told the players I am kind of sad because we only have one more game together. It makes me a little watery-eyed because you grow very fond of these kids and, obviously, these coaches are my best friends. It will be our last time to be together, so I would like to see us go out tomorrow, play our hearts out, and finish on a very positive result.”

(On the success of the Team USA pitching staff this summer)
“You can’t say enough about what Brian O’Connor has done. He is a great head coach at the University of Virginia, but before he was a head coach he was a phenomenal pitching coach and he has demonstrated that again during the period of time we have been together this summer. He is not reinventing the wheel, obviously these kids are very talented, but we are utilizing them correctly, he is calling the games, and he is handling them the right way. He has worked so hard. He didn’t just put on the USA uniform and go through the motions. He worked hard in preparation for this summer, learning about all of the pitchers we were inviting, watching video of them, developing a relationship with them, and they have really responded to his leadership.”

USA Baseball Outfielder Daniel Cabrera
(On his home run)
“He started me off with two fastballs, one up-and-away for a ball and one on the black for a strike in, and I was just sitting changeup because he had thrown a good amount of changeups the inning before. I just sat on it and got a hanging changeup.”

(On playing in Cuba)
“This experience has been awesome. It is a different atmosphere here with all the Cuban people screaming and playing horns. It has been a blast.”

(On the U.S. pitching staff)
“Our pitchers are just throwing up zeroes every inning. They are striking out people and our defense is making wonderful plays. It gives you so much confidence going up there as a hitter when your pitchers are doing that.”

(On the LSU connections on Team USA this summer)
“There is no other feeling like representing your country. When you able to share that experience with your head coach and some of your best friends like Zach Watson and Zack Hess, it doesn’t get much better than that.”