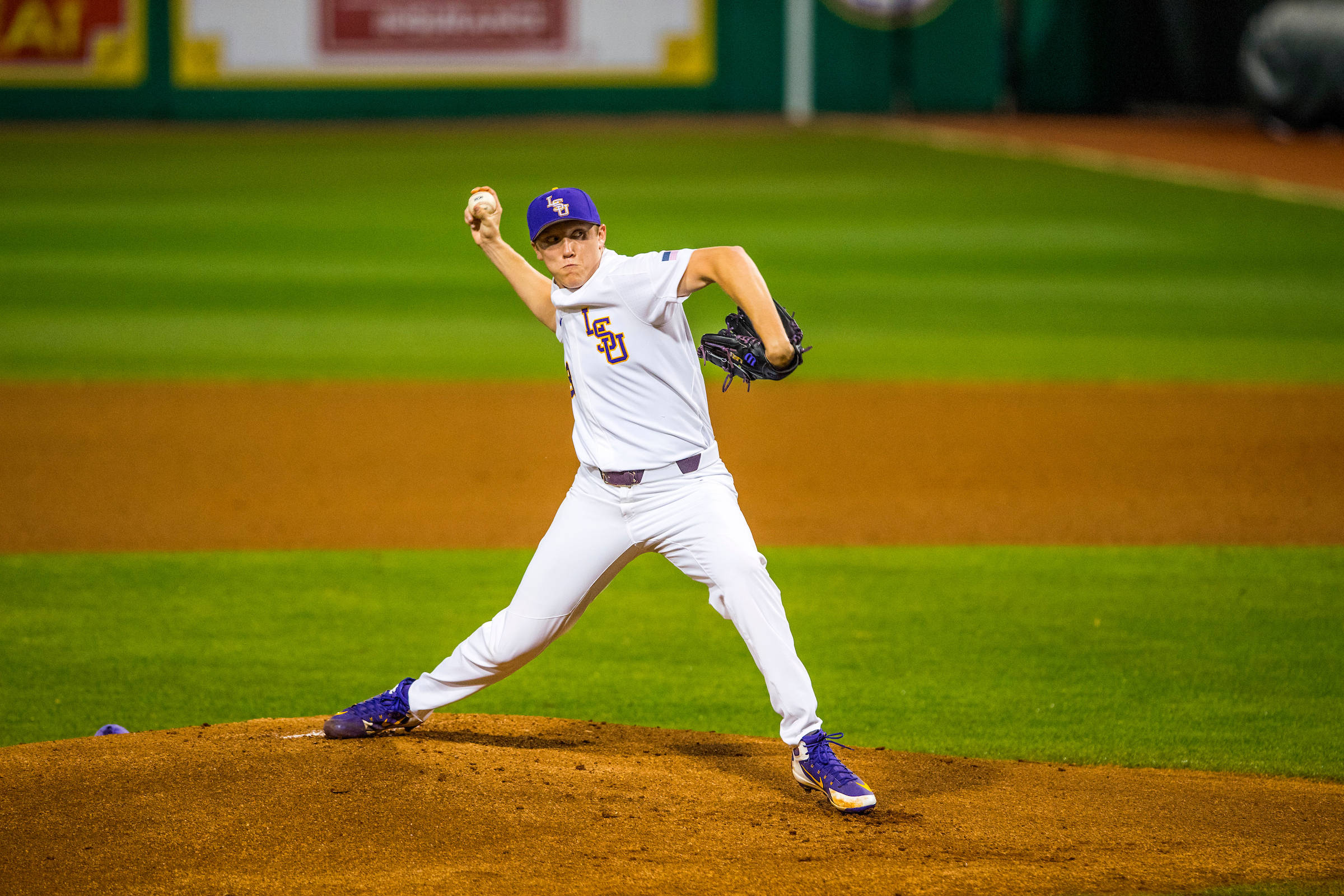 HAVANA – Three pitchers combined on a three-hit shutout and the offense scored three times in the second inning as the USA Baseball Collegiate National Team won for the second consecutive day, defeating Cuba, 3-0, at Estadio Latinoamericano on Wednesday.

Starting pitcher Zack Hess (LSU) got Team USA off to a solid start with four scoreless frames, striking out one and yielding just three hits and no walks.

Jake Agnos (ECU) picked up right where Hess left off, retiring all 12 batters that he faced in his four frames of work with three punchouts. Max Meyer (Minnesota) then twirled a 1-2-3 ninth to pick up his team-leading sixth save of the summer.

Combined, the three pitchers retired the final 18 batters that they faced as the U.S. notched its second shutout of the summer, having also blanked Japan, 1-0, on July 4 in Durham, N.C.

Offensively, all three of the red, white, and blue’s runs came in the second inning.

Andrew Vaughn (Cal) drew a leadoff walk to get the ball rolling and Josh Jung (Texas Tech) put two on as he reached on an error by Cuban second baseman Juan Carlos Torriente.

Dominic Fletcher (Arkansas) quickly put the U.S. out front, driving in both runners with a double to right-center. Bryson Stott promptly moved Fletcher up to third with a sacrifice bunt before Braden Shewmake (Texas A&M) stroked an RBI triple to the gap in right-center.

Shewmake finished 2-for-3 with a run scored, while Daniel Cabrera (LSU) tallied a two-hit effort as well.

Team USA will look to clinch its fourth consecutive series victory over Cuba when the two teams take the field at Estadio Latinoamericano at 7:15 p.m. ET Thursday night. The final two games of the series will then be played at 10 a.m. ET on Friday and Saturday.

QUOTES
USA Baseball CNT Manager Paul Mainieri
(On Team USA’s effort on Wednesday)
“We had one great inning but we hit a couple of balls with runners in scoring position that looked like singles up the middle only to see their pitchers make great plays to keep more runs for scoring. I thought we played pretty well offensively, but certainly the key to the game was the dominating pitching of Zack Hess, Jake Agnos, and Max Meyer. Just phenomenal performances by all three guys. When you pitch like that it is almost impossible to lose. I’m just so proud of those guys, they have all done a tremendous job in every outing. Agnos could possibly come back once more in game five, if needed, but Hess is done for the summer now. He just did a tremendous job in all three outings here with Team USA with nine scoreless innings.”

(On having a chance to win the series tomorrow)
“It’s amazing to think that we spent all that time traveling down here yesterday, played such a great game yesterday and came back tonight with another outstanding performance. But we still have three tough games to go. You can’t look too far ahead, but we are excited to have a chance to win the series tomorrow and I think our guys will be ready to go.”

USA Baseball RHP Zack Hess
(On playing for Team USA)
“It has been awesome. This is something I have dreamed about doing ever since I was a little kid. I’ve always wanted to be a part of USA Baseball and it has been a dream-come-true to be around all these guys this entire summer. It has been an incredible time and I am excited about finishing up strong with these guys.”

(On playing with several LSU teammates and for his college head coach for Team USA)
“It has been awesome. I know Coach Mainieri has been having a lot of fun with it and this is something he has always wanted to do. When he got the news back in the fall, he was so excited, and the fact that we have me, Daniel (Cabrera), Zach (Watson), and Antoine (Duplantis) earlier in the summer, has been incredible. We all took it with a lot of humbleness and have been enjoying every second.”

(On the success of Team USA’s pitching staff this summer)
“I think everyone on our pitching staff has done a phenomenal job all summer. Everyone has been very aggressive within the strike zone and we are all pitching with a lot of confidence. We’ve just kind of gone after guys. At the end of the day we are pitching against wood bats, so that is definitely a transition from college ball, but I think everyone is trying to be more aggressive and that has been a big key to our success.”