Coppola and Nuss Advance to Quarterfinals in Germany 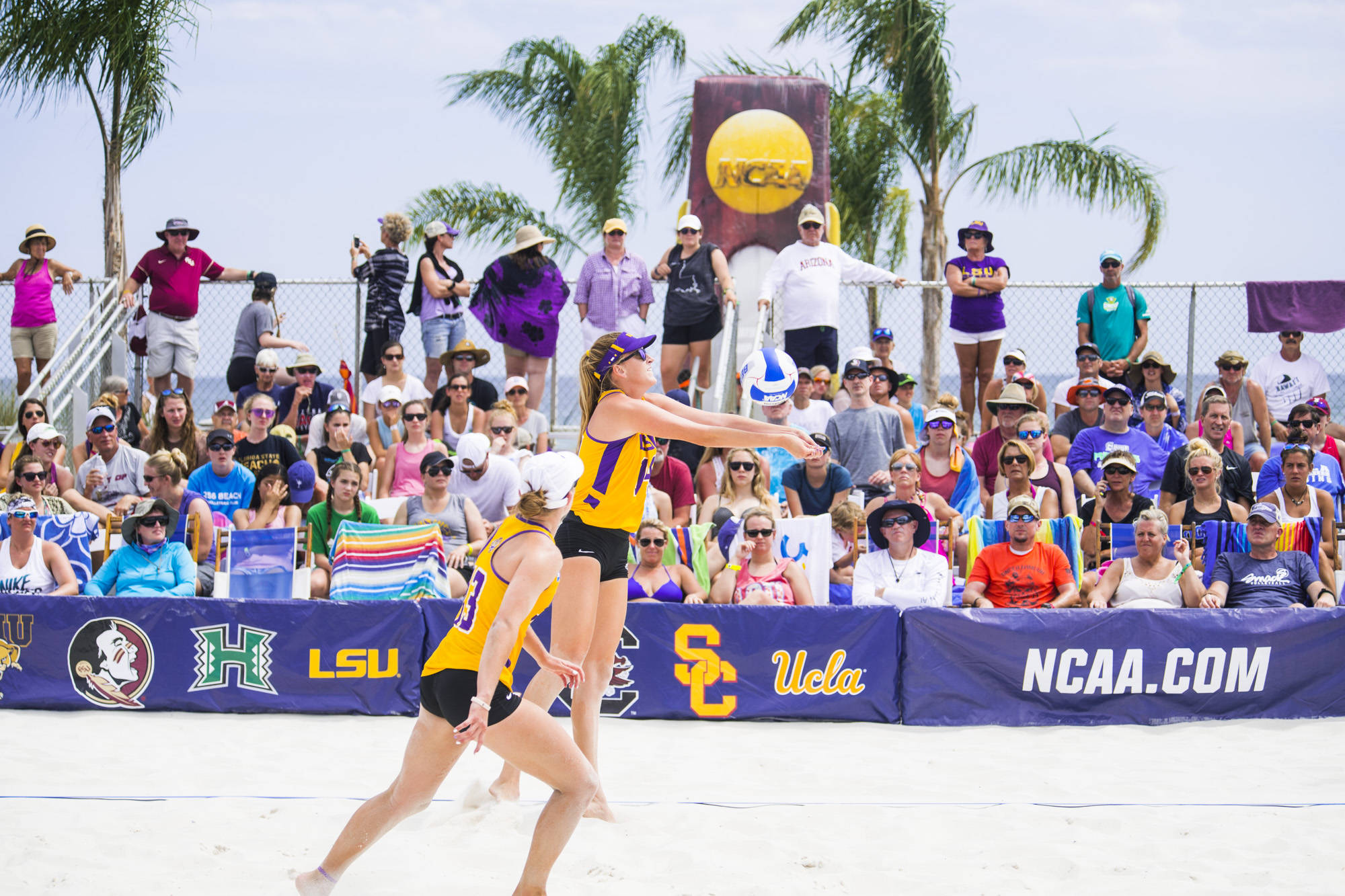 MUNICH, Germany – Claire Coppola and Kristen Nuss of the LSU beach volleyball team, representing America, continued their winning ways in bracket play at the FISU World University Championships as the duo defeated Japan on Wednesday to advance to the round of eight, where they will face a familiar foe.

The tournament began with 32 pairs from 29 countries, but after three days of play, only eight pairs remain in contention for the tournament championship.

On Monday and Tuesday, Coppola and Nuss swept through pool play, earning a first round bye and setting up a round two matchup on Wedneday against the Japanese pair of Asami Shiba and Satono Ishitsubo.

The American pair made quick work of Shiba and Ishitsubo, winning in straight sets, 21-15 and 21-16. The win secures a spot in the quarterfinals for Coppola and Nuss.

On Thursday, Coppola and Nuss will face twins Nicole and Megan McNamara who are representing Canada and play collegiately for UCLA. Coppola and Nuss will look to get revenge against the McNamara twins, who defeated the LSU duo on Court 1 in Gulf Shores, Alabama back in May at the NCAA Championship in Gulf Shores, Alabama in straight sets, 21-10 and 21-17. The McNamara twins ultimately led UCLA to the 2018 NCAA national title.

Thursday’s match will take place at 4:30 a.m. CT and live streaming will be available. The twins have not lost a set thus far in the tournament through four matches.