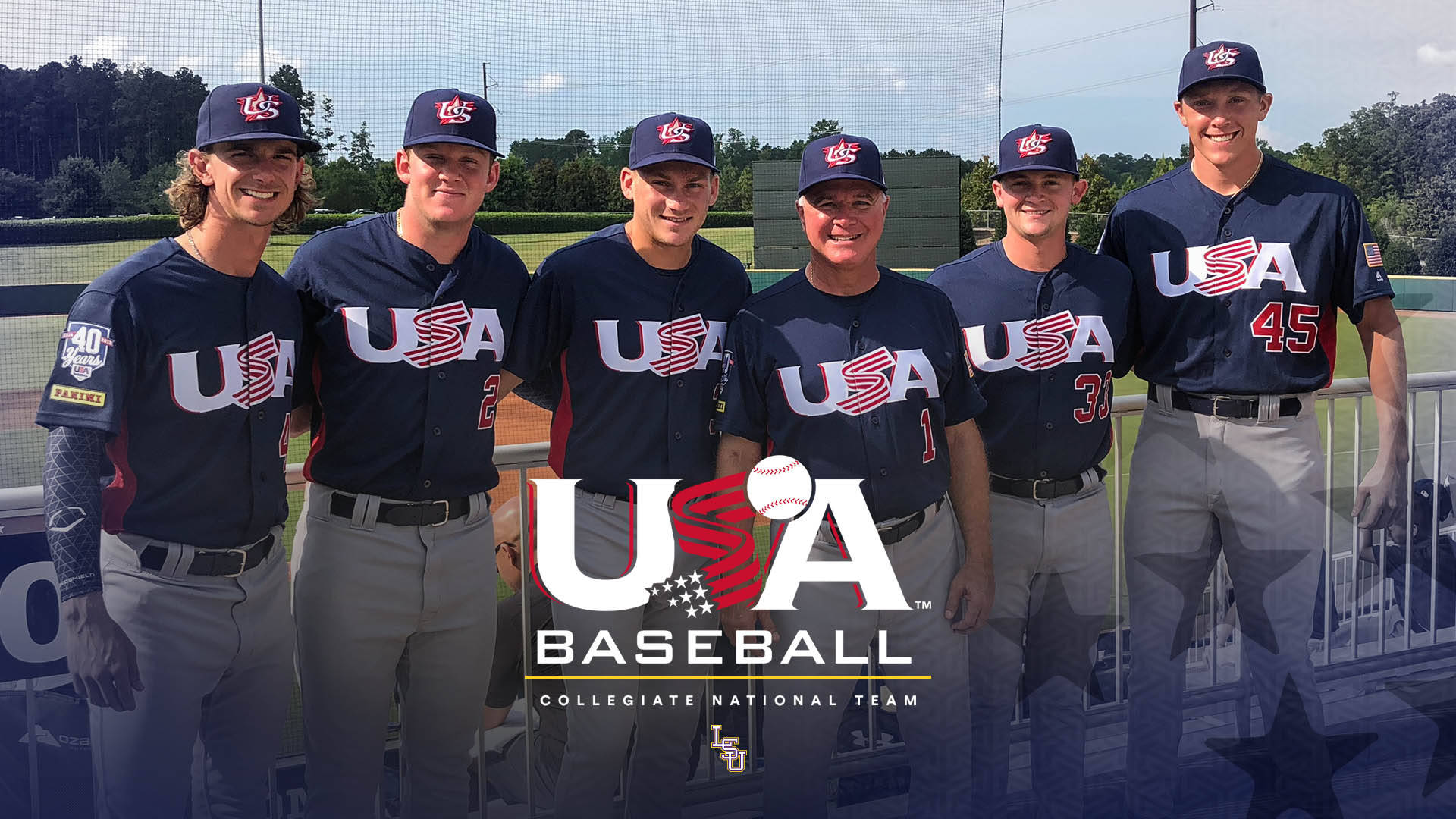 ATLANTA – In a fitting end to an extremely hard-fought and tightly-contested series, Monday’s finale between the USA Baseball Collegiate National Team and Japan took extra innings to decide with Japan claiming a 4-3 walk-off win in the 11th at SunTrust Park, home of the Atlanta Braves.

The U.S. clinched the series victory on Sunday with a 7-6 win in Macon, Ga. It also won the contests held on July 4 in Durham, N.C., and July 5 in Savannah, Ga. Japan’s only other triumph came in the series opener, July 3, in Charlotte, N.C.

Having won the 42nd U.S. vs. Japan Collegiate All-Star Series, the red, white, and blue improves its series record to 24-18, including a 21-1 mark in series held in the United States. The Collegiate National Team now holds a 127-106-2 record all-time in games against Japan.

As proof of the tightly-contested nature of the entire series, the U.S. narrowly outscored Japan, 14-12, in the five-game set with only one game being decided by more than a single run.

Team USA will next head to Havana, Cuba, on Tuesday, when it will open a five-game series at Estadio Latinoamericano which is set to run July 10-14. The first four games are scheduled to start at 7:15 p.m. ET and the series finale will be played at 10 a.m. ET.

In Monday’s game, Japan wasted little time getting on the scoreboard, using a two-run double off the bat of Yukiya Ito to grab a 2-0 lead in the first inning.

The U.S. quickly got one of the runs back in the second though when Jung laced a double down the left-field line before coming around to score on a Spencer Torkelson (Arizona State) RBI single.

Team USA then grabbed the lead in the top of the fourth, when the first five batters of the frame all reached on singles. The fourth of those base hits came off the bat of Bryson Stott (UNLV) and brought two runs in to make it a 3-2 game.

Just two innings later, however, a walk and three wild pitches allowed Japan to tie the game back up and that is where the score would remain at the end of the ninth, prompting extra innings and the international tiebreaker rule to be implemented.

Despite having runners on first and second with nobody out, neither team was able to plate a run in the 10th. U.S. rightfielder Dominic Fletcher (Arkansas) made an outstanding play to keep the game alive in the home half of that inning as he caught a flyball and unleashed a laser to the plate where he was able to cut down a runner trying to tag-and-score for the frame’s third out.

In the top of the 11th, the red, white, and blue looked primed to take the lead back when Braden Shewmake (Texas A&M) laid down a leadoff bunt and beat it out for an infield single that loaded the bases.
Japanese pitcher Hiromi Ito escaped the jam, however, sandwiching a pair of strikeouts around a foul out to keep the score deadlocked.

In the bottom of the inning, Japan was able to score the winning run when Toshiya Sato laid down a sacrifice bunt to move both runners into scoring position and Takashi Umino followed with a game-winning sacrifice fly to center.

Both Jung and Torkelson finished the game with three hits to lead a 15-hit U.S. attack, while Andrew Vaughn (California) and Bryant Packard (ECU) had two hits apiece.

QUOTES
USA Baseball CNT Manager Paul Mainieri
(On the Japan series)
“Japan was just so impressive all series with the quality of their defense and their pitching. They just never gave in, never gave you a good pitch to hit, and they all had good stuff. We had 15 hits today, but we left a small army on base, a lot of which were in scoring position. You preach clutch hitting to every player that ever plays for you. It is what separates players. When you don’t come through with the clutch hits it is hard to win. Our pitching was phenomenal once again and we played good defense, but we just didn’t take advantage of our scoring opportunities. I’m proud of the fact that we won the series. It would have been nice to close it out with another win, but it didn’t happen so now we just have to turn the page and get ready to head down to Cuba.”

(On getting ready for the Cuba series)
“Obviously they are one of the premier baseball-playing countries in the world and we will be playing them in a very unique environment for everybody. We are just going to have to go after them and hopefully we can get a few more clutch hits and come through in our scoring opportunities.”

(On the opportunity to play at SunTrust Park)
“It is just amazing. Between Eric Campbell, Jim Hendry, John Schuerholz, and some of the other Braves’ people, they really gave us an incredible opportunity. For these players to be able to play in a Major League stadium was just an awesome experience.”

USA Baseball Catcher Adley Rutschman
(On winning the Japan series)
“It’s big. I think the guys are really happy even though today didn’t turn out how we wanted it to. We wanted to end on a high note, but I think the guys are really excited just to have the opportunity to play teams like Japan and Cuba. Just to be able to be in this atmosphere and this ballpark and just get a taste of what it is like is exciting. This team feels very fortunate and now everyone is looking forward to getting on that plane tomorrow and starting a new five-game series against Cuba.”

(On the upcoming Cuba series)
“I don’t know a whole lot about Cuba but we are all really excited to kind of see the unknown. We know their stadium holds quite a few people and we hope they get a good crowd there. Everyone is just excited to get rid of the uncertainty, see what Cuba has in store for us, and see how that series unfolds. Their style of play is unique and there are certain things that they do which are a lot different than what we have seen from Japan. But they get after, they play hard, and it should be a fun series.”

(On being named MVP of the U.S.-Japan series)
“More important are the bonds we are creating as a team here. At the end of the day, this award is just a bat. It is a tremendous honor and I am grateful to have won it, but all of that kind of stuff takes care of itself when you are out here having fun playing the game and enjoying being around your teammates.”