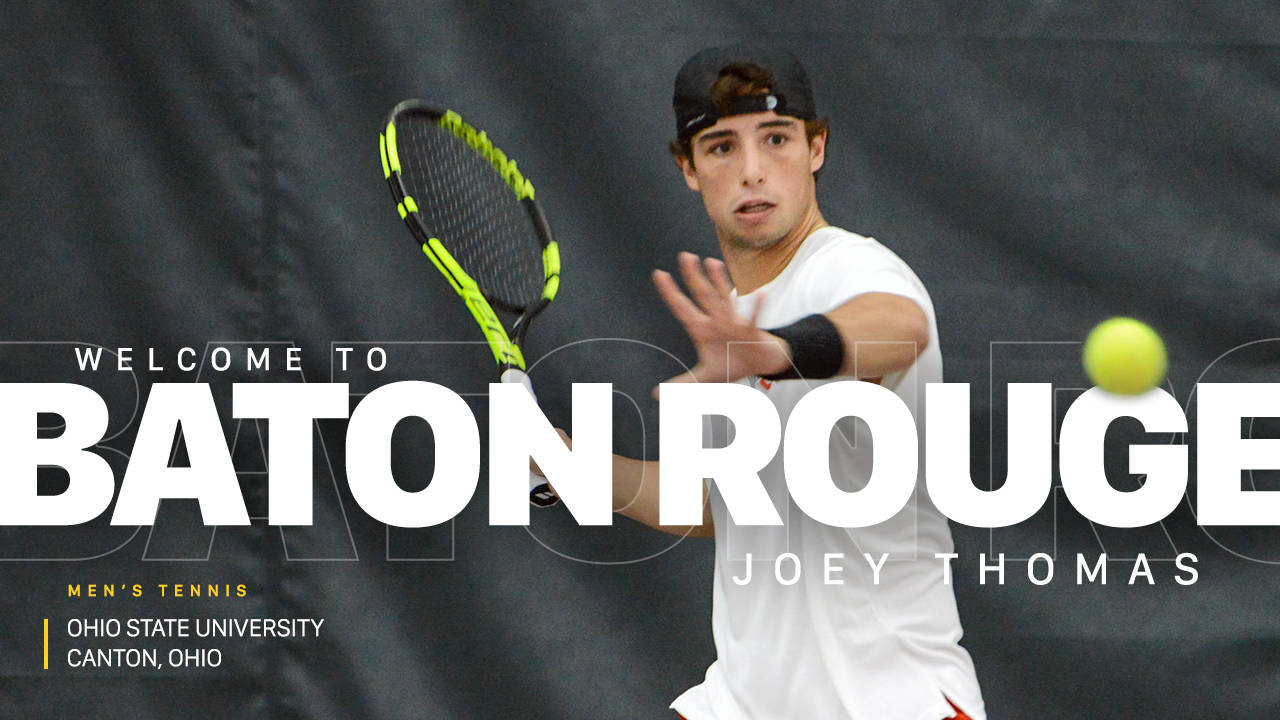 Thomas will join the Tigers from Ohio State University and will have three years of eligibility remaining. The rising sophomore redshirted the 2016-17 season and notched a 5-2 record in both singles and doubles play on the 2017-18 season.

“Joey’s a winner, and we can’t wait for him to get on campus,” co-head coach Chris Brandi said. “He’s a competitor and a great athlete who played multiple sports growing up. Joey is from a big tennis family and just played for one of the best collegiate tennis programs in the country, so he understands the level we are trying to get to. He’s very quick, but he also has a huge forehand for his size. Joey is a great student and a high achiever, and we are lucky to have him at LSU.”

Prior to his time at Ohio State, the Canton, Ohio native was noted as the No. 1 tennis player in the state of Ohio and was a five-star recruit. He was listed as high as the No. 8 player in the nation, according to tennisrecruiting.net.

With the addition of Thomas, the 2018-19 LSU men’s tennis team will have a total of five new additions—three transfers along with two signees—and five letterwinners returning to the LSU Tennis Complex in the fall.

The freshman class, which comprises of Boris Kozlov and Daniel Moreno was ranked the No. 21 recruiting class by tennisrecruiting.net, the highest ever rating by an incoming class for the LSU men’s tennis team.