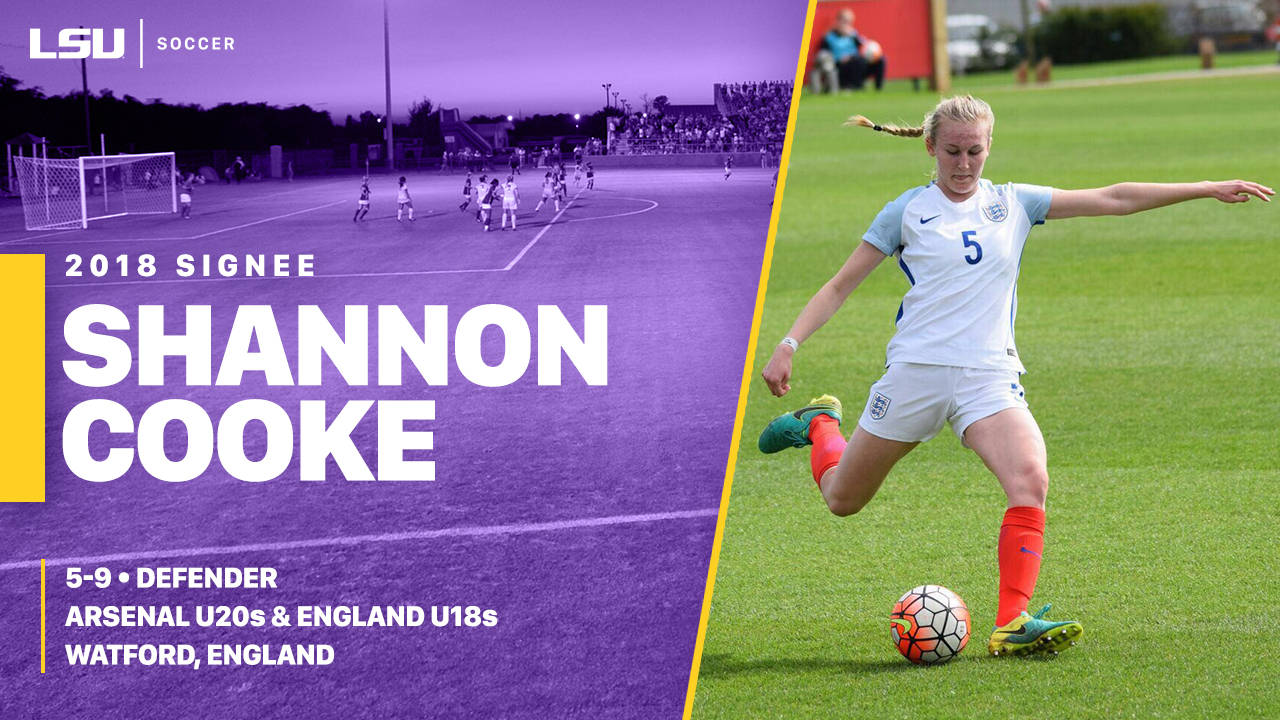 Baton Rouge, La. – The LSU soccer team has added a versatile defender to the program with the addition of Shannon Cooke, head coach Brian Lee announced on Monday.

“Shannon’s pedigree with the Arsenal and the England youth teams should help her contribute to our back line early on this fall,” Lee said. “She is one of the fittest, fastest, and most dedicated players to come through their squads in quite a while and we are delighted to have her with us here at LSU.

“She is the type of person that our fans will appreciate on and off the field over the next several years. She joins us from the same Arsenal side that developed 2017 standout freshmen Tinaya Alexander, Lucy Parker and Chiara Ritchie-Williams, so she comes to us well prepared.”

A member of the Arsenal u20 and England u18 squads, Cooke has played at the highest of levels in Europe. She has 18 career caps for England taking on international competition in the likes of Germany, USA, Denmark, France, Mexico, Italy and more. She helped the England squad take the top spot in their elite round group qualifying stage to advance to the 2017 UEFA Women’s u17 Championship that took place in the Czech Republic.

“The facilities at LSU are amazing and I just felt a sense of comfort from the coaching staff,” Cooke noted. “I’m looking forward to joining the Purple and Gold on the pitch this fall.”

She has played four seasons with the Arsenal u20 club including helping the squad win the FA Cup in 2016. In 2017, Cooke made her debut with the main Arsenal team in a friendly against Turbine Potsdam in Germany. She has been a part of two Arsenal wins when she played in a 2-0 win over Sunderland marking her first career cap on English soil with Arsenal, and she contributed to a 6-1 win over Bristol earlier this year in May.

Cooke is a solid addition to the already announced eight signees from February. She’ll report to Baton Rouge along with the rest of the Lady Tigers in early August for preseason camp.