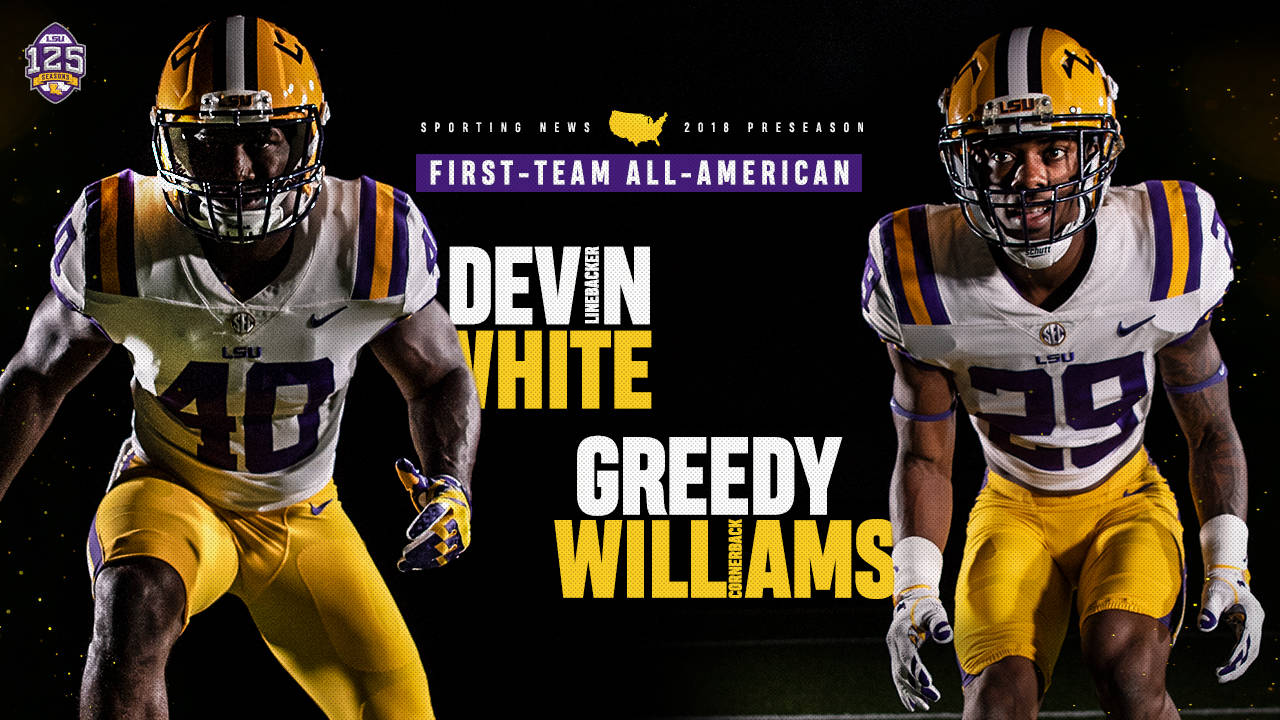 BATON ROUGE – LSU defensive standouts Devin White and Greedy Williams have been named to the Sporting News Preseason All-America squad for the 2018 season, the publication announced on Monday.

White set a league record by earning SEC Defensive Player of the Week honors four times in 2017. He also tied the school record for double-digit tackles in a season as he accomplished the feat eight times.

White earned second team All-America honors last year in what was his first season as a starter for the Tigers. In 25 career games, White has recorded 163 tackles and 5.5 sacks.