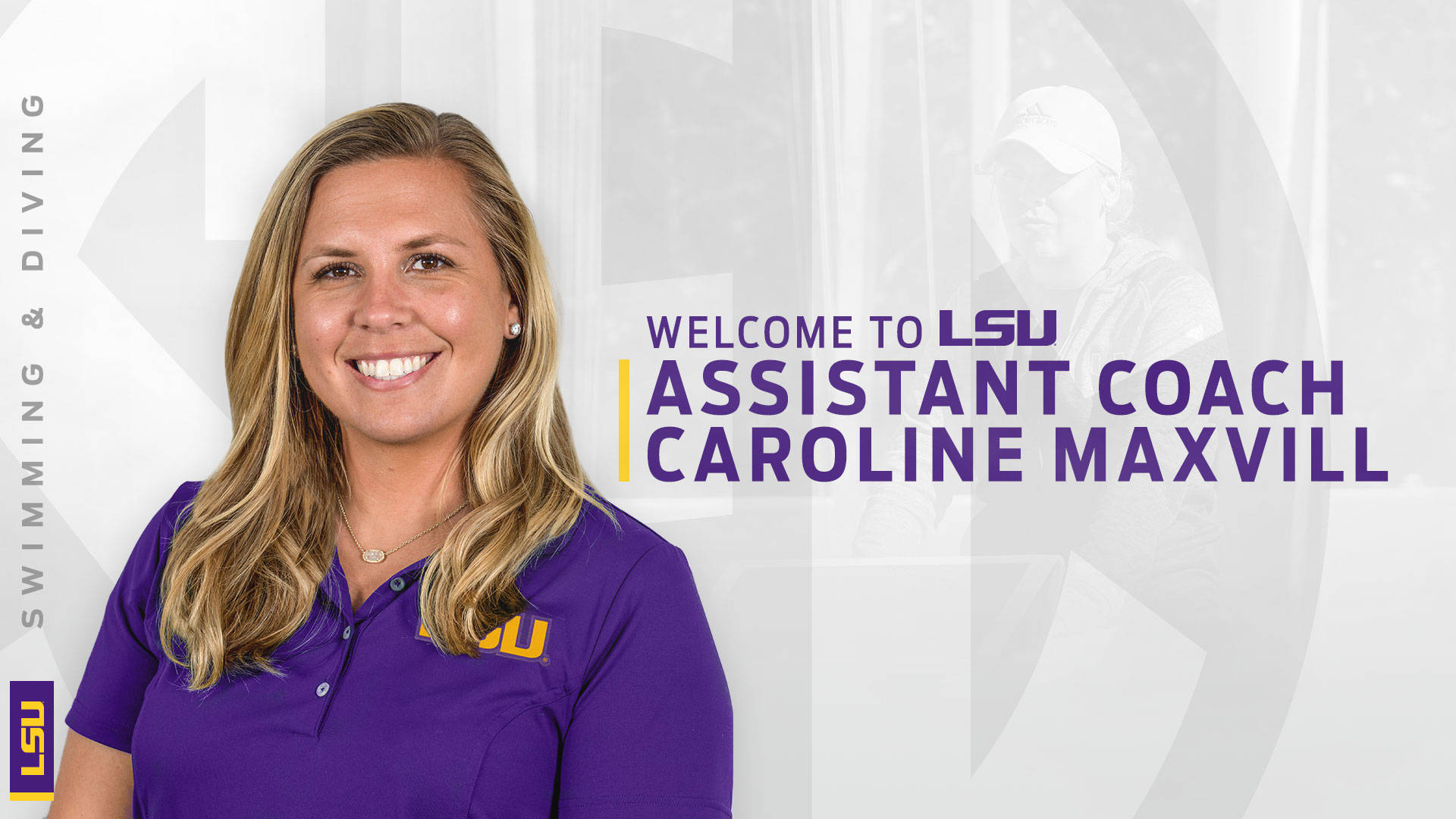 BATON ROUGE – LSU Swimming and Diving co-head coaches Dave Geyer and Doug Shaffer have announced the addition of Caroline Maxvill to the staff.

“I am very excited to be a part of the LSU swimming and diving program,” said Maxvill. “Thank you to Dave Geyer, Doug Shaffer, Steve Mellor, Milo Cavic, and the athletic department for welcoming me to their staff. The spirit and culture surrounding LSU Athletics to create a first-class program for their student-athletes is contagious and I am honored to be a part of the Tiger family.”

During her tenure with the Hurricanes, she played a crucial role in the development of Angela Algee, a two-time NCAA qualifier. Algee, along with Christina Leander, also made it to the U.S. Olympic Trials in 2016.

Prior to her time at Miami, Maxvill spent two seasons as a graduate assistant at TCU. The native of Dallas was also the head swimming and diving coach at Athens (Texas) High School in 2012-13.

Maxvill is also an accomplished swimmer herself. After winning the 2007 Texas 4A State Championship in the 100-yard breaststroke for J.J. Pearce High School, Maxvill qualified for the 2008 Olympic Trials in the 200-yard breaststroke.

“We are excited to have Caroline join our program here at LSU,” said Geyer. “When our staff met to discuss the great interest we had in this position, it was Caroline’s excitement and drive that really separated her from candidates. We know she is going to get here, roll up her sleeves and get to work. We can’t wait for her to get started building her coaching relationship with our student athletes and to hit the road for recruiting especially in her home state of Texas”

Maxvill graduated with a bachelor’s degree in Interdisciplinary Studies-Education from Texas A&M and with a master’s degree in Liberal Arts from TCU.