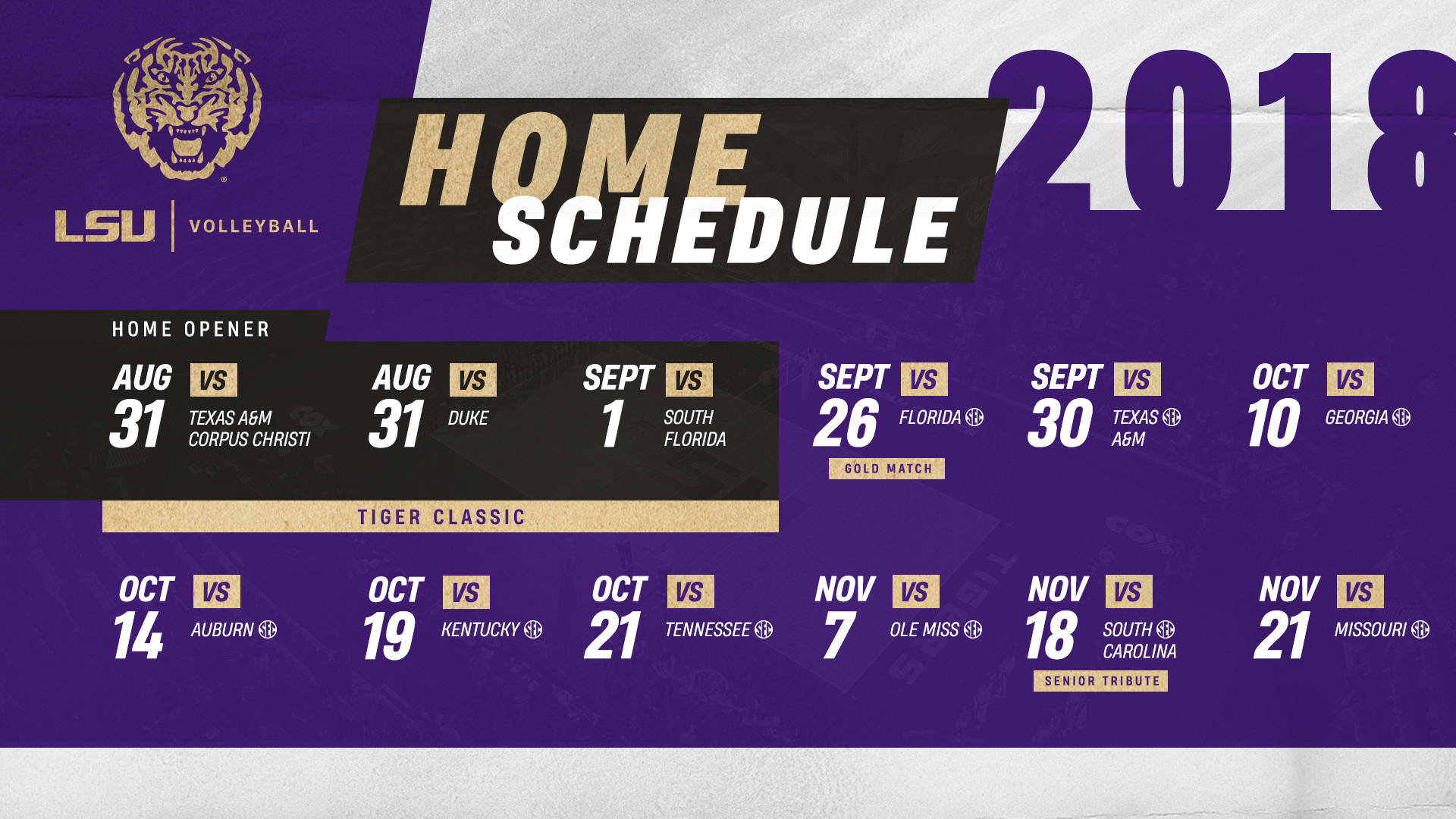 The 2018 schedule will be a competitive schedule for the Tigers, as they will compete in 19 matches against Top 75 RPI teams, nine of those matches will be against teams that competed in the 2017 NCAA Tournament.

Flory, who enters her 21st season as the head coach of the Tigers, is set to coach a squad of 10 returning players, including AVCA All-American Taylor Bannister, and adds five newcomers who was named the No. 25 recruiting class in the country by PrepVolleyball.com earlier in May. The Tigers finished the 2017 season with a 20-10 record and made their first trip back to the NCAA Tournament since the 2014 season.

“This will be a challenging non-conference schedule for our team,” said Flory. “We have some great opportunities to compete against outstanding NCAA Tournament teams right from the start. Success in the early portion of the season will pave the way for another NCAA Tournament appearance. Without a doubt, these matches will prepare us for an exciting SEC run. Our team is excited for the challenges and will be prepared.”

For the fourth-straight season, the Tigers will open up on the road, traveling to Waco, Texas to face Top 75 RPI teams in Baylor, Marquette and Texas State. Both Baylor and Marquette made the NCAA Tournament last season.

Following the trip to Texas, the Tigers return home to Baton Rouge to open up the home schedule with the Tiger Classic, hosting Texas A&M Corpus Christi, Duke and South Florida.

LSU will be on the road for most of September, starting with a trip to Michigan to face NCAA Tournament foes Colorado State and Michigan before taking on Oakland in Rochester.

A trip to Dallas will cap off the non-conference schedule, September 14-15. The Tigers will compete at SMU, facing tournament host SMU, Abilene Christian and Liberty.

A couple of key matches in the PMAC this season will be with 2017 NCAA Tournament Runner Up Florida on September 26 for the Tigers’ annual Gold Match. The Tigers will also host Kentucky on October 19. The Wildcats fell in the Quarterfinals of the 2017 NCAA Tournament.

Senior Tribute is set for Sunday, November 18 when the Tigers take on South Carolina. The Tigers will celebrate the careers of four seniors in Toni Rodriguez, Lindsay Flory, Olivia Beyer and Katie Kampen.

All home matches are free for fans. Tiger fans can get a first look at the 2018 squad in the PMAC on August 17 at the annual Purple & Gold Scrimmage.