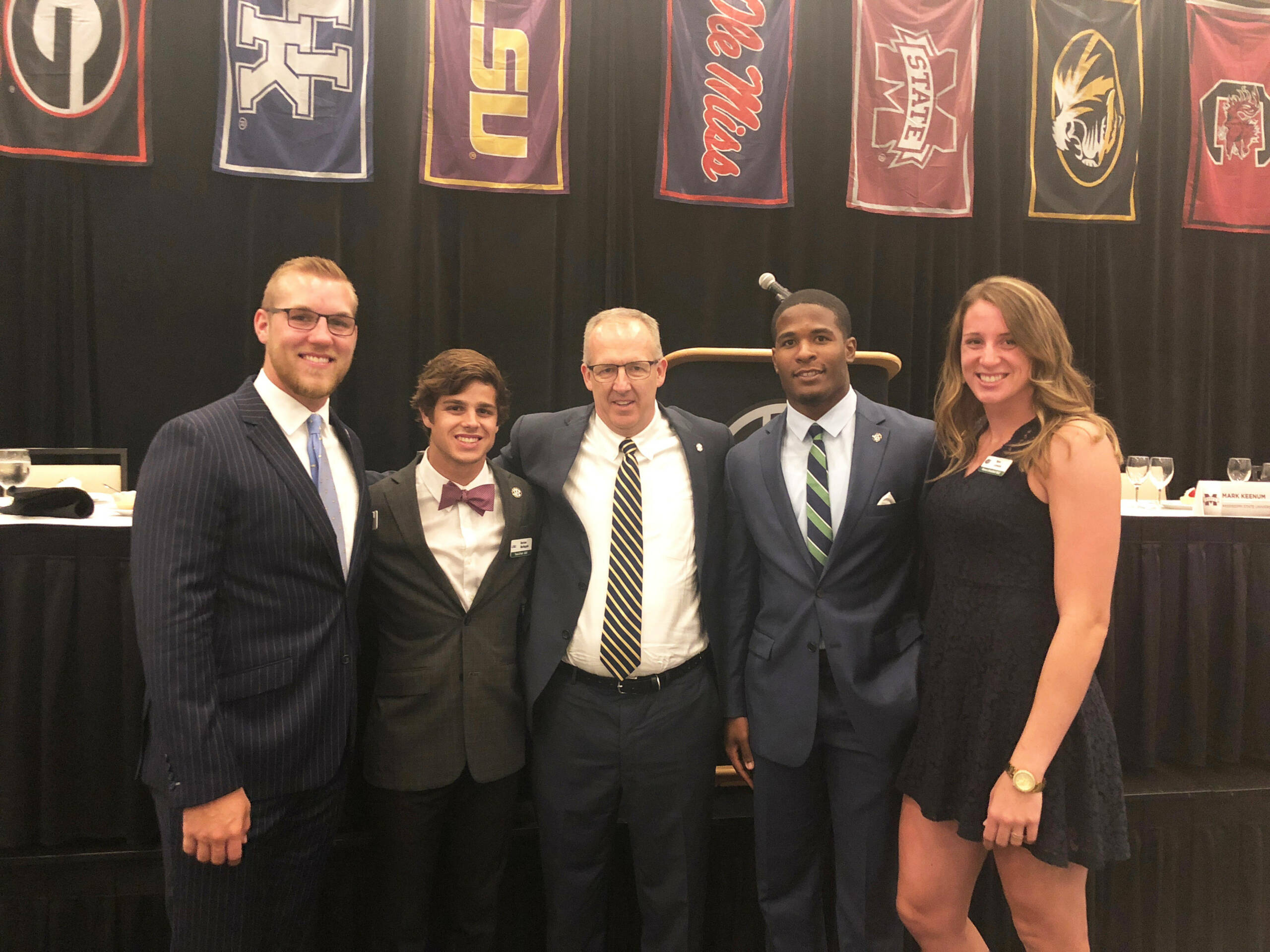 The week-long conference gave student-athletes from the SEC the opportunity to discuss and vote on different legislation and rules in the conference.

“SEC Spring Meetings were a fantastic opportunity to grow as a student-athlete as well as represent LSU on the conference level,” Ferguson said.

The goal of the meetings was to ensure that the universities and conference as a whole are on the same page about rules, policies and best steps moving forward regarding a variety of topics.

Ferguson and Martingayle were selected by their respective coaching staffs and peers to attend the meetings and represent LSU. Ferguson was selected as the chair of the SEC Football Leadership Council which allows him to represent all SEC football student-athletes at conference level meetings.

“It is an incredible honor to be one of few who represent both LSU and the entire SEC in meetings like we had in Destin,” Ferguson said. “It means so much to be seen as a leader amongst my peers and for them to vote me into a role where I can have a positive impact on the conference.”

Martingayle previously attended the SEC Student-Athlete Advisory Committee meeting and was elected the Vice Chair of SAAC by his peers. After that, he applied to be considered for the opening to be the representative to the NCAA for SAAC.

“I will always fervently defend principles I know many athletes share and hope to continue to be a point of contact for anyone who may have a concern regarding a variety of items,” Martingayle said. “To be a liaison between the conference and the athletes is an incredible opportunity as it helps me consider the interests of both sides. I am looking forward to expanding my current role in July when I travel to represent the entire conference at the NCAA SAAC Meeting.”

For Quinn, the meetings were a different experience as she was awarded with the Boyd McWhorter award — given to the top male and female scholar athletes in the conference.

“Winning the Boyd McWhorter Award is the greatest honor I have ever received,” Quinn said. “I am so proud to join a legacy of extremely deserving athletes who have won this award in the past. There were such an outstanding group of nominees this year, and it just shows how strong the SEC is academically and how well they prepare student athletes for careers after undergrad.”

Ferguson, Martingayle and many others voted to change that rule so that graduate transfers would be eligible to play immediately if they transferred in-conference.

“This is important because the prior rule restricted student-athletes as far as their options,” Martingayle said.

“While we’ve made great progress in these meetings, I do feel that there is always more work that can be done to maintain the standards of excellence that the SEC expects,” Ferguson said.

Ferguson and Martingayle feel it is important for student-athletes to be involved in the legislation process because they are among the group who is directly affected by these rules and policies.

The athletes are not only a representative of their respective university but are also a voice for each and every student-athlete in the conference. The SEC Spring Meetings shows the conference’s willingness to hear out the students and take into consideration their ideas and opinions.