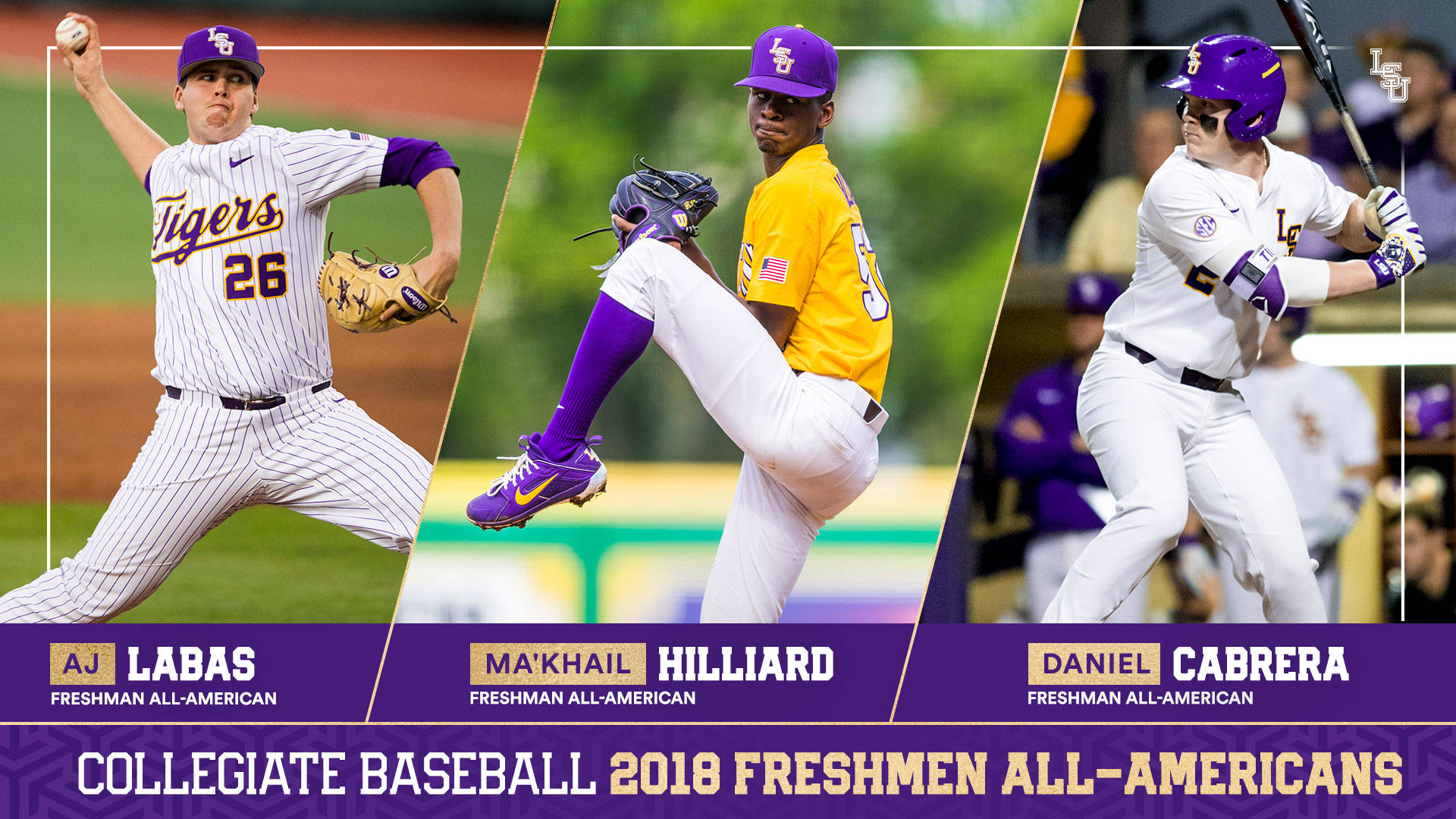 Cabrera, a Baton Rouge, La., product batted .315 this season with 18 doubles, two triples, eight homers and 54 RBI. A Freshman All-SEC selection, he is fifth in the league in RBI and sixth in the conference in doubles.

Hilliard, a native of Central, La. was 9-5 this season with a 3.79 ERA in 17 appearances (12 starts). The right-hander is fifth in the SEC in wins, and he worked 76 innings, allowing 32 earned runs with 31 walks and 70 strikeouts. He began his collegiate career by firing 17 consecutive scoreless innings and did not allow a run until the first inning of a start versus Missouri on March 18.

He was named SEC Freshman of the Week on May 7 after defeating fourth-ranked Arkansas – the SEC’s No. 1 offensive team – on May 6 with a brilliant effort, limiting the Razorbacks to one run on four hits in six innings with no walks and three strikeouts. The outing marked the first career start in an SEC game for Labas, who retired 13 of the first 14 batters he faced, and the only run he allowed was a solo homer by Arkansas leftfielder Heston Kjerstad in the fifth inning.

Labas fired a complete-game shutout against Lamar on April 24, allowing just six hits with one walk and a career-best nine strikeouts. He became the first LSU pitcher to throw a nine-inning shutout since Alex Lange versus Auburn on May 11, 2017.