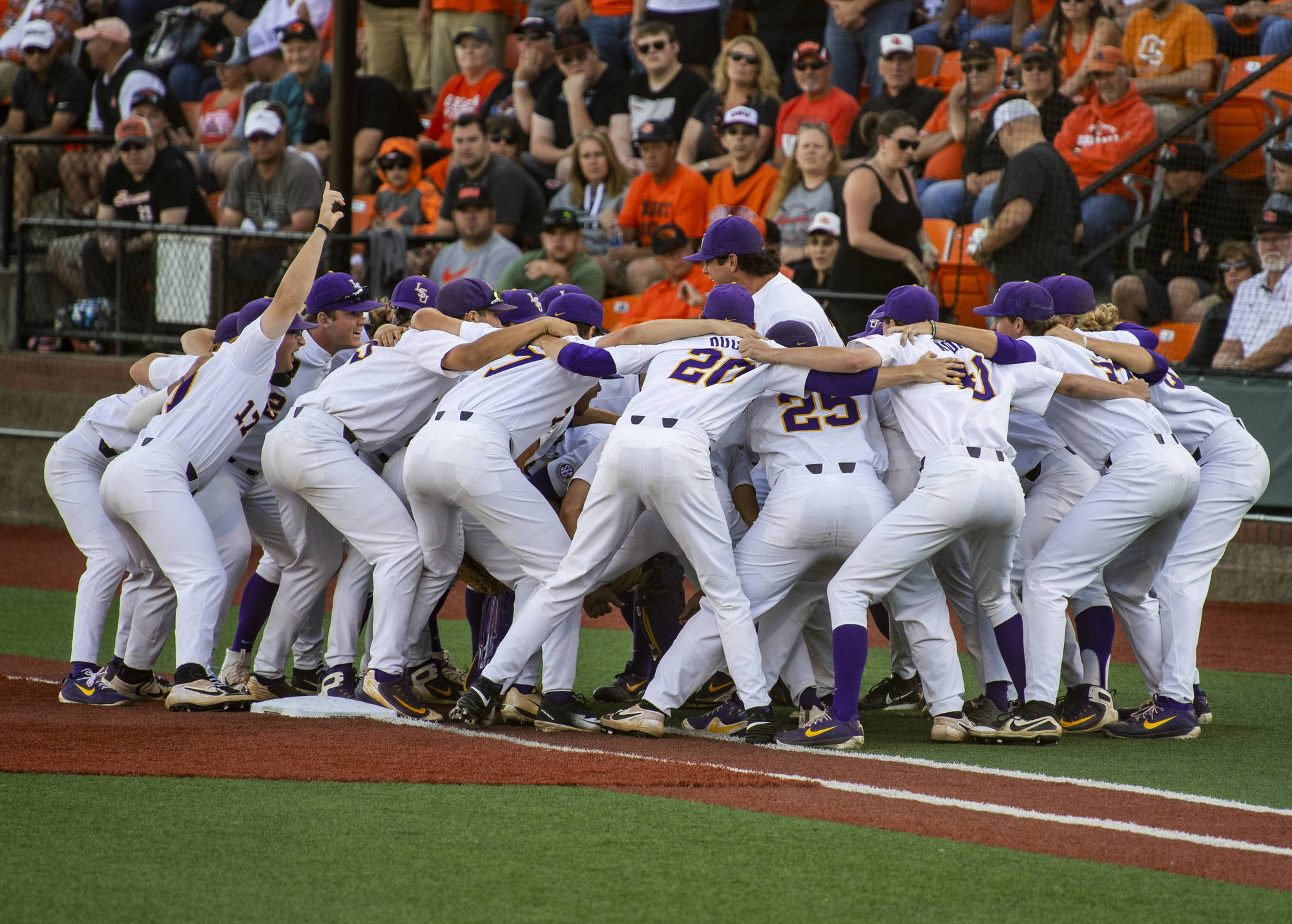 Oregon State (47-10-1) advances to play host to Minnesota next weekend in an NCAA Super Regional. LSU, which reached an NCAA Regional final round for the seventh consecutive year, completed its season with a 39-27 record.

Abel (4-1) worked eight innings, limiting LSU to no runs on three hits with one walk and eight strikeouts, firing a career-high 114 pitches.

LSU starter Devin Fontenot (3-1), pitching for the second time in three days, was charged with the loss as he allowed five runs – three earned – in one inning on three hits with three walks and two strikeouts.

Oregon State collected 14 hits and was led at the plate by Nobach, who was 3-for-4 with two doubles and two RBI.

“Whenever a season comes to an end, it’s always a very sad time,” said LSU coach Paul Mainieri, “especially when you have to say goodbye to kids who have meant so much to our program. It’s just hard when the end of the season comes; we’ve been seeing each other every day and working together every day, and all of sudden, it comes to an end.

“Our kids gave it everything they had, I’m so proud of them. They left it all out on the field, we just came up a little bit short.”

Centerfielder Steven Kwan gave Oregon State a 1-0 lead in the bottom of the first inning with a leadoff home run, his second dinger of the season. The Beavers added two more runs in the inning when third baseman Michael Gretler produced an RBI single and leftfielder Jack Anderson was hit by a Fontenot pitch with the bases loaded.

The Beavers extended the lead to 5-0 in the second on a bases-loaded walk by reliever John Kodros to rightfielder Trevor Larnach and a fielder’s choice grounder by Nobach.

Shortstop Cadyn Grenier unloaded a solo homer in the third off of LSU reliever Austin Bain, who pitched a season-high 3.2 innings. Bain, a senior competing in his final collegiate game, threw 81 pitches – more than twice his previous season-high of 40 – and allowed four earned runs on five hits with two walks and five strikeouts.

Bain, a two-way player, also collected an SEC-best 22 doubles at the plate this season while starting at DH, second base and first base.

“Nobody competed any harder than Austin Bain did tonight,” Mainieri said. “He’s a senior, and I’m just so proud of everything Austin did this year.”

The Beavers added four runs in a sixth inning that was highlighted by Nobach’s two-run double. Nobach lined an RBI double in the seventh before Kwan delivered an run-scoring single to give Oregon State a 12-0 advantage.