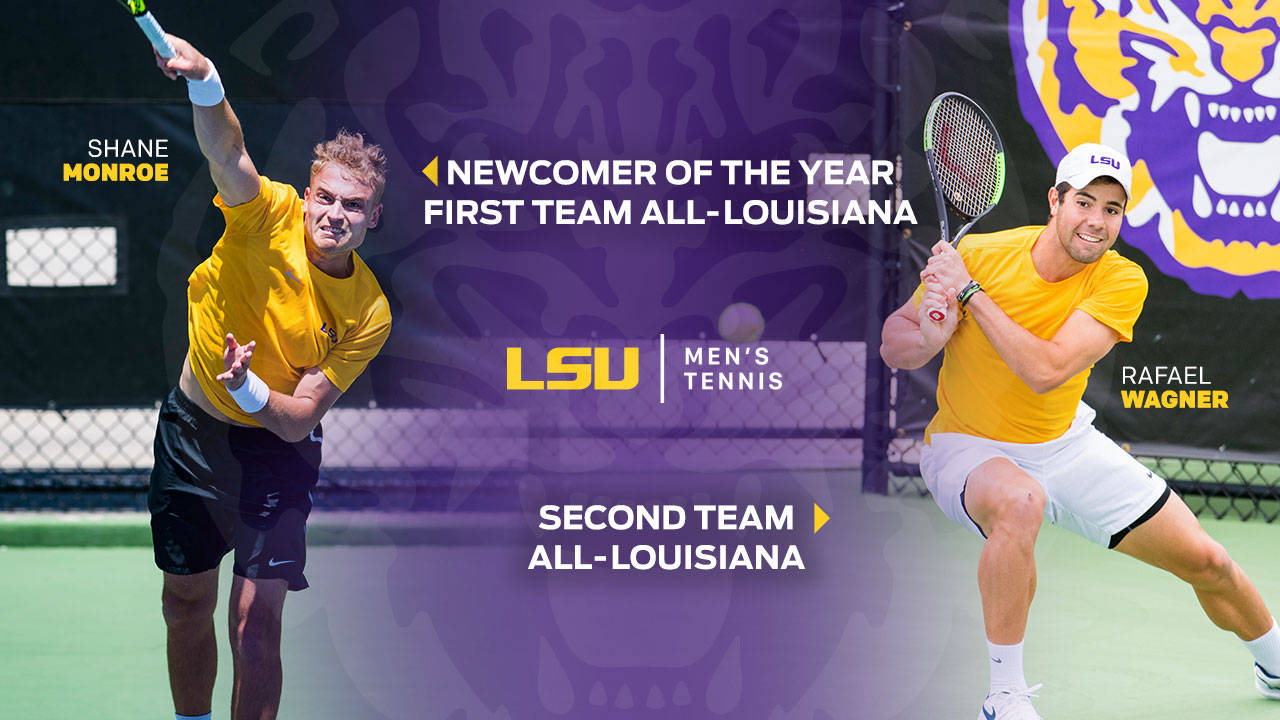 After sitting out the 2017 season due to NCAA transfer rules, Monroe played mainly on court one, compiling eight wins on the top court and two wins against nationally ranked opponents, South Carolina’s No. 24 Gabriel Friedrich and Alabama’s No. 92 Mazen Osama. He finished the season at No. 78 in the ITA singles rankings.

Monroe was previously named to the All-SEC Second Team and to the SEC Community Service Team for his excellence throughout the 2018 season.

Wagner made a huge jump in his sophomore campaign and compiled a team-best 17 wins on the singles courts across courts two and three. The Basilia, Brazil, native posted seven wins in the fall season, which was also a team high.

The sophomore earned one win against a ranked opponent in straight sets in No. 86 Matteo De Vincentis of Auburn. He partnered with Agie Moreno on the doubles court and moved to court one mid-season. The duo worked three wins on the top court and eight wins overall, including Georgia’s No. 10 Jan Zielinksi and Robert Loeb and Alabama’s No. 40 Thibault Cancel and Alexey Nesterov.