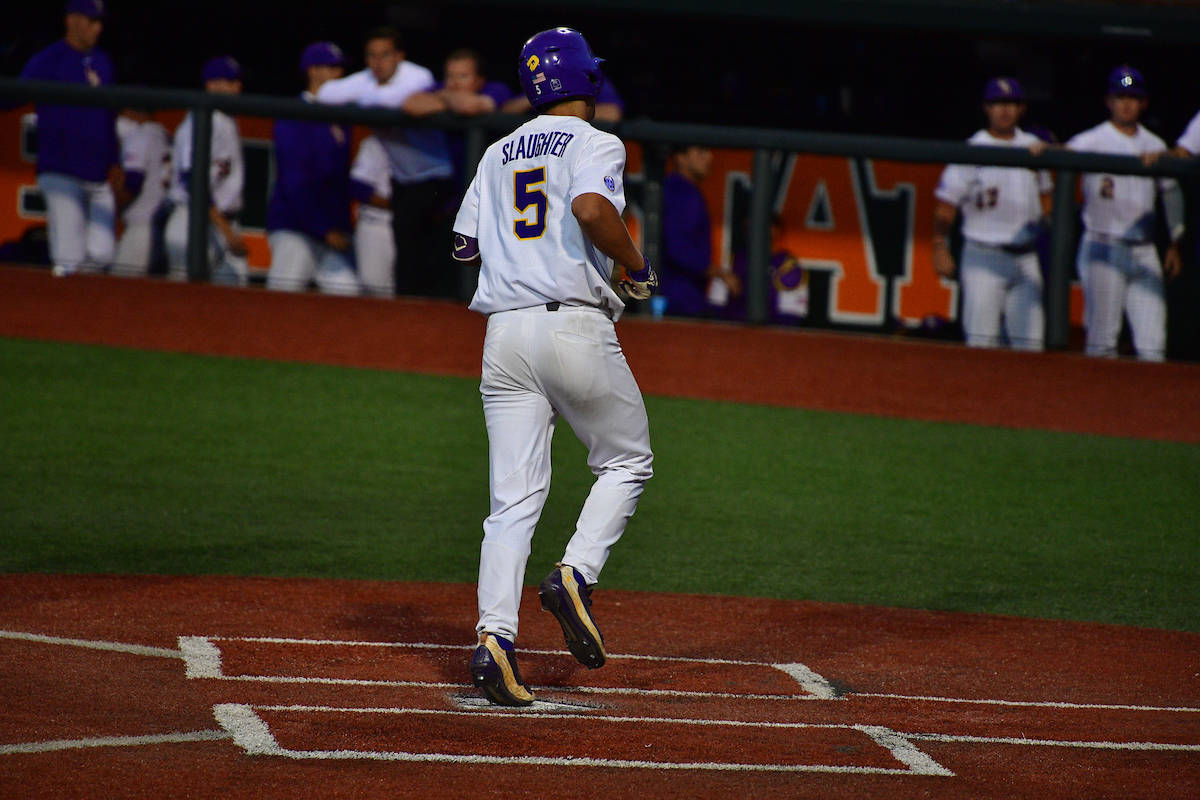 Oregon State improved to 46-10-1 this season, and the Beavers advanced to the championship round of the regional.

LSU starter Zack Hess (7-6) was charged with the loss, as he allowed nine runs – eight earned – on eight hits in 3.1 innings with four walks and six strikeouts.

“That was an extremely rough game for us,” said LSU coach Paul Mainieri. “I think Oregon State had a lot to do with that as they played very well tonight. We had some opportunities to score early in the game but we couldn’t capitalize on them, and then the game just got away from us. It was a tough one for us to endure, but Oregon State deserved to win.”

Oregon State struck for two runs in the top of the first inning against Hess when Rutschman smacked a two-run double, scoring second baseman Nick Madrigal and rightfielder Trevor Larnach.

The Beavers increased their lead to 5-0 in the third inning when third baseman Michael Gretler produced a run-scoring single, and Hess issued bases-loaded walks to Taylor and leftfielder Kyle Nobach.

Oregon State scored five more runs in the fourth inning as Rutschman lined an RBI double and Taylor delivered a two-run single to highlight the uprising.

The Tigers scored their only run in the bottom of the fourth inning when third baseman Jake Slaughter launched a solo homer, his eighth dinger of the season.