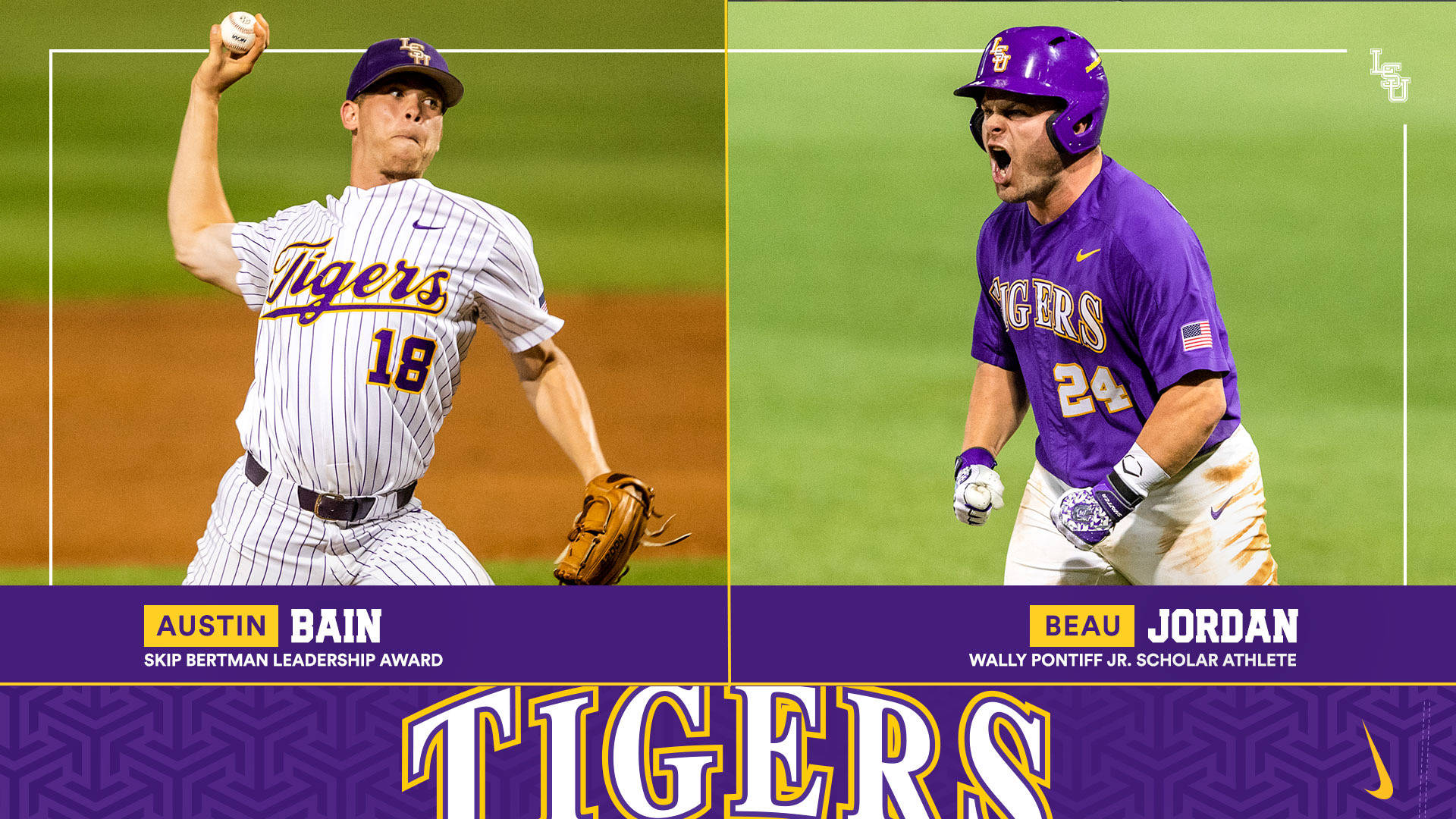 The team met to watch the NCAA Tournament bracket announcement on ESPNU.

“We’ve established a tradition here to honor two players each season who have distinguished themselves in all facets of our program,” Mainieri said. “Beau and Austin have each been with us for four years, and they epitomize what it means to be an LSU Baseball player.”

Just before the tournament field was revealed, Jordan received the Wally Pontiff Jr. Scholar-Athlete Award. Pontiff was an all-SEC third baseman at LSU who played for the Tigers from 2000-02 and died tragically in 2002 due to a heart abnormality. The award was presented to Jordan by Pontiff’s father, Wally Pontiff Sr.

Jordan, a native of Lake Charles, La., graduated from LSU earlier this month with a degree in general business, and he is hitting .300 this season with nine doubles, one triple, a team-high eight homers, 30 RBI and 44 runs.

Jordan was named in 2017 to the Southeastern Conference Academic Honor Roll.

Bain was then presented by its namesake the Skip Bertman Award, which goes to the player who best exemplifies the spirit of the LSU Baseball program. Bertman directed LSU to five national championships during his coaching tenure (1984-2001), and he served a highly successful seven-year term as athletics director.

Bain, a native of Geismar, La., is an outstanding two-way player who has excelled both at first base and as a relief pitcher. He leads the SEC in doubles with 21, and he is hitting .307 with three homers, 42 RBI and 33 runs.

On the mound, Bain – an SEC Academic Honor Roll selection in 2016 – has a 3.00 ERA in 17 relief appearances with six walks and 19 strikeouts in 18 innings. He graduated earlier this month with a degree in sport administration.