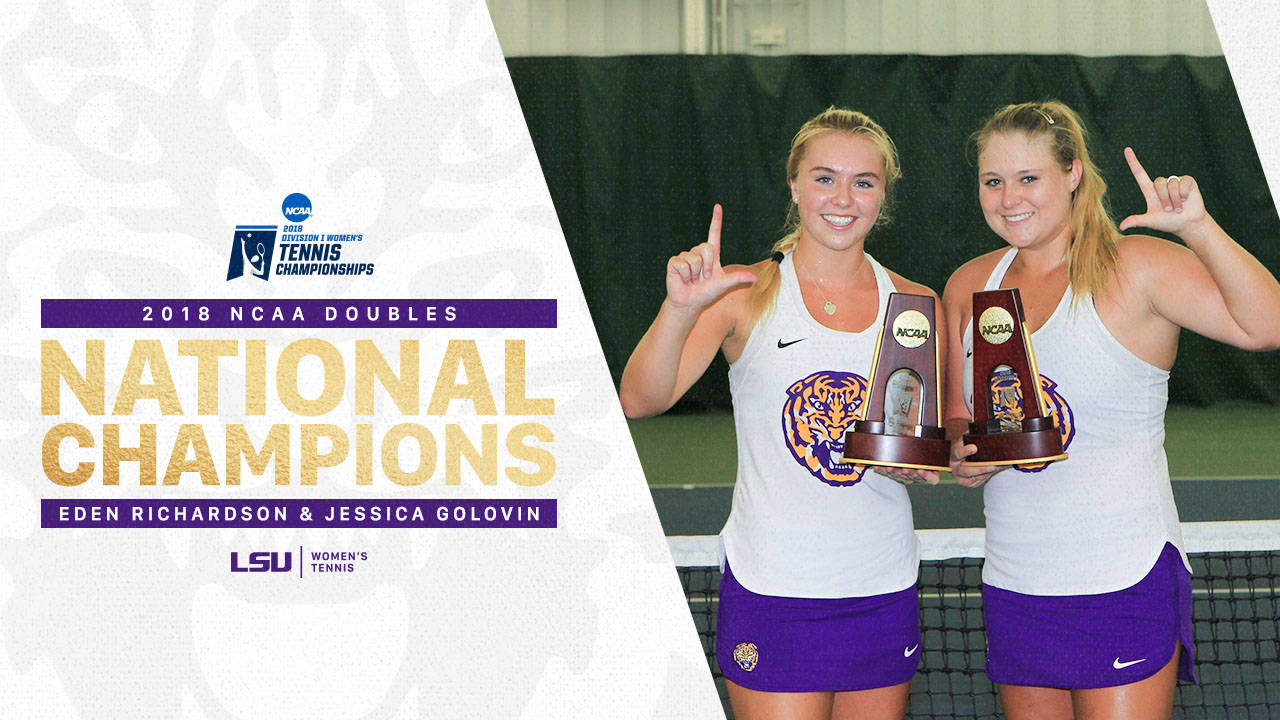 “This is huge for our program,” co-head coach Michael Sell said. “This win shows that LSU belongs among the teams that compete in the latter stages of tournaments and compete for the big trophies. We did it in the semis last year; this year we were able to take it two steps further. I’m really thrilled for every single girl on this team who stuck together and pushed each other all year.”

Against the country’s No. 13 ranked pairing of Vladica Babic and Sofia Blanco, Golovin and Richardson had the match in hand from the very first serve, defeating the Oklahoma State duo 6-3, 6-2.

Forced indoors yet again due to poor weather conditions, Golovin and Richardson wasted no time jumping out to an early 3-0 lead in the first set. They eventually built that lead to 5-2 and went on to win the first set, 6-3.

The Tigers picked up where they left off and were even more dominant in the second set, defeating the Oklahoma State pairing 6-2 to claim the national title.

“Today, all the hard work we have put in all year and all we learned throughout the tournament came through,” Richardson said. “We were so focused from the start and we didn’t have any dips in our play all match. I am so proud of Jess and what we just accomplished.”

The Tigers’ top pairing ended the season with a 19-8 record across all doubles competition and picked up its eighth win against a ranked doubles team, including six wins against top-15 opponents.

“I honestly have no words and this is the most amazing feeling ever,” Golovin said. “I could have only dreamt of something like this. I am so proud of Eden, as a freshman, to have played so well on this stage. This was an unbelievable way to end my junior season and I can’t wait to get back out on the court next year.”