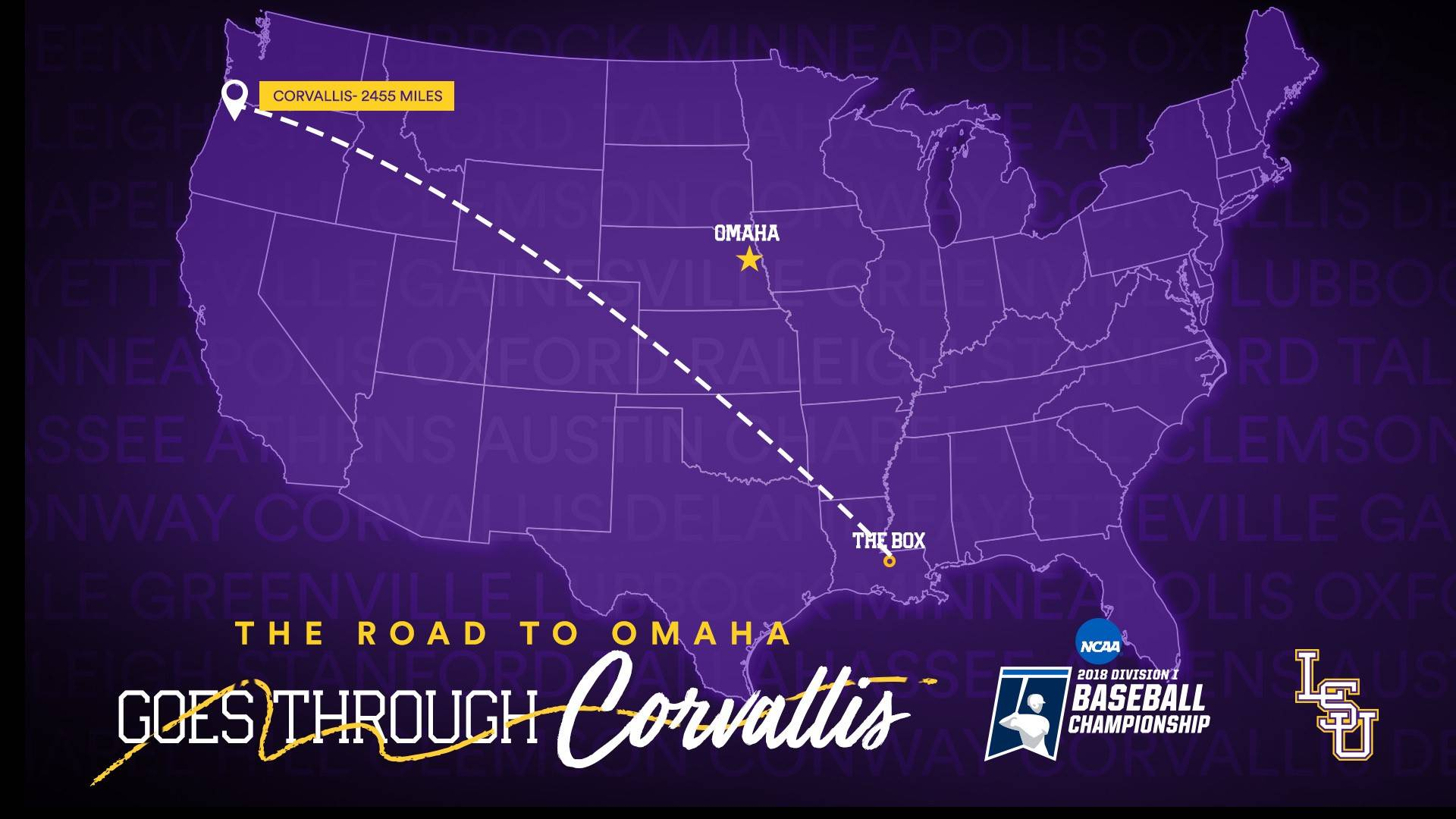 BATON ROUGE — After advancing to the Southeastern Conference Tournament championship last week, the LSU Baseball team locked up a No. 2 seed in the Corvallis, Oregon, NCAA Regional, it was announced Monday morning.

LSU (37-25) will face No. 3 seed San Diego St. (39-19) in the opening around of the four-team, double-elimination tournament starting Friday at 3 p.m. CT (1 p.m. PT). The game will be broadcast on the LSU Sports Radio Network, televised by ESPNU and streamed on WatchESPN.com.

“We earned a No. 2 seed, but probably not a high No. 2 seed, which probably meant that they put us into a Top 8 National Seed regional. It doesn’t really matter who you play. Once you get in the NCAA Tournament, everybody is good. Every team has either won a championship to earn their way into the tournament or they were so good that they got an at-large bid. You’re going to face a good team no matter where you’re sent, not matter what your seeding is, and that’s the way we’re going to approach it.

“So, we will take it one game at a time and try to win enough games before we lose two games in a weekend, so we can move to the next weekend. I’m proud that we did what we did this past week (in the SEC Tournament). It would have been nice to finish the job in the final game; of course, there are no moral victories, but we’re the first team in the history of this SEC Tournament format to have to play on Tuesday and make it all the way to the finals. Each of those four victories were unique in their own way and exhilarating in their own way. You want to win every game you play, so it was four more wins, but it also, I think, helped grow our confidence, team bonding and all those other things that give us belief that we can win games away from Alex Box Stadium.”