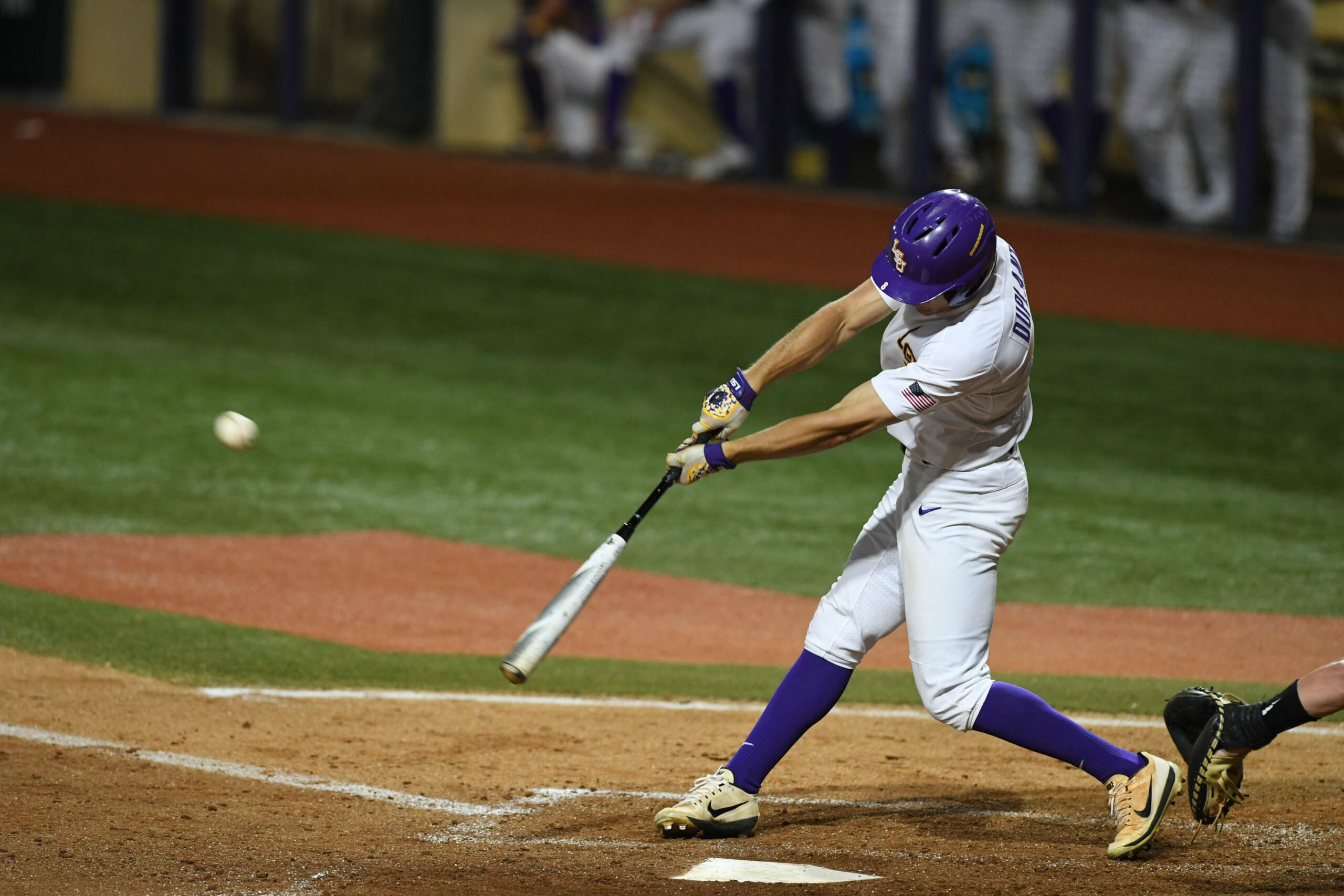 HOOVER, Ala. – Ole Miss broke open a close game with four runs in the seventh inning on Sunday and the Rebels claimed the SEC Tournament championship with a 9-1 win over LSU at Hoover Metropolitan Stadium.

Ole Miss improved to 46-15, while LSU, which was playing its sixth game in six days, dropped to 37-25. The Tigers will gather on Monday to watch the NCAA Selection Show and learn their regional destination.

The NCAA Selection Show will air at 11 a.m. CT Monday on ESPNU.

LSU went 4-2 in the SEC Tournament and became the first team to reach the championship game after having to play in the single-elimination first round on Tuesday.

“I’m so proud of this team for what it accomplished this week,” said LSU coach Paul Mainieri. “We came here with our postseason fate in doubt, and we firmly established ourselves as a team worthy of an NCAA regional bid. We had a lot of outstanding performances throughout the week that give us a lot of hope moving forward into next week.”

Ole Miss left-hander Ryan Rolison (9-4) earned the win in his relief appearance of the season. He worked two shutout innings, allowing no hits with one walk and three strikeouts.

LSU starting pitcher Caleb Gilbert (3-5) was charged with the loss as he allowed three run nine hits in three innings with no walks and one strikeout.

Rolison entered the game in the bottom of the sixth with a runner on base and gave up a single to LSU leftfielder Daniel Cabrera, putting runners at the corners with nobody out. However, Rolison retired DH Bryce Jordan on a popout, and he struck out third baseman Jake Slaughter and shortstop Hal Hughes to end the inning.

Ole Miss then struck for four runs in the top of the seventh against relievers Devin Fontenot and Trent Vietmeier. A two-run single by centerfielder Will Golsan and a two-run homer by rightfielder Tim Rowe highlighted the inning.

A two-run homer by pinch hitter Michael Fitzsimmons in the top of the ninth accounted for the final margin.

LSU took a 1-0 lead in the bottom of the first inning when rightfielder Antoine Duplantis doubled and scored on a double by Cabrera.

Ole Miss starting pitcher Houston Roth contained the LSU bats for most of his outing, allowing one run on four hits in 4.1 innings with one walk and four strikeouts.

The NCAA Selection Show will air at 11 a.m. CT Monday on ESPNU.

The 16 regional sites, with host institutions and records are as follows:

By being awarded a regional, all 16 host institutions have also been selected to the 64-team championship field.

Each regional field features four teams, playing in a double-elimination format. All 16 regionals are scheduled to be conducted from Friday, June 1 to Monday, June 4 (if necessary).