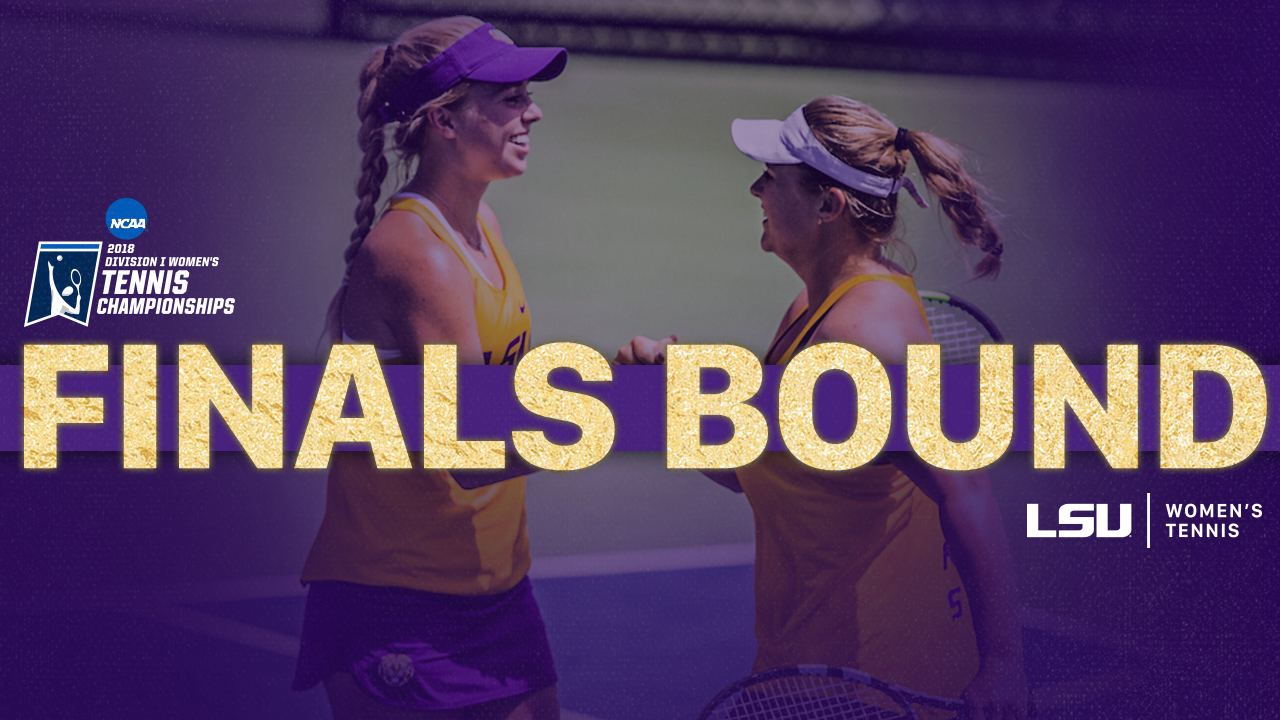 WINSTON-SALEM, N.C. — For the first time in program history, the LSU women’s tennis team will compete in the championship round of the NCAA Tournament after junior Jessica Golovin and freshman Eden Richardson won a three-set thriller Sunday afternoon at the Wake Forest Tennis Complex.

“As a freshman, from another country, I can’t believe we are here,” Richardson said. “Getting to play with Jess is amazing. It hasn’t hit me yet that we play for the championship tomorrow. Really, it still hasn’t hit me that we are All-Americans after winning the second match, let alone in the final. It is the most incredible feeling ever.”

Facing off against North Carolina’s No. 33-ranked pairing of Sara Daavettila and Alle Sanford in the semifinals, Golovin and Richardson dropped a close first set, 6-3.

The LSU pairing came out strong to start the second set, battling the Tarheel team to a 2-2 start before a brief rain delay halted action. Following the rain delay, Golovin and Richardson returned to the court with a vengeance, taking the second set 6-4 and forcing a decisive third-set, 10-point tiebreak.

The Tigers jumped out to an early 6-1 lead in the third set before North Carolina narrowed the lead to 6-4. Golovin and Richardson extended their lead to 9-5 and ultimately took the third set, 10-6, to advance to Monday’s championship round.

“We adjusted well when we need to adjust,” Golovin said. “They have a unique game-style, so it took a little while to get used to it. We had to go with our strengths and be as aggressive as possible. That is what got us to the final.”

The Tigers’ top pairing improved to 18-8 across all doubles competition on the season and picked up its seventh win against a ranked doubles team.