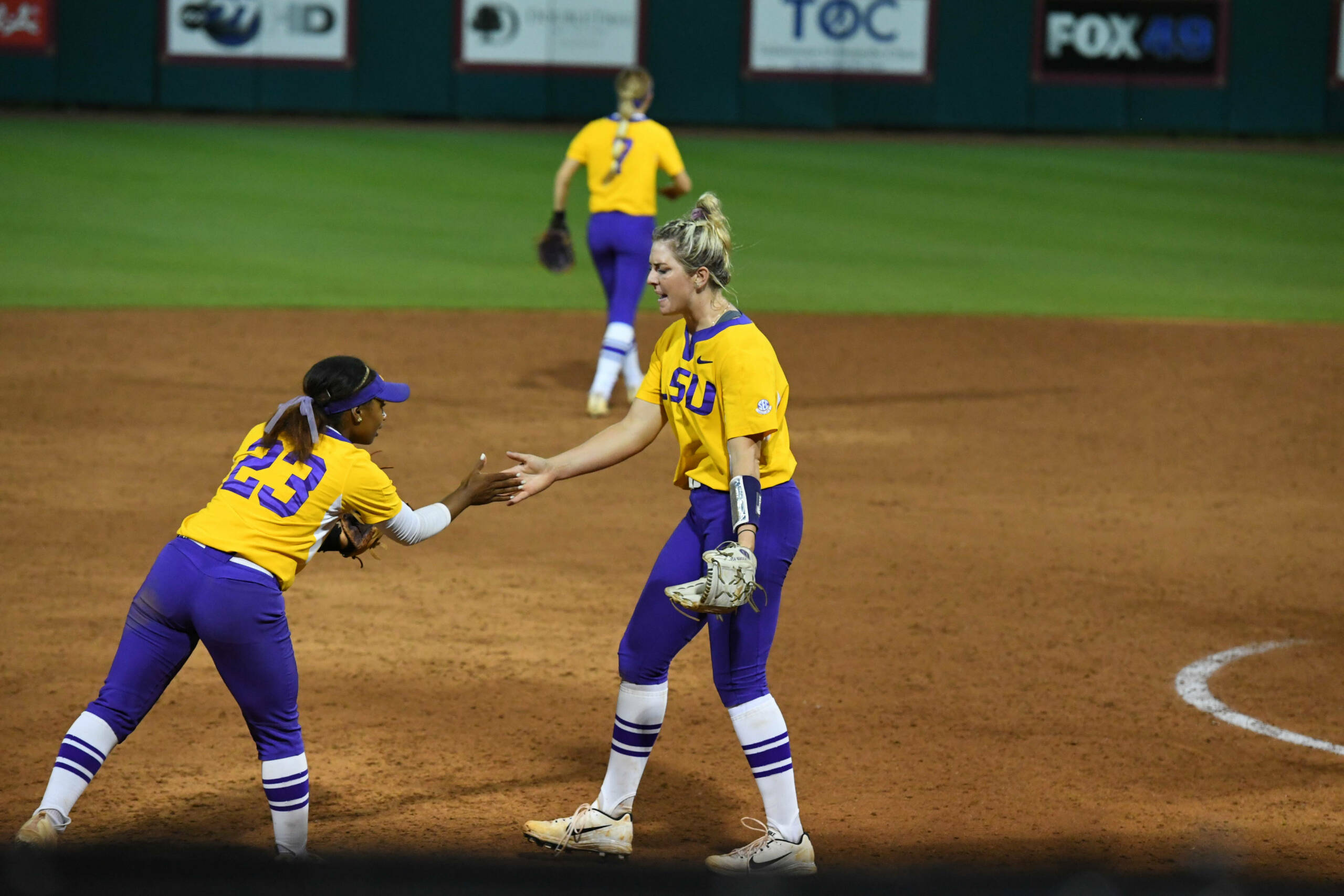 TALLAHASSEE, Fla. – No. 6 Florida State put up three runs in the 11th inning to force a winner-take all contest with a trip to Oklahoma City and the Women’s College World Series on the line.

The Seminoles took the second game of the contest, 8-5. The two teams will meet at 9:50 p.m. CT Saturday on ESPNU. Game three was pushed to Saturday due to expected weather in Florida on Sunday. Senior Allie Walljasper will make the start for LSU in the circle.

Florida State’s Meghan King went the distance to improve to 22-6 on the season. King allowed five runs on eight hits.

For the second-straight day, the Tigers got on the board first. Freshman Shelbi Sunseri took her first pitch of her first at-bat of the game through the right side to score Amanda Doyle from third.

Florida State answered on the bottom of the inning with four runs to take a 4-1 lead. The Seminoles hit a two-run home run to take the lead and used a squeeze bunt and a sacrifice fly to add on two more runs.

The Tigers had runners in scoring position in the third. Aliyah Andrews led off with a single back to the pitcher and Taryn Antoine followed with a double to left center. The two were stranded as the next three Tigers went down in order.

Shemiah Sanchez knotted the game up in the fifth inning, 5-5, with her first career grand slam on a 1-0 count, scoring Doyle, Griggs and Andrews.

The Tigers and the Seminoles went five scoreless innings, until the Seminoles hit two home runs to take an 8-5 lead in the top of the 11th.

The Tigers made a pitching change, going to Maribeth Gorsuch in the circle.